Ilya Samsonov is a Russian professional ice hockey player playing for the Toronto Maple Leafs of the National Hockey League (NHL). He plays as a goaltender. The Russian native made his KHL debut in the 2014-15 KHL season while playing in relief with Metallurg Magnitogorsk. Besides, Samsonov's NHL career kicked off when the Washington Capitals drafted him in the 2015 NHL Entry Draft as the 22nd overall pick.

Being a player from Russia, Samsonov has also played for the national team of Russia in many big tournaments, such as the 2012 & 2017 IIHF World Junior Championship (WJC). Not only that, Samsonov himself has taken home some titles, including the WJC18 Best Goaltender. With balancing his professional life, Samsonov is also doing well in his love life as he is married to his wife, Mariya Samsonov.

Ilya Samsonov Is Married to Mariya Samsonov: Their Relationship Timeline and Marriage

Ilya Samsonov is already married and lives happily with his girlfriend-turned-wife, Mariya Samsonov. The Samsonov couple dated for several years before tying their wedding knot. Ilya has not talked much about his dating life, but the ice hockey goaltender made his first post with Mariya on May 13, 2016, writing, "Without whom, there are no victories." In the photo, we can see the couple enjoying a trip to a beach. 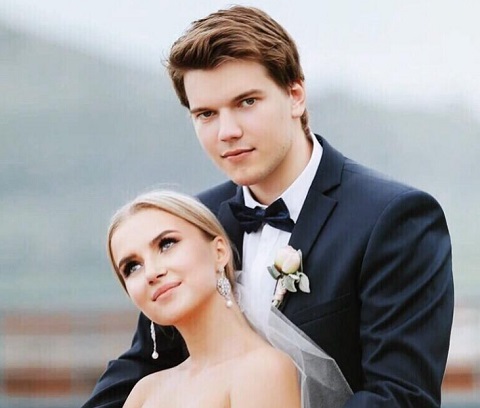 After that, the lovebirds also went on a holiday to Grand Canyon National Park. Looking at their social media posts, we can say that the duo loves doing adventurous stuff, including fishing. After being in a romantic relationship for some years, Ilya and Mariya thought of taking their relationship to the next level. So, in July 2019, the pair walked down the wedding aisle with their family and close ones.

Their intimate wedding ceremony was held in Magnitogorsk, Russia. Former Hershey Bears teammate Sergei Shumakov was one of the attendees. Moreover, we can find Ilya's wife on Instagram as @samsonovamaria98, but she has kept her account private.

Since July 2022, Samsonov has been playing for the Toronto Maple Leafs. He has a $1,800,000 contract with the team. Before joining the Toronto Maples, he was also a part of other teams with whom he had impressive deals. Considering his deals and earnings, it is speculated that Samsonov has over $2 million net worth. 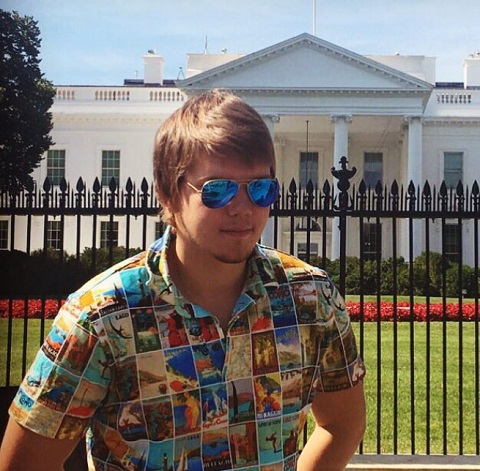 Samsonov is with the Toronto Maple Leafs and taking home a fair salary. Besides playing in the NHL, Ilya is a national player playing for the ice hockey national team. So, a Russian player earns an average annual salary of $425,000.

Having a net worth in the six figures, Samsonov relishes a lavish life and flaunts it via his Instagram handle. Being a professional ice hockey player like Alex Nedeljkovic, he may have worked with some brands. Furthermore, Samsonov explores beaches during his spare time. 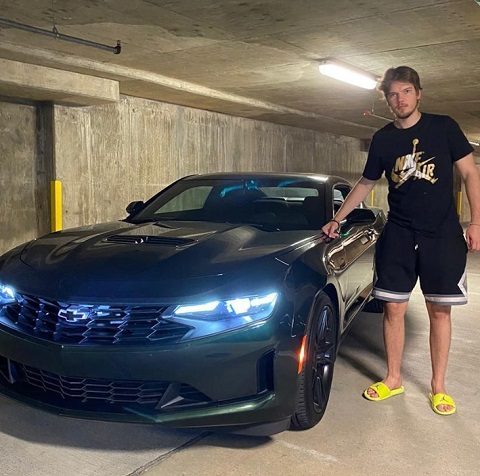 Ilya Samsonov showing one of his cars.  SOURCE: Instagram @samsonov_30

In October of the same year, Samsonov shared the news of owning his new ride, the Chevrolet Traverse SUV, which costs over $33,920.

The professional ice hockey player began playing junior hockey with the Stalnye Lisy in the 2014-15 season. His KHL debut came with Metallurg Magnitogorsk in 2014. After playing in the KHL for a few seasons, he came to the Washington Capitals to play in the 2017-18 season. For the 2018-19 season, he played with the Hershey Bears, an American Hockey League (AHL). 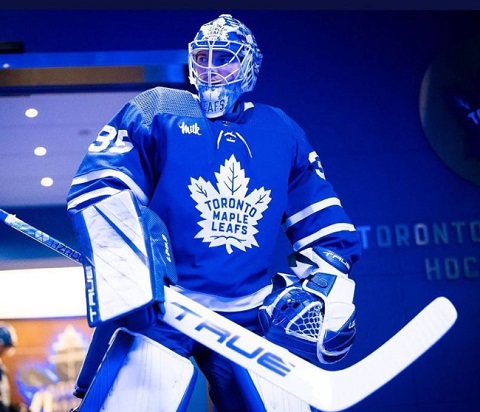 Ilya Samsonov in one of his NHL games.  SOURCE: Instagram @samsonov_30

Representing the Washington Capitals in many games, Samsonov helped them to win some games too. Later, he was a free agent, and on July 13, 2022, he signed a deal with the Toronto Maple Leafs.

While playing in many games, Samsonov has suffered some injuries. In the 2018-19 season, Samsonov encountered a lower-body injury that took him nearly a week to heal. In 2020, the Capitals were preparing for the Stanley Cup playoffs. However, Ilya could not represent his team as he again suffered another injury. On November 2022, Samsonov suffered a knee injury during the Maple Leafs' 2-1 win over the Bruins. He was injured during Brad Marchand's penalty shot attempt in the second period. Later, he recovered, and he played actively for the team.

Details To Know About Ilya's Parents and Family

Ilya Alexeyevich Samsonov was born on February 22, 1997, in Magnitogorsk, Russia. Samsonov was raised by his mother, Natalya, while his father's name remains unknown. The 6 feet 3 inches tall player became an ice hockey fan due to the influence of his grandfather.

So, Ilya chose the goaltender position because he liked the look of the equipment. Further information regarding his other family members remains unknown as he hasn't given much info to the press.