2019 MLB All-Star Hyun-jin Ryu is a South Korean professional baseball starting pitcher who is currently a free agent. Most recently, he played for the Los Angeles Dodgers of MLB. Besides, he was pitched for the KBO's side Hanwha Eagles (2006–2012).

Ryu's last one-year, $17.9 million contracts with Dodgers has added tremendous value to his back account. Earlier, he inked six-year, $36 million deal with the team.

Before MLB, the hunk played for the KOB side Hanwha Eagles (2006–2012). According to the source, the KOB rooster makes $1 million per annum as a salary.

Analyzing his contract and salary, his net worth in 2019 is over $30 million.

Soon after Ryo signed with Dodgers, he scored a lavish mansion at The Ritz-Carlton Residences at L.A. LIVE. The luxury-branded estate offers Ritz-Carlton VIP treatment and amenities right in the heart of LA’s sports and entertainment district. 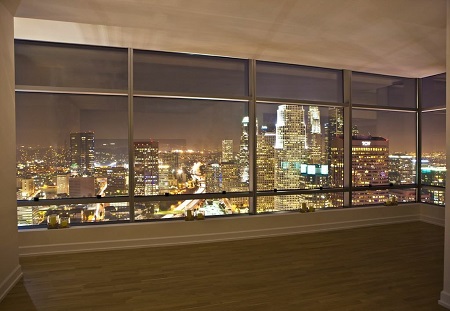 Furthermore, the 2,125 square-foot residence is a 2-bedroom plus-den condominium on the northwest corner of the building, featuring breathtaking views of Downtown, Hollywood Hills and Santa Monica. 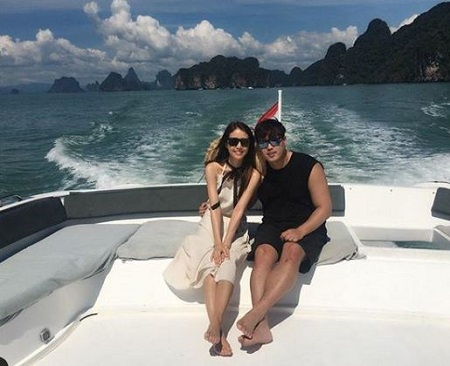 The couple publicized their love affair in 2017. At the time, they were already talking about getting hitched. The lovebirds shared their engagement photos in December 2017. 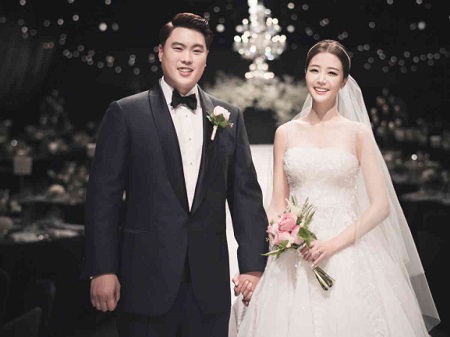 On 5th January 2018, Ryu Hyun-jin and his fiancee exchanged the vows after dating over two years. Their wedding ceremony was held at Shilla Hotel in Seoul, which was officiant by Ryu’s former manager in South Korea with the Hanwha Eagles and South Korea’s biggest celebrities, Yoo Jae-suk, served as the master of ceremonies.

On October 11, 2019, the couple announced they are expecting their first kid.

Know More About His Wifey

Ryu's spouse, Bae, is a graduate of  Sogang University, who holds a degree in English literature.

She is a former model who has been hosting nightly baseball highlight shows on cable television for several years. What's more, she is a famosu television host and sports announcer from South Korea who worked as a news anchor for MBC Sports Plus, SBS Sports as well as SBS ESPN.

Hyun-jin Ryu was born to parents: Jae-Cheon Ryu and Seung-Soon Park. He holds a South Korean nationality who came from an Asian ethnic background. At his 10, his dad bought him a lefthander’s glove that goes on the right hand, so Ryu learned to pitch with his left hand.

He enrolled at Incheon's Dongsan High School and has a master's degree in community physical education at Daejeon University.