Hugo Grenier is a skilled tennis player hailing from France. He owns an 89-83 Challenger record (2-1 in finals), winning titles at 2021 Roanne and 2022 Segovia. Grenier plays in the ATP and has also won some titles due to his outstanding performances.

Furthermore, Grenier reached the No.1 ranking position at age 17 in October 2013 in the junior World Ranking. He broke into the Top 200 at age 25 in October 2021 and achieved a career-high No. 119 in August 2022. Besides, Hugo defeated Molcan in ATP Tour main draw debut in 2021 Antalya. With winning some games, he has also bagged decent prize money.

Hugo Grenier's Net Worth and Prize Money Revealed: His Sponsors 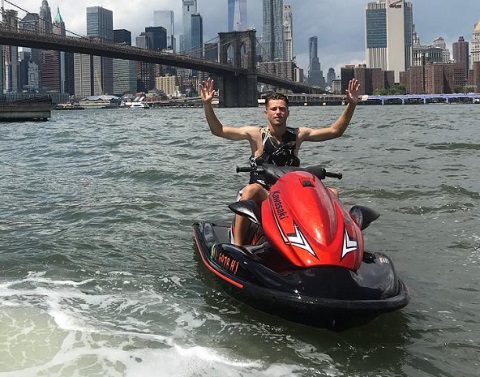 Being a tennis player, Grenier has also worked with sports brands. We can see him using rackets from Tecnifibre. He has an apparel deal with Lacoste.

Does Hugo Grenier Have a Girlfriend?

Grenier does not have a girlfriend. The tennis player is enjoying a solitary life and is focused on his career rather than searching for a partner. Since 2013, he has been making regular posts on Instagram. Grenier has shared many posts from his IG account about his professional games and events.

However, Grenier has not made a single post about his love life. Due to that, it can be said that he is a private guy like another tennis player, Matteo Arnaldi.

Hugo Grenier was born to his parents on March 23, 1996, in Montbrison, France. His father, Herve Grenier, is also a former professional tennis player. 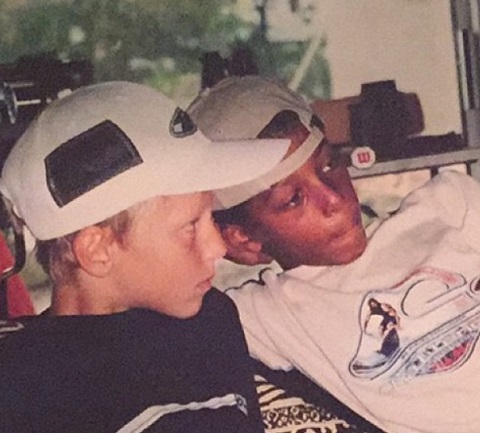 Further details regarding Grenier's family background remain unknown as he has not discussed much in the media.

Hugo's father, Herve Grenier, is a former French professional tennis player. He turned professional in 1992. Herve made his only ATP Tour main draw appearance as a qualifier at the 1994 Grand Prix de Tennis de Lyon. In 1995, he reached his career-best singles world ranking of 443. 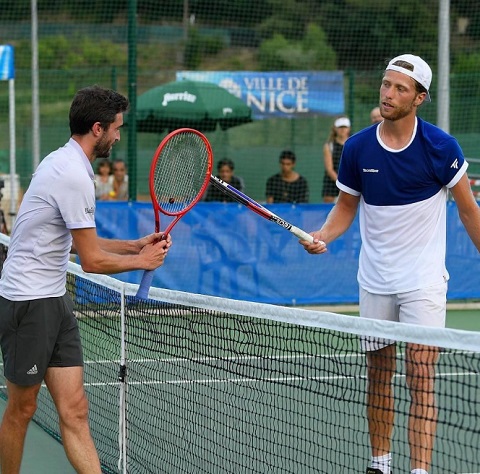 Hugo Grenier in one of his professional games.  SOURCE: Instagram @hugogrenier96

In the same year, Grenier also played in the French Open. Besides, Herve is the uncle of basketball player William Howard, the son of one of his sisters.