Hugo Gaston is a professional French tennis player. Currently, he is trained by Marc Barbier. He is a right-handed player whose playing skill has amazed everyone. In 2022 he achieved his career-high ATP ranking in singles, world No. 58. Further, the player won the 2018 Australian Open – Boys' doubles title with compatriot Clement Tabur.

Hugo was born on September 26, 2000, in Toulouse, France, where he started his junior career. He has been active in the field since his young career and has won multiple titles since his junior career. He has also won the Boys' Doubles at the Australian Open with fellow countryman Clement Tabur. The same year, Gaston was named the flag bearer for his national country, France, at the Youth Summer Olympics in Buenos Aires, his greatest achievement as a junior tennis player. He was also one of the finalists at the ITF Junior Masters, where he faced and lost to Tseng Chun-Hsin.

Everything On Hugo Gaston's Net Worth

Hugo is a rising tennis player whose playing history has a long list. So, his prize money as of 2023 is $1,612,993. Playing for multiple titles and events, the player has amassed huge earnings. Hugo's current net worth is estimated to be above $ 500,000. 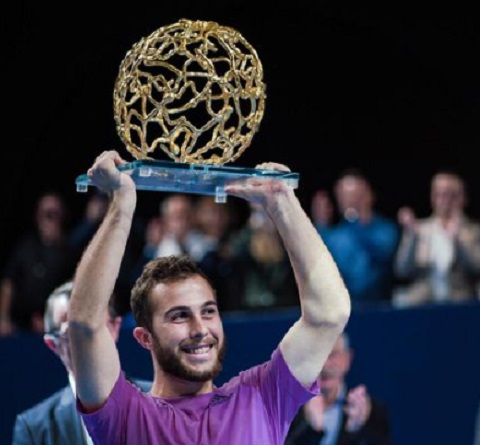 As mentioned earlier, Hugo earns most of his earnings from his professional tennis career. However, he might also earn valuable money from his brand commercials and endorsements. As Adidas Tennis sponsors Gaston's apparel, and he uses Wilson's racket. 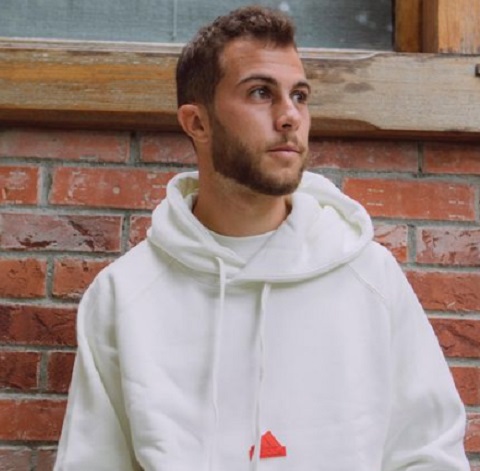 Previously he was supported by ASICS Tennis. Likewise, Hugo often posts pictures featuring these brands and tags them in each of his pictures. Gaston doesn't talk much about his endorsement deals and commercials openly on the web sources.

Is Hugo Married To Laetitia? Know About His Relationship Status

Laetitia is the beautiful girlfriend of the professional tennis player Hugo. The lovebird has been in a relationship for over two years. Both partners kept their relationship status confidential at the beginning and made it official through an Instagram post. Tennis fans are curious whether they are married, but the player is not married at the moment norther has they dropped any hints about their plans. 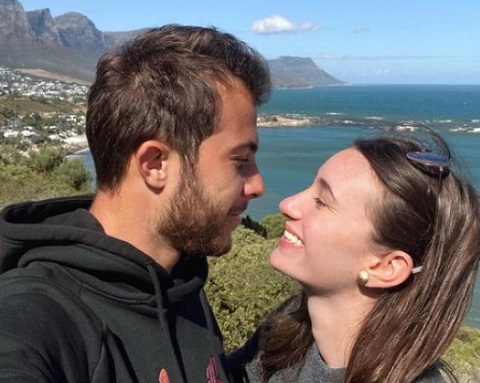 Both of them focus on their careers, and fans must wait longer to see their favorite couple in wedding attire. The couple often shares a great time and travels to many places. Despite his popularity, the player has never been through any controversies or linked with any women, so not much is known about Gaston's past lovelife.

The tennis player Hugo started his professional career in 2018 after turning professional. In 2018 he received a wildcard into the main draw of the 2018 Open 13. And Gaston also earned another wildcard into the 2018 French Open qualifying; sadly, he lost in the first round. The tennis player made his comeback in 2019 with no ranking points to his name.

The same year, Gaston again earned a wildcard into the French Open qualifying draw. Likewise, he started his 2020 season at Noumea by defeating Yan Bai. Regarding his 2021 career start, Hugo defeated World No. 20 at the 2022 French Open.

Additionally, the tennis player has a huge fan base for his unique playing style. He is also known for his unique style of play. Hugo takes great advantage court, like many left-handed players, with his wide serving. Oscar Otte is another professional tennis player trained by Peter Moraing.

Hugo Gaston's Early Life and His Height and Weight

Hugo spent most of his youth career in his birthplace, France. Gaston's parents are Thierry Gaston,  but the name and further details of his mother still need to be added to the online sources. Similarly, he has a brother named Anthony Gaston. The tennis player keeps his family details away from public appearances, so only little is known about Hugo's bloodlines.

Furthermore, Gaston is 5 feet 8 inches tall and weighs 68 kg. He has a great physical appearance like the tennis player Matteo Arnaldi, who measures his height at 6 feet.