Hugo Dellien is a Bolivian professional tennis player who turned professional in 2009. He represented Bolivia in the 2020 Summer Olympics. Dellien is yet to win a major title in the ATP and Grand Slams. On February 2, 2015, Dellien achieved a career-high ATP doubles ranking of No. 185.

Likewise, Dellien qualified to represent Bolivia at the 2020 Summer Olympics. He has also represented his nation at the Davis Cup, with a W/L record of 26-10. Dellien has also played in the Australian Open, French Open, Wimbledon, and US Open. He participated at the 2019 Rio Open and defeated Carlos Berlocq.

How Much Is Hugo Dellien Net Worth? His Prize Money

Dellien has an estimated net worth of over $500,000, similar to Ecuadorian tennis player Emilio Gomez's net worth. Since 2009, he has been a part of major tournaments, and his performances have helped him make a decent profit. At this post's time, Dellien collected prize money of $1,350,395. 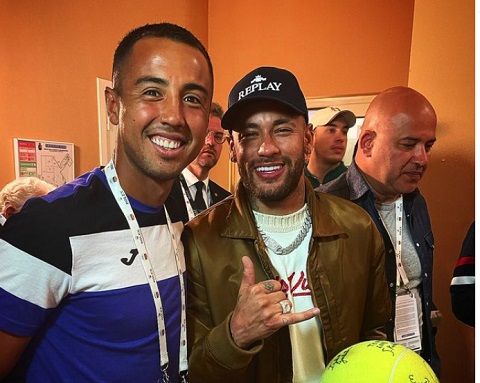 While playing in ATP tournaments, Dellien has earned more than $300,000. Likewise, his prize money earned from grand slam games is above $800,000. Furthermore, Dellien is still playing actively, and there is no doubt that his income will rise.

Being a professional tennis player, Dellien has worked with some brands. He uses rackets from Babolat. Meanwhile, his apparels are from Joma Sport. Magda Linette has also worked with Joma Sport. 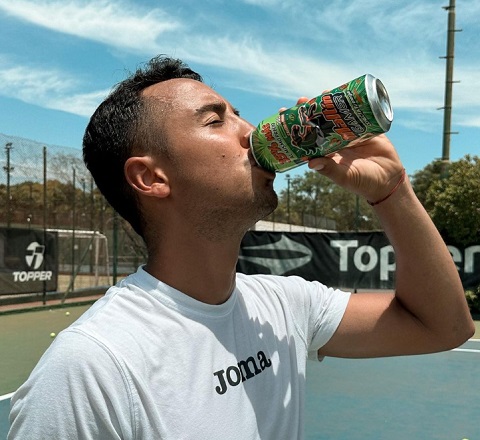 Moving into his love life, Dellien is a happily married man. He lives blissfully with his beloved wife, Liz Camila Giangreco Campiz. They have been in a marital relationship for a long time. Due to the lack of information, it is unknown when they got married.

Besides, Dellien and Capiz often share their snaps in many places. The duo features their loving moments on Instagram. We can find Dellien as @hugodellien, while his wife uses IG as @camigiangrecocampiz. Being married for a long time, the couple has also started their own family. 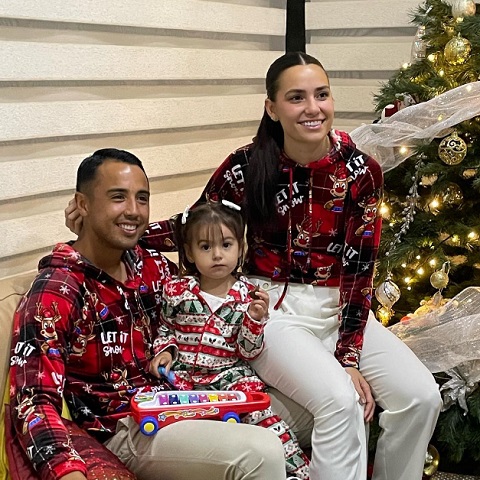 Hugo Dellien with his wife and their daughter. SOURCE: Instagram @hugodellien

The duo welcomed a daughter named Mila. Dellien often shares snaps with his wife and child on social media.

Camila Campiz is a former Paraguayan professional tennis player. Campiz won two singles and 20 doubles titles on the ITF Women's Circuit. She reached her best singles ranking of world No. 500 on November 20, 2017.

Meanwhile, Campiz peaked at No. 403 in the doubles rankings on October 1, 2018. Alfredo de Brix coached her. Campiz's last match on the pro circuit was in November 2018.

Hugo Dellien Jr. was born in Trinidad, Bolivia, on June 16, 1993. His loving parents, Hugo Sr and Silvana, raised him. Dellien is his biggest inspiration. Together with his father, Dellien also has an ice cream business. 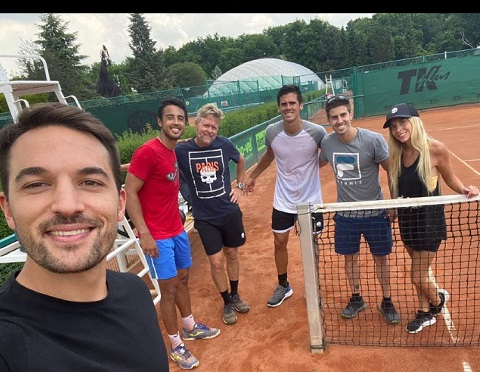 Dellien is not only his child's parents, as he was raised with his two siblings, and both brothers, Iker and Murkel. His brother, Murkel, is also a tennis player at Wichita State University.