World Series Champion Huascar Jose Ynoa is a Dominican professional baseball pitcher for the Atlanta Braves of the Major League Baseball (MLB). Huascar made his major league debut against the Philadelphia Phillies in 2019, where he had an outstanding performance. The World Series Champion is the brother of Michael Ynoa, who played in Major League Baseball.

Huascar was born on the 28th May 1998 in the beautiful town of Puerto Plata, the Dominican Republic, where he grew up playing baseball with his brother Michael who also has played in the Major Leagues.

As the brother had a passion for baseball, Huascar and Michael played baseball during their childhood a lot. The two of them practiced baseball in th backyard of their house. Huascar's parent has always been supportive of them since their childhood.

In 2014 July, Huascar signed with the Minnesota Twins as an international agent where he played for the DSL Twins, GCL Twins, and Elizabethton Twins.

After years in Twins, The World Series Champion was traded to the Atlanta Brave in exchange for Jaime Garcia and Anthony Recker, who played for the Danville Braves during the 2017 season. 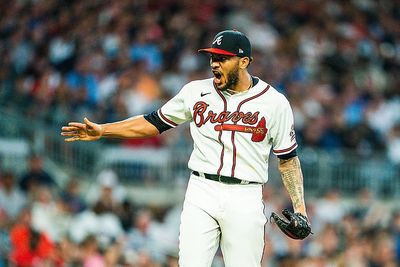 Huascar made his major league debut against the Philadelphia Phillies in 2019, where he had an outstanding performance. The World Series Champion had his first home run in the year 2021. Later, Huascar was listed on the injury list after a fractured right hand.

After recovering from the fractured right hand, Huascar played the 2021 postseason, where he, along with his team, won the 2021 World Series.

The Dominican baseball pitcher has always been a successful and hardworking baseball player since his young age. Making a debut in the Major League and playing for such a reputed club already means Huascar has earned well. Huascar lives a luxurious life. He has always been a successful baseball pitcher. The World Series Champion has years to go for him, which certainly will increase his net worth. Huascar's networth has been estimated to be $1-$5 million approximately.

Who is Huascar Ynoa dating? (Affair and Girlfriend)

Huascar, alongside his professional life, The World Series Champion, is dating Reyna, whose information has not been flashed out yet. The couple has been seen hanging out during their vacations.

The Dominican baseball pitcher has posted a picture showing a ring to her girlfriend, which means he might get it in the coming years. Reyna has always been his prime supporter for a long time. 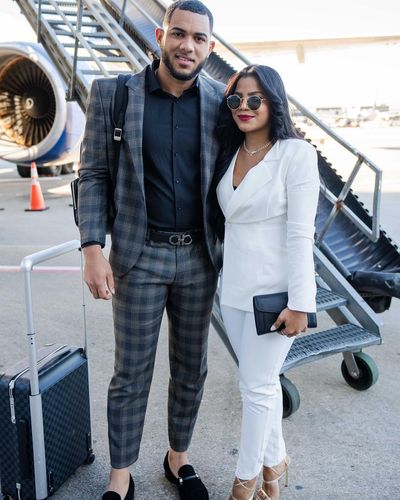 Huascar's previous relationship has not been flashed out yet, and it remains a mystery. The couple has beautiful years ahead of their life.

Huascar is active on social media and frequently posts about his professional achievements and private life. The World Series Champion Instagram goes by theynoa followed by 27.7K followers.