Gossip How Much is Connor McDavid's Net Worth, Know About His Net Worth, Salary and Contract Details in the NHL

How Much is Connor McDavid's Net Worth, Know About His Net Worth, Salary and Contract Details in the NHL

Besides the NFL, National Hockey League pays the athlete very well. As such, the NHL player Connor McDavid owns a massive net worth. Again, McDavid signed a long-term contract Edmonton Oilers. Through the said deal, Connor bagged millions of dollars annually. The six-foot-1-inch Canadian hockey player enjoys a lavish life from his salary.

Connor Andrew McDavid found his extraordinary talent on the ice during his childhood. McDavid played ice hockey with and against older kids in his neighborhood. Likewise, the talented Canadian athlete won four Ontario Minor Hockey Championships. After completing his junior league, Connor became the youngest team captain at 19 with the Oilers.

Connor McDavid owns a net worth of millions in his mid-20s!

Connor McDavid started his career in season 2015-16. During this, Connor signed an entry-level contract with the Edmonton Oilers. Currently, he holds a long-term contract with the Oilers. The Canadian hockey star, McDavid, owns an estimated $25 million as his net worth. 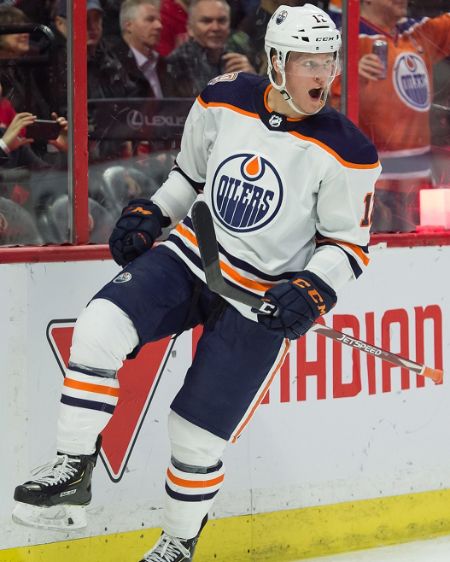 Connor McDavid played for Edmonton Oilers for over half a decade and earned a huge net worth from the salary he gets from the Oilers. SOURCE: [email protected]

Over the years, Connor managed to earn his wealth from two major sources. Firstly, McDavid earns a massive salary from his team. The Canadian athlete also brings in huge money from endorsement deals.

Connor Brings in over $12 million Annually!

Connor McDavid earns millions of dollars from his salary alone. Currently, the Edmonton Oilers pay Connor a whopping $12.5 million per season. Likewise, McDavid earned a much lower salary in his initial years.

In Connor's starting years in NHL, he signed a three-year entry-level contract with Oilers. At the time, his deal with the NHL team was worth $11.3 million. McDavid bagged $3.7 million annually during his early years in NHL.

McDavid signed an eight-year extension contract with Oilers in 2017!

Connor McDavid shined like a diamond in two years of his entry-level contract. After that, the Edmonton Oilers enticed him with a massive pay upgrade! On July 5, 2017, the Canadian hockey player signed an eight-year contract with the Oilers. 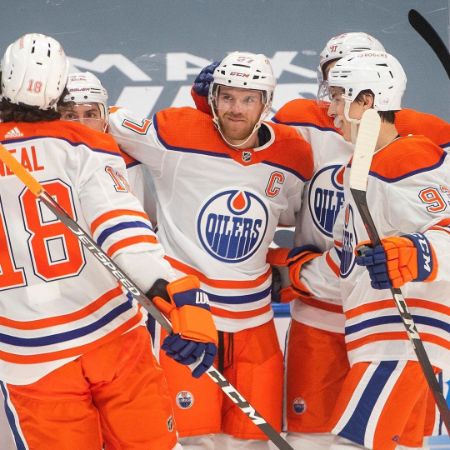 Connor's multi-million deal with his team started in the 2018-19 season. Also, the extension deal of McDavid was worth $100 million. Similarly, his annual salary cranked to $14 million starting in 2018.

Connor and his endorsement deals!

One of the most significant ways an athlete draws money is through endorsements. Given Connor McDavid's success in his sport, it's no surprise he holds multi-million sponsorships. 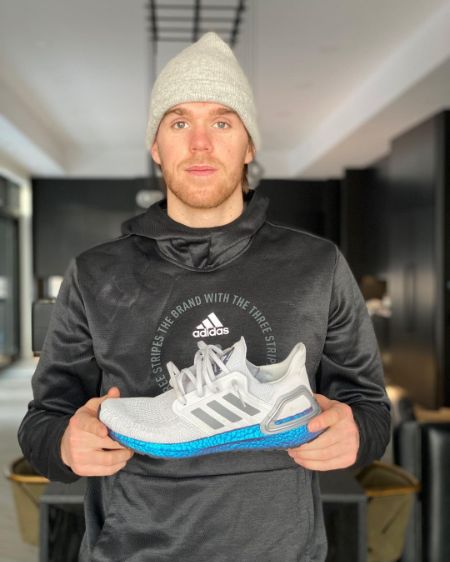 Connor McDavid posted a picture while he showed off his Adidas gear, with whom he signed an endorsement deal. SOURCE: [email protected]

McDavid commands an immense fortune; sure, he can afford supercars. However, the Canadian Hockey star prefers his Range Rover. The celebrated hockey player drives a white range rover. His car costs $66,000 and upwards to $70,000+ depending on add-ons.

Connor McDavid lives with his girlfriend in a multi-million mansion in Edmonton, Alberta!

As established, Connor McDavid is a wealthy man. So, forking up a million or two wasn't a deal breaker for McDavid when building a home. Connor and his girlfriend built their dream house, spending a heft sum. After the eight years extension, Connor and his girlfriend, Lauren Kyle, took their housing seriously. As such, the couple wanted a place to call home, not just a house. But, the market didn't have an ideal place for the couple.

Finding little success in their househunting, Conor and his partner, Lauren, decided to build their own. So, the NHL player spent millions on their three-story house near the North Saskatchewan River Valley.

After finishing his multi-million house, Connor McDavid showed his home to Architecture Digest. However, fans found his taste, rather Lauren Kyle's, bland. Fans trolled the Canadian athlete on the internet regarding his house!

Over the years, the NHL player dabbled in many different charities. Most recently, Connor McDavid pledged $100,000 to Ben Stelter Fund!

Even in his early days, Connor supported various charitable organizations. In 2018, McDavid donated $85,000 to Edmonton's indigenous community for the kids to play sports.