Henry Davis is a talented American baseball catcher who plays college baseball for the University of Louisville's team, Louisville Cardinals. Previously, he played the sport for his high school team.

Hailing from the suburbs of Bedford, New York, Henry Davis was born in 1999. He celebrates his birthday on the 21st of September every year. As of this writing, he is 21 years old. Likewise, his zodiac sign is Virgo.

As for his academics, he first went to Fox Lane High School, located in his hometown. Afterward, he enrolled at the University of Louisville where he is majoring in sports administration.

Henry Davis started playing baseball as a professional during his high school days. He hit .429 in his junior year and .441 in his senior year (with 7 home runs and 32 RBIs). Due to his good performance in the four years, he was rated the best catcher in New York by Perfect Game and named twice in First-Team All-State Selection. 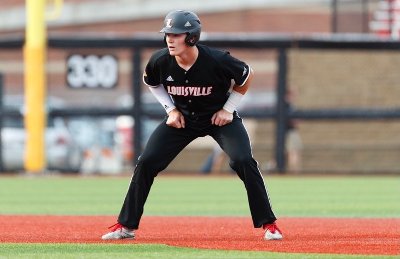 Additionally, he also earned all-state honors and was named the Section 1 Player of the Year. After the end of his high school, he declared his name for the 2018 Major League Baseball (MLB) draft. To his bad luck, he went undrafted.

Afterward, he enrolled at the University of Louisville and began playing for the Louisville Cardinals. In his true freshman year, in 2019, he managed to impress everyone with his performance. He made a total of 45 appearances, with starts in 35 games, and hit .280 with 23 RBIs and 3 home runs.

In his sophomore year, in 2020, he played in 14 games and hit .372 with 13 RBIs and 3 home runs. Sadly, the rest of the season was canceled due to the COVID-19 pandemic. Nonetheless, it didn't affect his performance at all.

In the 2021 season, the New York native hit .370/.482/.663 with 48 RBIs and 15 home runs. He also registered 31 walks and 24 strikeouts in over fifty games. For his excelled performance, he received All-American honors and was also named to the All-Atlantic Coast Conference First-Team.

Davis is currently eyeing the 2021 MLB Draft which will take place from July 11–13, 2021. His performance has caught the eyes of different MLB teams and he is regarded as one of the top prospects that might get drafted within the first 10 picks.

The 21-year-old baseball catcher's career earnings and net worth are not disclosed and are still under review. It is because he is still playing college baseball. And, as we all know, college baseball players don't have a great source of earnings.

Nonetheless, it can be assumed that he doing some side-job and earning a decent sum. In addition, if he gets drafted in the 2021 MLB Draft, his earnings and net worth will drastically increase. It is reported that the starting salary of a newly drafted MLB player is $555,000, with the figures increasing considering the player's stats.

The American baseball player's present relationship status is single. He is relishing his single time by playing the sport he loves and by going on vacations. There is also no news of Henry having a girlfriend in the past. 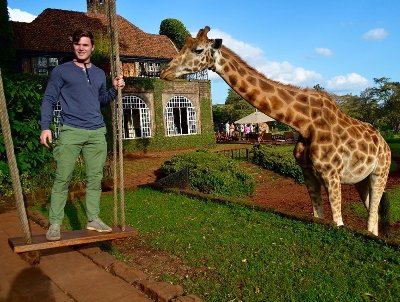 He also not that much active on social media and rarely shares pictures on the internet. His Instagram handle only consists of 21 posts, in which the pictures are mostly related to his career.

As a result, it is believed that he doesn't have a girlfriend as of now.