Henrik Norlander is a well-known Swedish Professional golfer. He has been playing professional golf since 2011. Henrik has two major tours, which include a Korn Ferry Tour and a Challenge Tour. Henrik got a chance to represent Sweden at the Eisenhower Trophy in 2008 and won the bronze medal.

Henrik Norlander was born Henrik Anders Norlander on March 25, 1987, in Danderyd, Sweden. He is the only child born to Elisabeth Norlander and Anders Norlander. His father is a lawyer. Henrik started playing tennis and golf in his initial days but took golf at the end. Norlander stands six feet and four inches tall and weighs 95 kgs.

Henrik Norlander has an estimated net worth of more than $3 Million. He has played in more than 80 events. Norlander earns a reasonable sum through his advertisement deals, contract, sponsorships, and few more sources. In his professional career, he has made a total of $3,302,271 as his prize money. His earnings so far in 2021 is $970,898. 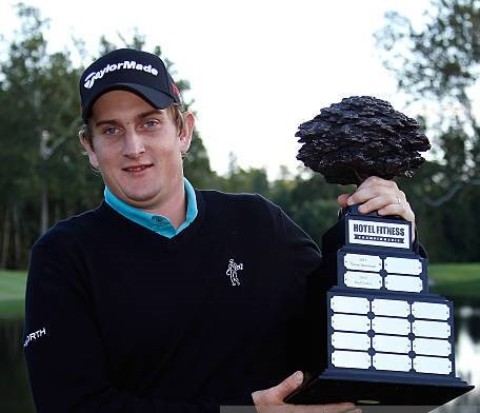 The golf player took home $401,958 in his rookie year from PGA. Henrik reached his million-dollar earnings in the 2016/17 season when he made $498,000. Last season, he earned $1.1 Million, which remains his highest earnings in a season. Henrik has made the highest from The RSM Classic, earning $668,000 from five appearances.

Henrik and Julie Anderson tied their wedding knot in November 2014. The love birds dated each other for sometime before tying their wedding knot. They had a private wedding ceremony where they invited only a few members and some close friends. The couple met each other at Augusta State University. 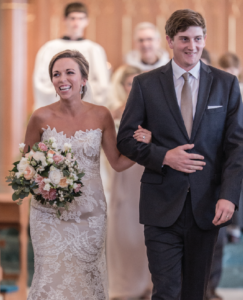 On December 14, 2013, Henrik proposed to Julie at the Dallas, Texas, in a close friend's home. She accepted the proposal and was engaged. The engagement announcement was in the newspaper the next day, and the two turned their attention to their wedding. Soon after the wedding, the love birds welcomed their first child, a son. Henrik has become very much successful in keeping his son out of the public.

Henrik started playing golf at Fågelbro Golf & Country Club, but he later came to represent Djursholm Golf Club. He won several titles in his amateur days. The Swedish golf player also played golf in his University and won the 2010 NCAA Division I Championship. He was ranked in 10th position in his amateur days.

After turning professional in 2011, Norlander made his professional debut at the Zurich Classic of New Orleans. He won his first tour at the 2015 Hotel Fitness Championship. In 2019, Henrik won the Wichita Open and qualified for the 2020 PGA. At the 2021 Farmers Insurance Open, he finished at a tie for second.