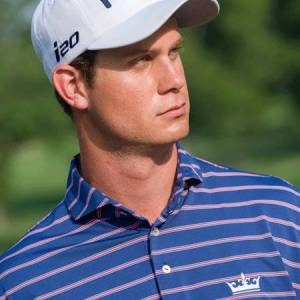 Harris English is an American golfer by profession who is a member of PGA Tour. He turned professional in 2011, whereas he qualified as a PGA Tour player in 2012. His first official play tour was at the Nationwide’s Tour Soboba Golf Classic and ended up as runner up for it. His first PGA Tour win was in 2013 at the FedEx St. Jude Classic in Memphis. He is currently playing for Team Callaway. Till date Harris has claimed a total of two amateur wins which includes Georgia State Amateur and Southern Amateur, two PGA Tour wins which includes FedEx St. Jude Classic and OHL Classic at Mayakoba, one Nationwide Tour win and one other wins and is still planning to win more in future.

He was born on July 23, 1989 in Valdosta, Georgia but currently resides in Sea Island, Georgia. He has done his high school from The Baylor School where he was the 2005 Tennessee individual state medalist. Later, he joined the University of Georgia in Athens for his further studies on business. He was a player of the Bulldog golf team while he was a high school junior in University of Georgia.

Moving on to his personal life, there are very less information disclosed about it as he merely talks about his personal life. The only known fact is that his father belongs from a football background. Beside this there were also a strong rumors taking place about Harris being in a relationship with his friend’s wife’s roommate, Becca Caldwell. Harris and his friend who were apparently the roommates were suspected to be double dating Becca and her friend who were the roommates as well. Still the news is a mystery yet to be solved. Standing 6 ft. 3 in. tall with the weight of 84 kg, this rising star golfer is also involved in various charity works.

There is not much information available out there about the net worth, salaries and other factors related to the fresh yet extremely talented golf star Harris English. But still there are social networking sites like Facebook, Twitter, Instagram and Wikipedia where he can be followed. Besides, there are few different sites which provide a brief biography on him.