Giovanna Yannotti is a model and actor born in the United States. Additionally, people recognize her as a wife of a wrestler, actor, & retired amateur wrestler Kurt Angle. Further, Giovanna is well known for her work on movies like ‘My Bloody Valentine’, ‘Sorority Row’, ‘The Twilight Saga: New Moon’, ‘End Game’, ’Death from Above’ and many more.

Giovanna, who has 3 beautiful daughters, shares a net worth over $25 million with her husband. Additionally, the detailed information regarding her bio, relationship, net worth, salary and professional life are discussed below.

Giovanna Yannotti Net worth, Career Earnings, and Salary Till 2019

Yannotti appeared as an actress in several movies and TV series. From there, she must have earned a decent amount, but the actual figure is not yet revealed. However, Kurt Angle, her husband, has an estimated net worth over $25 million.

The actress was a cast in the Unstoppable movie in 2010, which became the hit box office grossing over $167 million against a $90 million production budget. The film was also nominated for Best Sound Editing for the Academy Award.

However, being a known face, there is no information about her houses, cars or any luxurious items. Also, according to some news portals, she goes on vacations with her family to spend quality time.

Is Giovanna Yannotti Married? How is their Married Life?

According to the sources, Giovanna and her husband Kurt Angle met while filming the End Game movie in 2009. Her husband played the role of a murderer in the film, kidnapping the daughter of a police officer while Yannotti played a small role as a "Customer at Restaurant" in the film.

At their first meeting, Giovanna and her spouse, who apparently met by fate, were instantly connected. After that film, the two eventually came close during Kurt's injury rehabilitation period as Giovanna would come round each day to check him in and keep him company, the rest they say is history now. 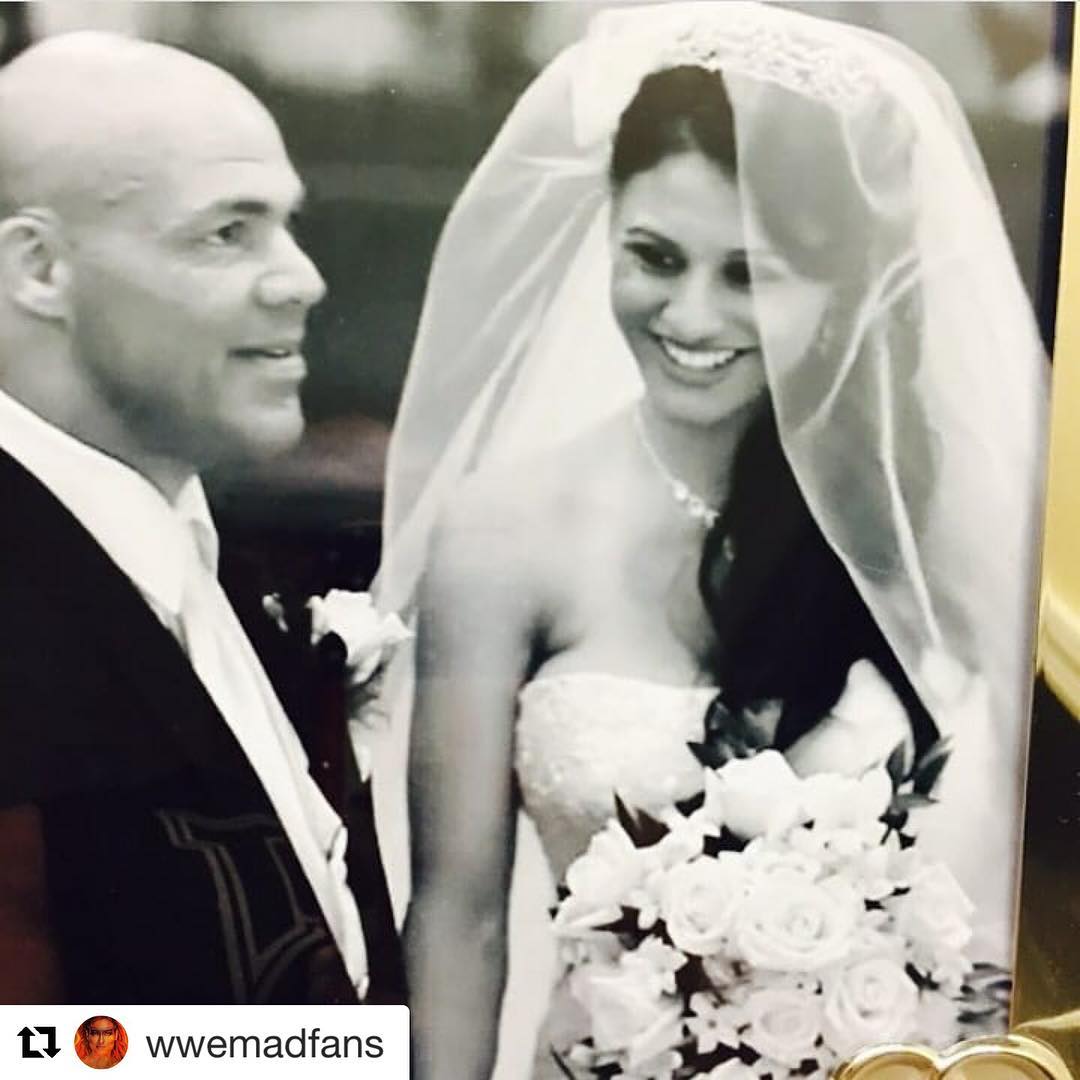 Giovanna and her boyfriend Angle got engaged in 2010 and after two years in their home town of Pennsylvania, they tied the knot in a wedding ceremony on July 20th, 2012. Also, close family and friends attended the ceremony. Previously, her partner, Angle was married to Karen which lasted for 10 years, sharing 2 children with her.

The couple has three daughters together. Giuliana Marie, their first child, was born on January 22, 2011, a year before their marriage. Their second child, Sophia Laine, was born on 31 December 2012, while on 5 November 2016 the third Nikoletta Sky was welcomed. 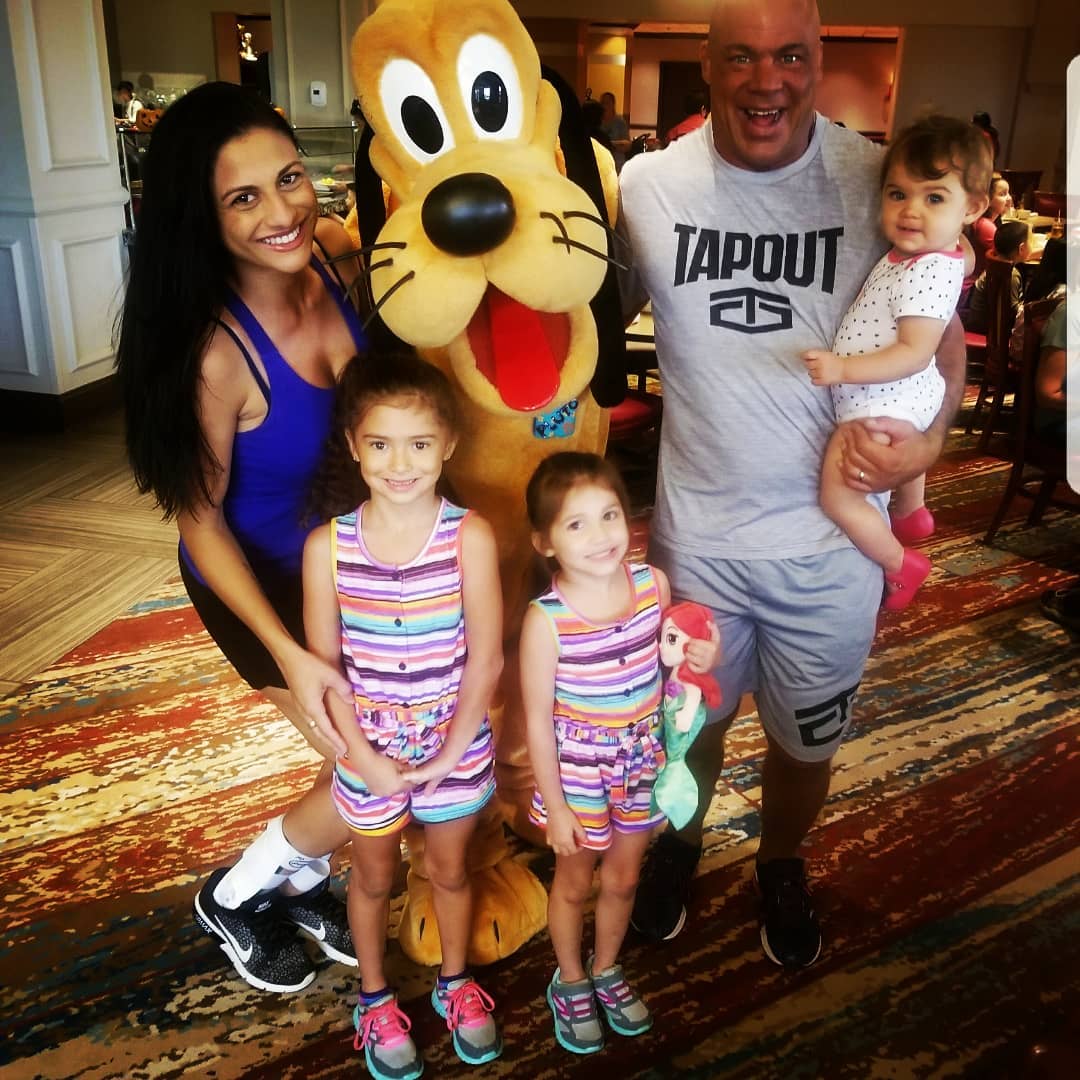 Besides the huge age difference of 19 years, their marriage is going very well and smooth. Further, she also helped him to check rehab during his drug controversies and led him to a healthy life.

As per his wiki, Giovanna Yannotti was born in Pittsburgh, Pennsylvania, the USA on March 26, 1987, to the parents whose identity haven't been disclosed in the media yet. She is half-Italian & half-Mexican and belongs to white ethnicity as well as to American nationality.

Further, her zodiac sign is Aries. Giovanna attended Pittsburgh University where she pursued an acting and modeling career but later dropped out of school.

Giovanna worked as a model for the first time before her performing career. She has starred in several movies and TV series as an actress. Further, her acting career actually began in 2009 when, in The Twilight Saga: New Moon movie, she played a minor role.

Giovanna featured as a gang member in an episode of the Justified TV series in 2010, as well as in the horror movie 6 Souls where she played a lawyer. In the 2010 film Unstoppable, Giovanna, who is also a stunt performer, was a stand-in and a double stunt for Rosario Dawson. Also, she starred in the movie Death from Above with her husband Kurt Angle in 2012.