Francisco Cerundolo is an Argentine professional tennis player who has won one ATP singles title. Cerundolo broke into the Top 100 and achieved a new career-high ranking 11 times in 2022, peaking at No. 24. The Argentine tennis coach, Kevin Konfederak, coaches, Cerundolo.

Cerundolo turned professional in 2018, and since then, he has played in major tournaments, including the Australian Open, French Open, and Wimbledon. As World No. 103 at 2022 Miami, he became the lowest-ranked semi-finalist in 37-year tournament history and 1st player to reach SF in his ATP Masters 1000 main draw debut since Janowicz at 2012 Paris. Likewise, Cerundolo owns a 73-36 Challenger record, highlighted by a 17-2 run to end the 2020 season with titles at Split, Guayaquil, and Campinas.

Cerundolo Comes From an Athletic Family: More on His Parents & Siblings

Francisco Cerundolo was born on August 13, 1998. He is a native of Buenos Aires, Argentina. The player was raised by his parents, Alejandro (father) and Maria (mother). His dad also played tennis professionally in the 1980s. 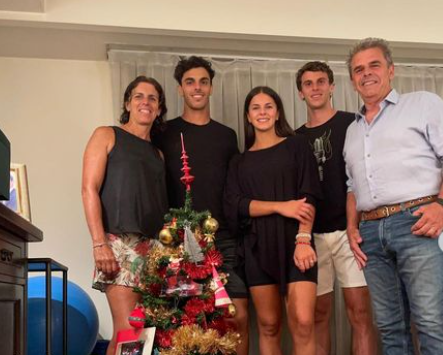 Besides that, Cerundolo has two siblings, a brother named Juan Manuel Cerundolo and a sister named Maria Constanza. Both of his siblings are engaged in sports. His brother, Juan, has been playing professionally since 2018 in ATP. Juan achieved a career-high ATP singles ranking of world No. 79 on January 31, 2022.

In the same way, Cerundolo's sister, Maria, won the gold medal in field hockey with Team Argentina at the 2018 Youth Olympic Games. Cerundolo began playing tennis at age 5 with his parents, who run an academy. The professional tennis player also looks up to Alexander Zverev Jr.

Cerundolo has collected a decent amount of money from his professional tennis career. As of now, his total prize money is $1,559,909, as reported by ATP Tour. The actual amount of his net worth remains unknown, but considering his earnings, it can be said that his fortune is over $500,000.

As said earlier, Cerundolo turned professional in 2018. In that year, he earned a total of $9,154 (singles & doubles combined). Since then, his earnings have been increasing gradually; now, he makes the most out of his career. 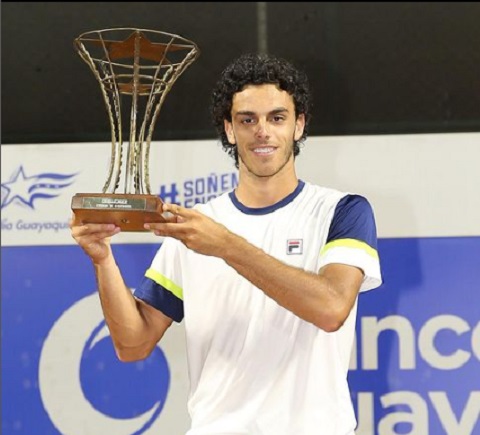 Likewise, the professional tennis player has worked with some brands which he often promotes on his social media pages. Cerundolo has a clothing deal with Joma Sport. His rackets are from Head Tennis. Furthermore, Cerundolo uses shirts, sleeves, and caps from Torneos. Besides these sports brands, Cerundolo has also worked with a renowned watch company, Rolex.

Moreover, Cerundolo frequently posts images wearing their products on Instagram, where we can find him as @francerundolo.

Is Francisco Cerundolo Single or Dating Someone?

Cerundolo is currently single, and he is not dating anyone. The young player is at the peak of his career, and rather than searching for a life partner, he may prioritize his tennis career. Like many tennis players, Cerundolo keeps his distance from the press and keeps his matter to himself.

Due to that, there have been no records of Cerundolo having romantic affairs in the past. Cerundolo seems to be a family person. He often spends quality time with his mom, dad, and siblings during his spare time. Similarly, tennis player loves featuring their moments on Instagram. 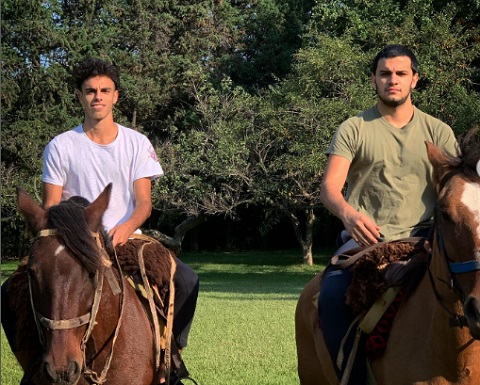 In December 2021, Cerundolo shared a photo celebrating Christmas with his family. We can follow him on IG to get more updates about his life. When the Argentine team won the world cup, Cerundolo congratulated the squad, mainly the captain, Messi.

How Tall Is The Tennis Player, Francisco Cerundolo?

The Argentine tennis player has an impressive physical appearance. He measures his height at 6 feet 1 inch tall or 1.58 meters. And he weighs 78 kg.