When a fighter wins a match, they usually receive cash as their prize. On the other hand, Mark Hunt received a six-pack of beer for winning his first match. Learning his knack for knocking people out, Hunt started his journey in the combat sports world. Firstly, he fought in the K-1 scene and slowly worked his way up to MMA.

In the MMA scene, Mark first appeared in Japan's PRIDE Fighting Championships. Soon after his PRIDE fighting ventures, he appeared in many MMA promotions. Aside from MMA, Hunt also dabbled in boxing and professional wrestling like the late Stephan Bonnar. Here, we present you with Mark's career highlights and records!

Mark Hunt and his astonishing start at Kickboxing!

Mark Hunt found his talent in knocking people out after an altercation outside a nightclub. Soon after the said scuffle, Mark joined a gym for formal training. 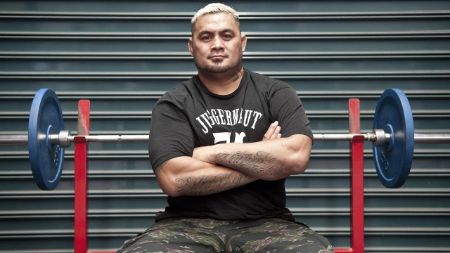 Hunt signed up for his first official fight a week after he joined the gym. The former UFC fighter won his first bout, receiving six packs of beer for his prize.

Hunt started his career as a kickboxer after moving to Australia. He'd get his chance to shine when Tarik Solak started K-1 Oceania Tournament. Mark entered the tournament as an underdog but came out as a legend.

Mark Hunt entered the K-1 Tournament with a record of 15-4. But he'd win the whole tournament in 2000. Hunt won by knocking out Phil Fagan in the finals and earning his title.

After a failed attempt in international fights, Mark would return to K-1 Oceania Tournament. Like the year before, Hunt led a clean slate victory in the said tournament.

In 2001, Mark earned the opportunity to fight in the K-1 World GP. Initially, Hunt started strong, winning against Hiromi Amada. But in his second match, the former UFC fighter faced and lost to Ernesto Hoost.

Mark Hunt lost to Ernesto in his K-1 World Grand Prix bout. Mark's journey in the GP seemed over after losing to the reigning champion. But he'd gain another shot at the tournament as a wildcard. 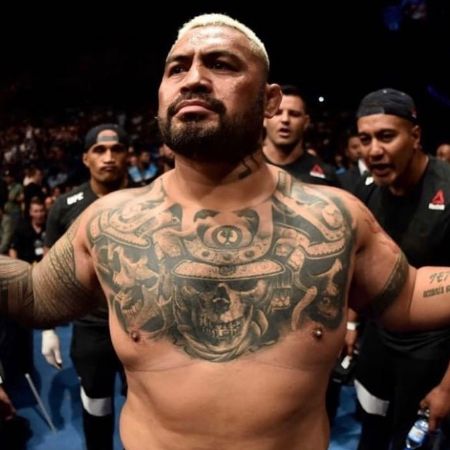 Mark Hunt was preparing for his bout in his early days as an MMA fighter. SOURCE: Facebook

Hunt fought Ray Sefo but lost via points. However, after the fight, Sefo wasn't able to continue. So, Mark took Ray's place and went to face Adam Watt. Mark TKO'd Watt in their bout and went to Tokyo for the finals.

In his first international fight, Hunt lost against Jerome Le Banner. Mark challenged Banner as his opponent in the quarterfinals. This time around, it was Hunt that became the victor.

Francisco Filho and Stefan Leko stood in Mark's way to the championship title. After defeating Leko via unanimous decision, Hunt faced Filho for the finals. Like his bout in the semi-finals, the Kiwi fighter bagged his final match.

Mark Hunt was a beast in kickboxing, no doubt. But MMA turned out to be a great challenge for Hunt. Mark lost his debut match in the first round.

Sticking with PRIDE, Hunt would hold an impressive record. Likewise, with multiple wins and losses, Mark moved to other MMA promotions in the end.

After PRIDE, Mark moved to Dream and Dynamite.

Mark Hunt fought his final fight under PRIDE promotion in 2006. Hunt took a two-year hiatus from MMA. Finally, in 2008, the Kiwi MMA fighter appeared in the Dream 5.

Hunt lost his match against Alistair Overeem in the Dream 5 event. Likewise, Mark would lose to Melvin Manhoef in the Dynamite event.

Mark would face Gegard Mousasi in the Dream 9 event in 2009. Like his previous bouts, Hunt lost to his opponent via submission.

Despite losing his multiple bouts, Mark Hunt was a talented MMA fighter. On September 25, 2010, Hunt fought his UFC debut match. Like many of his debut matches, Hunt lost his first match in the promotion. 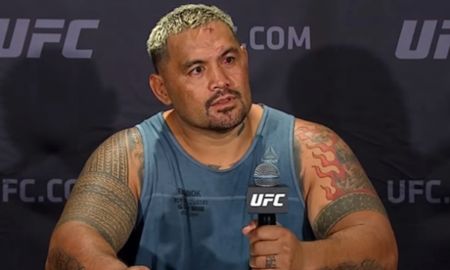 Mark Hunt was on a press meet during his time in the UFC. SOURCE: MMA Imports

Hunt's debut was a minor setback, and he went on to win several bouts. Mark won the very next fight against Chris Tuchscherer. The Kiwi MMA fighter went on to win three more UFC fights.

One of his biggest fights was with Brock Lesnar. However, Mark's bout with the WWE superstar was announced as no contest. Hunt's UFC record stands at eight wins and eight losses, with one draw and one no-contest.

Hunt Went Back to his Roots After Leaving UFC!

Mark Richard Hunt is in his late 40s, and he still does what he loves, fights. After his final bout in the UFC in 2018, Hunt fought in other promotions. Most notably, Mark joined the boxing world. 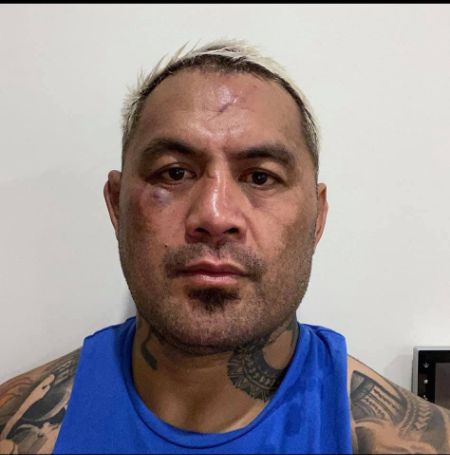 After his boxing debut, Mark Hunt talked about his gratitude to his fans on his Facebook page. SOURCE: Facebook

The Kiwi fighter first fought against Paul Gallen in a six-round bout on December 16, 2020. Like his many debut matches, Hunt lost his first fight as a boxer.

On Mark's second match, he'd face Sonny Bill Williams. The bout took place on November 5, 2022, at Ken Rosewall Arena, in Australia. Mark bagged his second fight as a boxer in the fourth round via TKO.