Federica Schievenin is a model and social media influencer who has gained a massive fan following on her social media handles. She shares her day-to-day activities and also posts about sports. Apart from being known for her own work, Schievenin also got into media prominence after being recognized as the wife of Nicolo Barella, an Italian professional footballer who plays for the Serie A club Inter Milan and the Italy national team.

The celebrity wife is also passionate about motorcycles and motocross competitions as she often makes posts about attending various competitions. Besides that, she is also a supportive wife who has appeared in the games of her husband to cheer him up. Furthermore, Schievenin and her husband, Barella, have already started their own family.

Federica Schievenin was born in the United States of America on March 19, 1990, as per Famous Birthdays. As of 2022, Schievenin is 32 years old. There is very less information about her early life and family background as she has not shared much about it with the media.

Talking about her husband, Nicolo Barella was born on February 7, 1997, in Cagliari, Italy making his age 25 years old. Considering this fact, we can say that, Schievenin and Barella have seven years of age gap. The couple has also ascertained that age is just a number in love.

Career Details: What Is Her Job?

As said earlier, Schievenin is a model and social media influencer. She has gained massive followers by sharing lifestyle and family content on her account. As we know, she has been an Instagrammer since January 2, 2013; Schievenin has been actively posting on it. 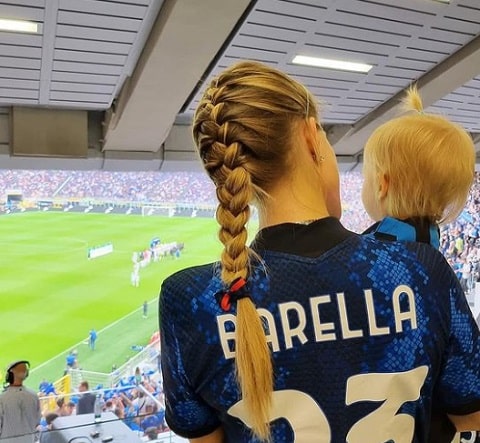 Not only that but her account is already verified. Being a model, she may have worked with some brands, but there is pretty less info about it. Besides that, Schievenin is famous as the life partner of professional Italian footballer Nicolo Barella.

Barella currently plays as a midfielder for Serie A club Inter Milan. Not only that, but he also plays for the Italy national team. The 5 feet 8 inches tall player Barella started his career with Cagliari, with whom he made over 105 appearances scoring seven goals in his senior year. 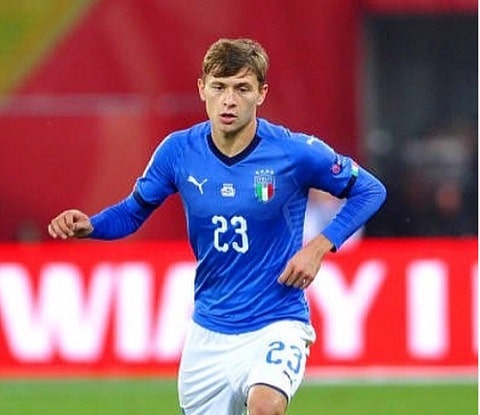 And on October 10, 2018, Barella made his debut for the Italy senior side by playing against Ukraine in Genoa, and the match ended in a draw of 1-1. Barella has also received multiple honors for his performances, including the Gazzetta Sports Awards Exploit of the Year (2021), Serie A Best Midfielder (2020-21), and Ballon d'Or nominee (2021).

Net Worth and Earning Sources

Being a model and social media star, Schievenin makes a good sum of money, but her actual fortune is yet to get estimated. A model in the US has an average salary of $23.36 per hour. So, being a model, Schievenin may earn in the same range.

Besides that, she may earn more money from sponsorship and endorsement deals. According to the Influencer Marketing Hub, Schievenin has the potential to make $358.5 - $597.5 from a single sponsored post on Instagram, where she has accumulated more than 115k followers at the time of this writing. 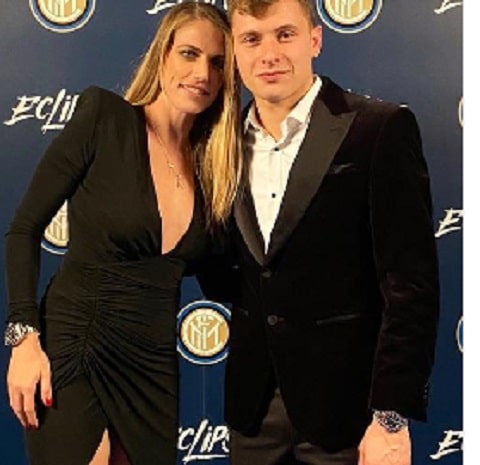 Her Instagram posts show that she lives a quality life and she also loves exploring different places with her husband. Apart from that, her husband has also preserved a massive fortune from his profession as a footballer. According to a report, his salary at his current club, Inter Milan, is about $92,125 a week and $4.8 million yearly.

Also, Transfermrkt has said that Nicolo's current market value is €70.00m. Besides, Barella has previously played for multiple clubs, and with them, he had impressive deals that also helped him increase his wealth. So, Schievenin and Barella enjoy their life to the fullest with their amazing income.

Wedding: Take A Look At Her Married Life

Coming into her personal life, Schievenin has been leading a happy married life with her husband, Nicolo Barella, for a long time. They dated each other for some years, and after some time, the pair thought of taking their relationship to the next level.

So, the duo walked down the wedding aisle in July of 2018. Since then, they have been cherishing their life as a husband and wife. Schievenin and Barella are happy to get each other, and their bond is growing day by day. 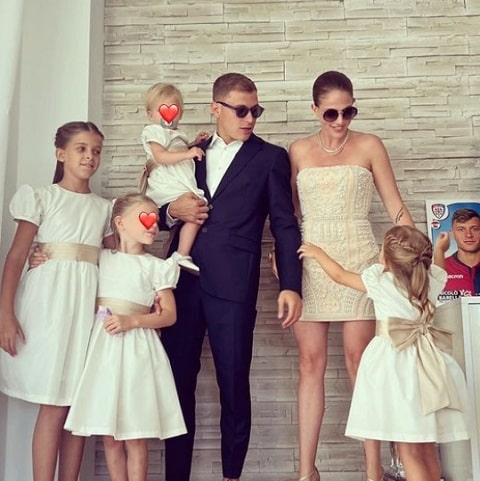 The duo loves going out together during their spare time. Apart from that, Schievenin has already started her own family with her partner. The pair is gifted with three children named Becky, Vinia and Tilde. Her Instagram post also shows that they have welcomed another kid. So, they have altogether of four daughters. The family of six lives happily.

As we know, Federica Schievenin is a social media influencer, and she has been actively using Instagram for many years. As said earlier, she opened her IG account on January 2, 2013. Her username is @fede_schievenin, and at the time of this post, Schievenin has been followed by over 115k people.

On the other side, her husband, Barella, is also a verified user of Instagram, where we can follow him as @nicolo_barella. Barella is more active on the platform rather than his wife, as he has gained over 1.2 million followers. So, to get more updated on their life, we can follow the couple on Instagram.