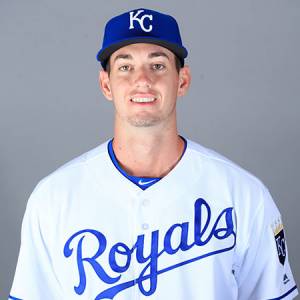 Eric Skoglund is an American professional baseball player who plays in the Major League Baseball  (MLB). As of 2019, Eric L. Skoglund currently plays for the Kansas City Royals as their Pitcher. Eric L. Skoglund was drafted in the 2014 MLB Draft in the 3rd round by the Royals team.

Eric is in a romantic relationship with his lovely girlfriend Coco Robert.

Eric Skoglund's Net Worth And Salary In 2019

Eric L. Skoglund has an estimated net worth of over $1 million and similar to that of Filip Honrek. Talking about his estimated career earnings, he has made earnings of $1,882,193 from his entire MLB career.

The detailed information about his career earnings is listed below:

Eric also has a good collection of cars, since he shared a lot of cars photos on his official Twitter account and it seems he is fond of car collection.

Besides, he also shared about a mansion and it might be his own mansion but yet not confirmed.

Morning in the Mansion ?? pic.twitter.com/32OZ5EhK8s

Who Is Eric Skoglund Dating Currently?

Eric Skoglund seems not so fond of sharing his love affair to the general public, but he mentioned in some of his Twitter posts suggesting that he is in a romantic relationship with his charming and gorgeous girlfriend Coco Robert.

Furthermore, he hasn't shared any details regarding his past relationship or affairs on social media and also hasn't given a single hint from which it can be suggested that he was dating someone before having an affair with Coco.

Eric seems to be engaged in controversies most of his time since he was recently suspended for 80 games after being accused of taking drugs during games in 2019 January.

How Tall is Eric Skoglund?

The Famous MLB star is 6 feet 6 inch in height and weighs around 91 kg. Eric L. Skoglund is not only a world-class athlete but also has a very attractive individual.

Other than being a famous MLB Pitcher, Eric L. Skoglund is pretty famous in social media.

Eric L. Skoglund was born on October 26, 1992, in Sarasota, Florida, the United States but exact details about his family aren't available. As per his nationality, he is American and belongs to the White ethnic group and his star sign is Scorpio.

Eric loves his family very much and also his parents are very much supportive of his career upliftment since he shared a lot of posts having a good time with his family.

At the beginning of the 2019 season, he was found guilty after testing positive for Ostarine and Ligandrol and was later suspended for over 80 games on January 16, 2019. During his career with the Royals, he played alongside several famous players including Heath Fillmyer.