Eloy Jimenez is a Dominican professional baseball player who plays as an Outfielder for the team Chicago White Sox of Major League Baseball (MLB). Additionally, he made his MLB debut on March 28, 2019, playing for the Chicago White Sox.

As of 2019, Eloy has an estimated net worth over $3 million. Also, Eloy's estimated career earning is around $6,000,000. Additionally, Eloy earns $7,166,667 as an annual salary from his team Chicago White Sox. Are you interested to know more about Eloy's life? If yes, we have compiled information about Eloy's personal life, relationship status, and professional career.

Eloy Jimenez Earnings; How much is his Net Worth?

Eloy Jimenez has an estimated net worth over $3 million, which is solely generated from his professional career. Also, he has accumulated $6,000,000 as career earnings.

Moreover, he is 13th best-paid player of the Chicago White Sox while Jose Abreu and Ivan Nova are among the highest earner of the team with an annual salary of $16,015,000 and $9,166,668 respectively.

Likewise, he stands in the 437th position amount the highest earners of MLB while Stephen Strasburg and Max Scherzer are the top-2 highest-paid player of the team with an annual salary of $38,333,334 and $37,505,562 respectively.

Some of Eloy's career contracts details are:

Is Eloy Jimenez in a Relationship? Know about his Personal Life in details

The 22-year old famous baseball player is yet to get married. Moreover, the reports about him being in a relationship are not in the media yet. However, Eloy could be in a romantic relationship with his girlfriend and might be waiting for the perfect time to reveal about his relationship status to the public. 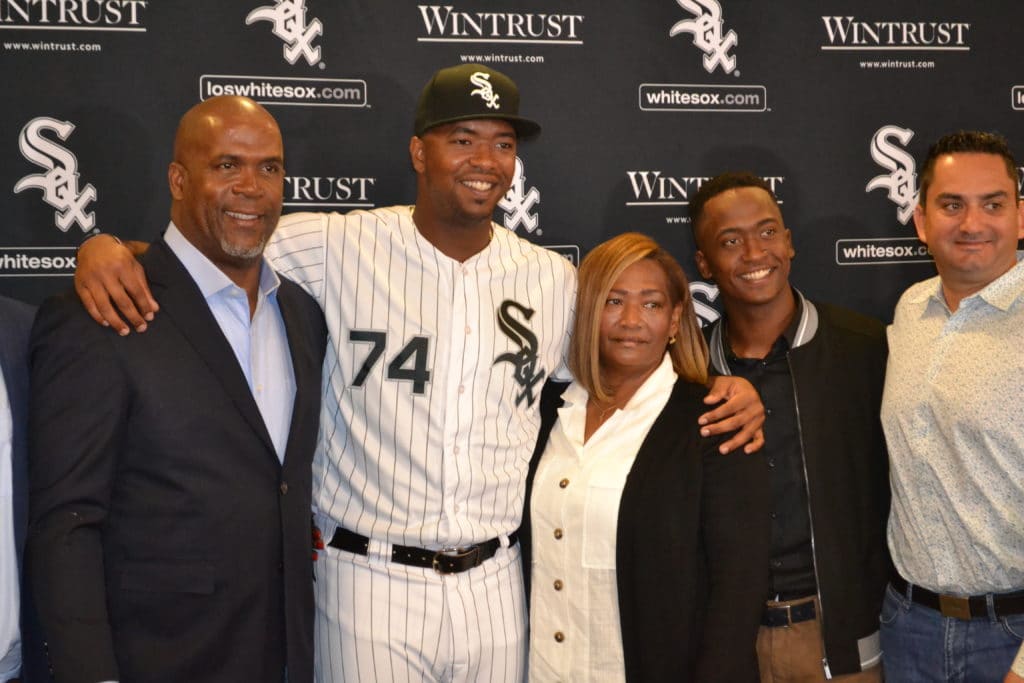 Eloy Jiménez with his family SOURCE: The Athletic

Also, Jimenez is not engaged in social media, and this might be the major reason why we could gather very less information about his personal life. 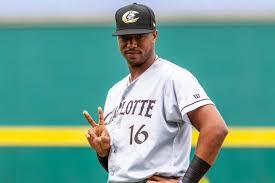 Apart from love affairs, he seems to be enjoying his playing career and might be working hard to establish himself as one of the prominent Outfielder of recent time.

Eloy was born on November 27, 1996, in Santo Domingo, the Dominican Republic to Luis Jiménez and Adelaida Solano. He is a Dominican by nationality and belongs to the African ethnic group.

As of 2019, Eloy currently plays as an Outfielder for the team Chicago White Sox of Major League Baseball (MLB). Additionally, he made his MLB debut on March 28, 2019, playing for the Chicago White Sox.

Previously, he played for the Chicago Cubs with whom he signed his first professional contract in July 2013 for a $2.8 million signing bonus.