Author, blogger, and entrepreneur who became famous as a wife of National Football League (NFL) player Donald Penn. She is the author of the book series The Many Adventures of Donald, which tells the story of her son's childhood journey.

Reportedly, she is currently married to her husband Donald Penn and has 3 children with her. Further, the details about her salary and net worth are unknown but she jointly shares a net worth of more than $25 million with her husband.

Dominique Penn Net Worth And Salary in 2019

Dominique is an Author, blogger, and entrepreneur by profession. However, there isn' any information about her salary and net worth. Additionally, she is the wife of a famous NFL player Donald Penn who has a net worth of over $25 million.

The three-time Pro Bowl player has amassed his wealth through his salaries playing in NFL. In 2018, he signed a two- year $18,700,000 contract with the Oakland Raiders, which will keep him with the team until 2020.

Additionally, she has also a huge number of followers in her social media account through which she earns a significant amount of money. She has 111k followers in her Instagram account and according to some reliable sources, an Instagram user with 100,000 followers can command $5,000 for a post made in partnership with a company or brand.

She often promotes the Gucci products on Instagram through which she makes good earning. In addition, she also has made some posts promoting Giuseppe Zanotti and Strollers And More products.

Further, her husband Donald gifted her Square Shaped Diamond Ring. She received a Bentley car on her birthday as a gift.

As an author of books, she reportedly has earned a good amount from royalty.

Dominique Penn is a married woman and currently in a marital relationship with a famous NFL player Donald Penn. It is not exactly clear when the couple met or began dating, but the couple reportedly tied the knot in June 2012.

Further, the couple is blessed with 3 children; sons Donald III and Dominick, and a daughter named Demi. 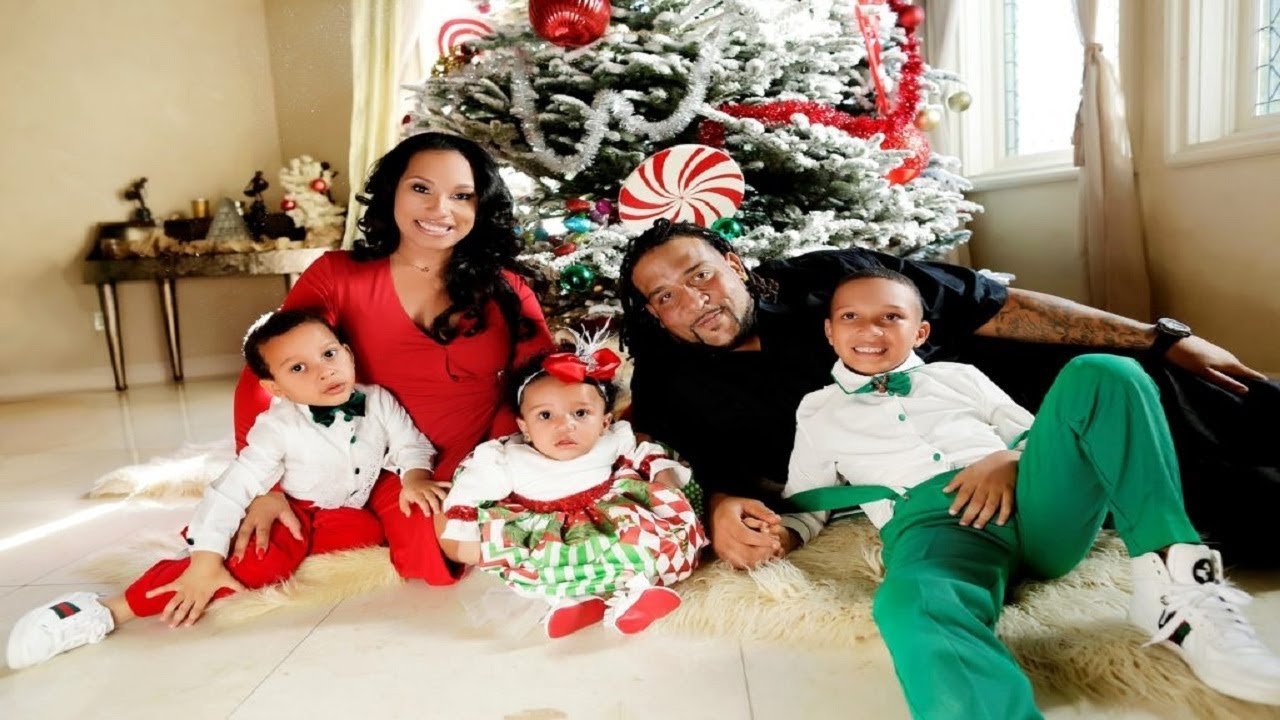 The couple recently appeared in the news after Dominique accused her husband of infidelity in social media with actress and model Camilla Poindexter.

“My husband cheated on me with this hood rat. She knew he was married from jump!! He knew that he was married! They did this to my family! You don’t get brownie points for f***ing a married man for a check thinking he was gonna leave his wife!”

It was also reported that the athlete even had a child with his mistress, a daughter named Dylan Noelle Poindexter. Despite all the drama, the couple continued to live together, at least until the summer of 2018, when they both revealed a nasty divorce.

The detailed information about Dominique Penn's parents, siblings and early childhood is still unknown. Further, the media is still unknown about her birthdate and birthplace to date.

Dominique Penn actually one piece of candy, but she's also a hard- working lady who's a book writer, blogger, and businesswoman. She is the author of the book series The Many Adventures of Donald, which tells the story of her son's childhood journey.

She is also the author of Grannysue Loves, which she dedicated to her own mother and all those loving grandparents out there. Besides, she is also involved in modeling.