Dellin Betances is an American professional baseball pitcher, who currently plays for the New York Mets. He made his MLB debut with Yankees in 2011 and played for the New York Yankees until 2019.

In 2018, he posted a photo of marriage on his anniversary and wrote:

Four years ago this date I married my best friend. Can’t wait to continue this journey of ours. Happy Anniversary my queen. 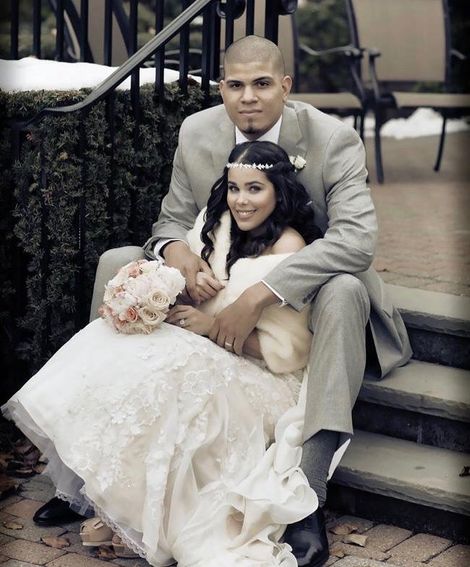 I'm blessed to say I married my best friend exactly a year ago. Love you, my Queen. 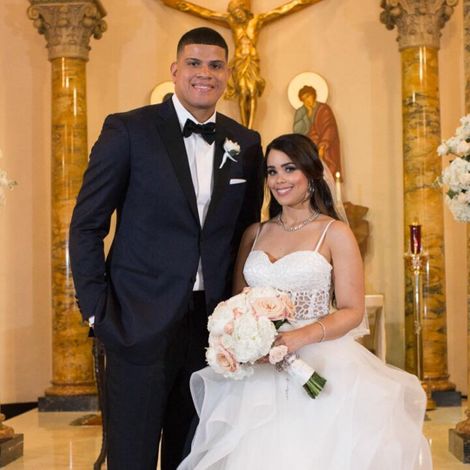 Betances became the father of first child with the birth of his son in February 2019. They both are loyal to each other. Neither of them engaged in an extra-marital affair.

Betances is very close to his parents. He purchased a house for his parents in Teaneck, New Jersey.

Betances was born on March 23, 1988, in Washington Heights, Manhattan. He was born to Jaime and Maria Betances. His parents immigrated to the United States from the Dominican Republic. His father is a boxer as well as drives for a car service.

Betances is not the single child of his parents. He has two older brothers and a younger sister. He moved to the Lower East Side when he ten years of age.

As a child, he attended many New York Yankees games. Moreover, he also played baseball in the summer in the youth service league. Betances went to Progress High School within the Grand Street Campus in Brooklyn, New York.

Betances was expected to be selected in the first round of the 2006 Major League Baseball Draft. He was committed to playing baseball for Vanderbilt University. However, the Yankees selected Betances in the eighth round of the draft and provided him a $1 million signing bonus to forget his commitment to Vanderbilt.

He spent the season 2007 with the Staten Island Yankees of Class A- Short Season New York-Penn League and 2008 with the Charleston RiverDogs of the Class A South Atlantic League. In 2009, Betances played for the Tampa Yankees of the Class A-Advanced Florida State League. He started the 2010 season with Tampa. Since the year 2011, Betances has been served as a pitcher for New York Yankees.