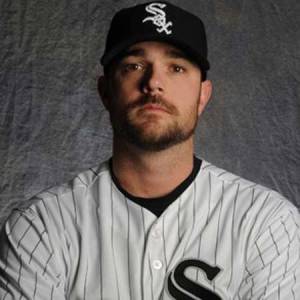 Introduction Adorable and Achiever, David Robertson is an American professional baseball player who plays as a pitcher for the Chicago White Sox of Major League Baseball (MLB). He started in MLB for the New York Yankees where he played from 2008 to 2014. He also played college baseball with Alabama Crimson Tide. Early Life & Education David Robertson was born on April 9, 1985, in Birmingham, Alabama, United States. Regarding his nationality, he is American. His ethnicity is white, and his birth sign is Aries. David Robertson played his first three years of baseball at Central-Tuscaloosa High School. After his junior year, he attended Paul W. Bryant High School.

Upon completing high school graduation, David Robertson attended University of Alabama. At Alabama he played for his college baseball team. In his sophomore season, he played really well and lead Crimson Tide to their 25th SEC Championship. He performed very well in the summer league and named Most Valuable Player of the Cape Cod League playoffs.

In 2006, the New York Yankees drafted David Robertson in the 17th round of the Major League Baseball draft. In 2007, he was pitching for the three minor league teams.

In 2008, David Robertson was called for MLB. As a player of MLB, he started playing from June 28, 2008. He played the majority of his career with New York Yankees. He stayed with Yankees from 2008 to 2014. After the 2014 season with Yankees, he became a free agent. Consequently, he agreed to a four-year, $46 million contract with the Chicago White Sox. His career stats are incredible.

David Robertson is a married man. He married longtime girlfriend Erin Cronin after having a long affair with her. Their marriage took place in a small ceremony in 2009 at Birmingham, Alabama. Since getting married to till date, the lovely couple is living happily as a husband and a wife. They had a child as a boy named Luke Joseph named Robertson. He was born on August 27, 2012. David Robertson is not a single child of his parents. His brother Connor Robertson played baseball for Oakland Athletics and Arizona Diamondbacks.

David Robertson is the philanthropist. He and his wife founded a charitable foundation called “High Socks for Hope”. The motto of the institution help the victims of Robertson’s hometown of Tuscaloosa, Albeem. He agreed to contribute $100 for every strikeout he recorded in the season. For his charitable work, he was nominated for the 2011 Marvin Miller Man of the Year Award.