Erstad was noted for his amazing playing skills, and while he was a professional baseball player, Erstad played for some squads with whom he gave an outstanding performance. His performances helped his team to win some games, and Erstad also won some awards, including the three-time Gold Glove Award.

Darin Erstad Enjoys A Net Worth In Million Dollars

Erstad has amassed a massive amount of money from his professional baseball career. While playing for multiple teams, Erstad had a fair deal. During his professional career, Erstad was also a part of the Chicago White Sox, with whom he signed a $750,000 contract in the off-season.

Likewise, Erstad was an amazing player, and his performances may have helped him receive some cash prizes. After retiring from playing baseball, Erstad became a coach. In the United States of America, a baseball coach has an average salary of $55,876. So, coaching a team, Erstad may have taken home in the same range. 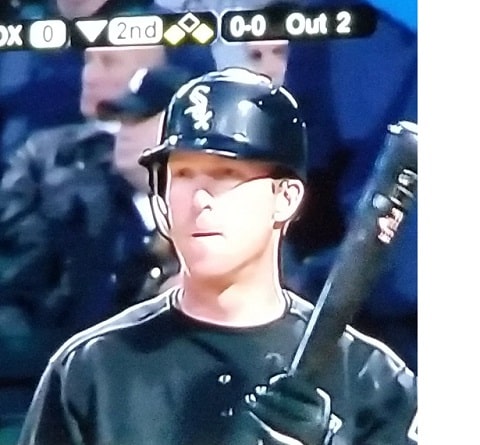 In conclusion, we can say that Erstad lives a lavish life having such an impressive fortune. According to Celebrity Net Worth, Erstad is estimated to have a massive net worth of around $24 million. The former baseball player also spends money on some luxurious things. A report shows that Erstad bought a home in Southeast Lincoln, Nebraska, in July 2008.

The respective property was worth $1.9 Million. It is also said that it was the most significant home investment in Lancaster County, Nebraska's history. In addition to that, Erstad also makes money from brand endorsements.

Take A Look At His Married Life

Well, Erstad is a married man, and he has a loving and caring wife named Jessica Erstad. The Erstad couple has been cherishing their married life for quite a while now, but the actual date of their marriage and venue is not available in the media as the pair live a low-key life.

Together with his wife, Erstad also shares a daughter named Jordan Elizabeth and two sons named Zack and Adam. The family of five lives happily, and all of them have maintained a distance from the media. Currently, the former baseball player is not available on social media, due to which we are unable to talk about his current life.

But we can find his wife on Twitter under the username @jessica_erstad. Apart from that, Jessica is not Erstad's first wife, as he was married to another lady in the past. As per a report provided by IMDb, Erstad was married to Sarah Jane Schauer. Erstad and Sarah tied the knot on January 15, 2000. After being in a marital relationship for one year, the former pair got divorced in July 2001.

With his ex-wife, Erstad did not have any kids. And now, Erstad lives happily with his wife and three children.

From an early age, Erstad was interested in playing sports. On his school football team, he was a placekicker and punter. Similarly, Erstad also played hockey and participated in track and field. In addition to that, he played American Legion baseball for Jamestown in 1992. In the year 1992, he was named AP North Dakota Athlete of the Year.

After that, Erstad went to the University of Nebraska–Lincoln, where he played baseball for three years. His performances also helped him become a finalist for the 1995 Golden Spikes Award. In 1993 and 1994, he played collegiate summer baseball with the Falmouth Commodores of the Cape Cod Baseball League.

And in 2001, Erstad was also inducted into the CCBL Hall of Fame. Besides, he was a part of the Cornhuskers football team that participated in the 1994 National Championship. In 1998 and 2000, Erstad was selected to the American League All-Star team. Later, he was chosen by the California Angels as the first pick overall in the 1995 Major League Baseball draft.

On June 14, 1996, Erstad made his major league debut. And on June 10, 2000, Erstad grabbed people's eyes as he hit a double in the Angels' 10-3 win over Arizona. Being with the Los Angeles Angels of Anaheim franchise from 1996 to 2006, Erstad did really well and later got offers from other teams. Later, he got signed with the Chicago White Sox. Darin Erstad in one of his professional games SOURCE: Twitter @angelsreddit

Likewise, he also played with the Houston Astros. Erstad announced his retirement from professional baseball in June 2010. After retiring, Erstad began his coaching career, and on July 5, 2010, it was reported that he accepted the offer to serve as a volunteer coach for the Nebraska baseball team. On June 2, 2011, Erstad was hired as Nebraska's head baseball coach. And on June 3, 2019, he resigned as coach of the Nebraska Cornhuskers after eight seasons with the team.

Insights On His Parents and Siblings

Darn Erstad was born Darin Charles Erstad on June 4, 1974, in Jamestown, North Dakota. The Jamestown native grew up alongside his sister named, Heidi. The siblings were raised by their loving parents named, Chuck and Dorothy.

Apart from that, they also have a brother whose name has not been shared with the media. Talking about his educational background, Erstad went to Jamestown High School in Jamestown, North Dakota, from where he graduated in the year 1992.

Currently, Darin Erstad does not have much presence on social media, and we can't find his official accounts on any of the social platforms. But there are some profiles registered under his name.

Besides that, we can follow his wife on Twitter, where she has shared some posts related to her personal life.