Carlos Martinez currently coaches Daria. Kasatkina was interested in playing tennis from an early age and began at age six at the insistence of her older brother. She turned professional in 2014 and has already played in many major tournaments. Daria's playing still is loved by many as she is a baseline player with a crafty style of play. Likewise, Kasatkina employs a variety of shots, including heavy topspin forehands.

Who Is Daria Kasatkina Partner, Natalia Zabiiako? Her Sexuality and Love Life

Kasatkina is unmarried and has no husband, but she is in a romantic relationship with her partner, Natalia Zabiiako. In an interview with Sofya Tartakova in 2021, Daria made comments that were supposed to be discussing her bisexuality. Due to that, her sexuality gathered huge people's attention. Finally, in 2022, Kasatkina cleared up all the topics regarding her sexuality and came out as a lesbian. In the same way, Kasatkina also revealed her relationship with Natalia, a Russian-Estonian competitive pair skater. Likewise, their relationship went official when the tennis player posted a photo with her partner. Since then, they have been together, and both often post snaps on their social media handles.

Daria and Natalia have also explored many places during their free time. Kasatkina marked the couple's first anniversary by making a post with her girlfriend on November 11, 2022. While sharing a picture from Ozen Reserve Bolifushi, Kasatkina wrote, "Celebrating 1 year with the best person, in a very beautiful place."

Natalia Zabiiako Is a Pair Skater

Zabiiako was born on August 15, 1994, in Tallinn, Estonia, and began skating when she was four years old. She was the 2019 World bronze medalist with Alexander Enbert. Likewise, Zabiiako competed for Estonia until 2014. While partnering with Alexandr Zaboev, she placed tenth at the 2014 European Championships. Take a Look at Daria Kasatkina Net Worth and Prize Money

A professional since 2014, Kasatkina has racked up an impressive fortune. Considering his earnings, it is believed that, Kasatkina has a net worth of over $4 million. In the 2018 US Open Tennis Championships, she won more than $93,000 as prize money. In that tournament, she also played against Timea Babos. The same year, she played in the Dongfeng Motor Wuhan Open- Wuhan, China, and took home over $28,730. 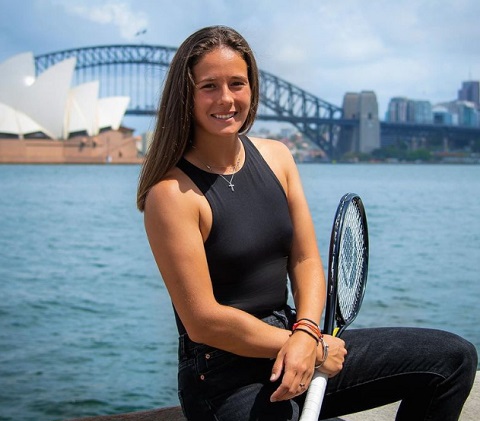 Daria Kasatkina is on a trip to Australia.  SOURCE: Instagram @kasatkina

As said earlier, Kasatkina has also played in many tournaments, which has helped her take home an impressive cash prize. While playing in the Porsche Tennis Grand Prix, Kasatkina earned more than $12,602. Her prize money increased when she gave her best in the 2022 Internazionali BNL d'Italia and received $125,000. While concluding her 2022 year by taking over $28,730 in the Guadalajara Open Akron, she began her 2023 by winning over $220,000 at the WTA Finals Fort Worth. She played against Iga Swiatek, Coco Gauff, and Caroline Garcia in the group stage game.

The professional tennis player is still active in this sport and is doing pretty well. Due to that, her income is also increasing, and her wealth will skyrocket in the coming years. At the time of this post, she has accumulated a total prize of $9,155,945.

Which Racquet Does Kasatkina Use? Her Sponsorships Deals 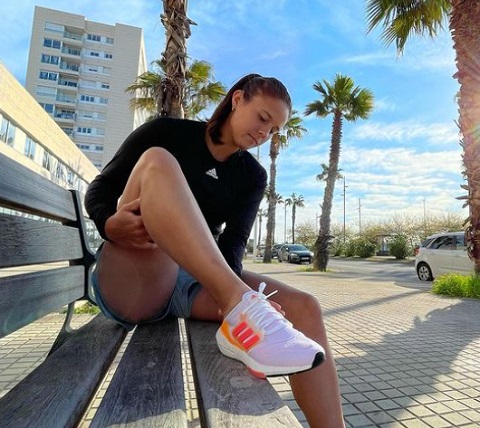 Besides, Kasatkina has a racquet sponsorship deal with Artengo. Previously, she used Tecnifibre T-Rebound 275 racquet with Ice Code strings. In addition to that, Kasatkina served as a brand ambassador for InstaForex, a forex trading company. Her deal with the company was from 2017 to 2020.

Daria Sergeyevna Kasatkina was born on May 7, 1997, in Tolyatti, Russia, to her parents, Sergey Kasatkina and Tatyana Kasatkina. Her father, Sergey, serves as an engineer at the Volga Automotive Plant, while her mother, Tayana, is a lawyer.

Kasatkina's parents were nationally-ranked athletes in Russia; her mother was in athletics, and her father was in ice hockey.

Daria Kasatkina Grew Up With an Older Brother

Kasatkina is not only the child of her parents, as she grew up with an older brother named Alexandr. Her brother had played tennis casually. So, Kasatkina also convinced her parents to have her also start playing the sport when she was six years old. 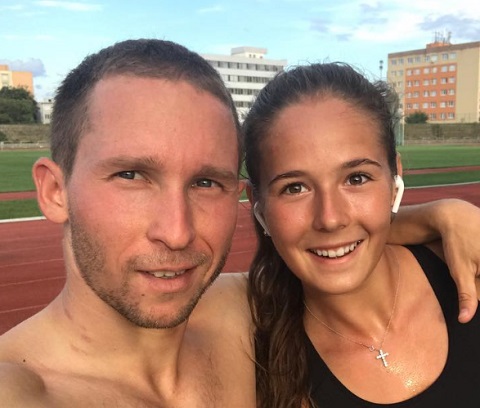