Daniel Sprong is a professional Ice Hockey forward currently signed with the Seattle Kraken of the National Hockey League (NHL). His right-handed shots are fans' favorite, and the Pittsburgh Penguins originally selected the player in the second round. He began his hockey career early and played hockey in his hometown of Amsterdam.

Sprong was born on March 17, 1997, in Amsterdam, Netherlands. Further, he is the son of Hannie Sprong and Sanda Sprong. He comes from a sports family, as his father was also a professional hockey player. Daniel and his parents moved from the Netherlands to Canada with his family to help start his hockey career.

Sprong's Net Worth And Earnings Explored

Daniel started his career in hockey in his youth. The player has played in multiple events and matches throughout his successful career. According to the sources, his NHL fortune as of 2023 is $3,617,500. So, his net worth is also calculated to be more than $2 million. The player is yet to share his sponsor deals and commercials with us online. Therefore, we are still determining if he earns from other sources like brand dealing and endorsement. Another hockey player, Leon Draisaitl, has a net worth of about $20 million.

Who Is Daniel Sprong's Wife- Know About His Relationship Status

Professional Ice hockey player Daniel Sprong is not open about his relationship status. Besides, he has always maintained his romantic life away from public reach. Therefore, the details regarding Daniel's current relationship remain a doubtful topic for us. The ice-hockey player isn't fine sharing his lie details openly on web sources as much as he is comfortable sharing his professional career.

Apart from that, Sprong hasn't shared any posts mentioning his loved one on his social media handle, which made us believe that he isn't interested. Unlike the hockey player Troy Terry, Sprong doesn't have a girlfriend and leads a single life. Daniel Sprong having a good time with his friend.  SOURCE: Instagram @sprong11

Also, Daniel is a family man, and he keeps them his number one priority. Further, Daniel loves sharing good times with his family members when he doesn't have a busy schedule.

Daniel started playing hockey in his junior career in his hometown of Amsterdam. As there was no much-advanced hockey facility in his hometown, he was forced to play with older people than him. After moving to Quebec, Sprong started participating in several local events. Besides, he also played minor ice hockey leagues.

Further, Daniel was selected by the Charlottetown Islanders in the 2013 QMJHL Entry Draft. During the match, he was well-recognized for his playing style, and the player led the Islanders in recording 68 points in 67 games. Later, Sprong rejoined the team for the remainder of the 2015–16 season. 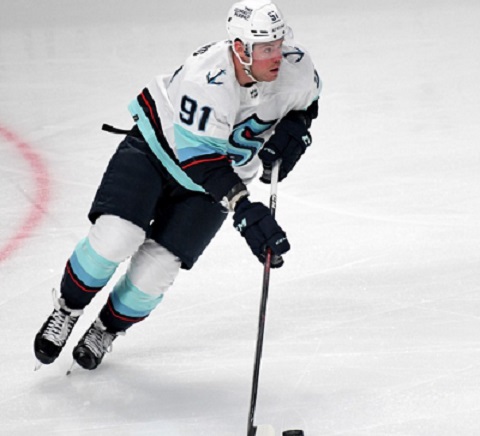 Sprong started his professional career by signing a year contract with the Penguins on August 28, 2015. Daniel also impressed the Penguins with his amazing playing skills. So, in 2018, he joined Anaheim Ducks in exchange for Marcus Pettersson. Two years later, in 2020, the hockey player was traded to the Washington Capitals, where he extended the contract for more two-year worth $1.45 million.

As mentioned earlier, Daniel comes from a sports family, and his parents have always supported him in success in his chosen career. Further, his father, Hannie Hannie, was also a renowned hockey player in the Netherlands during the early 1990s. More, he also managed the team there. However, little is known about his mother and other family members, including his siblings. Therefore, he might be the child of his parents. Similarly, the player has never talked about his past life and young career. Therefore, the details of his schooling life remain a big mystery.

The fan-favorite hockey player, Daniel, is 6 feet tall and weighs 83 kg, counted as 183 lbs. Furthermore, he prefers a healthy diet, and the player often shares his exercise schedule on his social media handle.