Daniel Evans is a British professional tennis player who has been playing professionally since 2006. The British player achieved an ATP career-high No. 22 in singles on September 27, 2021. Also, he is the current British No. 2 in singles. Being a native of England, he represents Great Britain in the Davis Cup. In September 2009, Evans made his Davis Cup debut against Poland.

Likewise, Evans made it to the 4th round of the 2017 Australian Open and the 2021 US Open. He is an all-court player who plays a tactical game. Due to his performances, he has also been named the bad boy of British tennis and the most egregious wasted talent in British tennis. Nicknamed 'Evo,' Evans is coached by Sebastian Prieto.

Who Is Daniel Evans' Girlfriend, Aleah? A Look at Their Dating Life

Evans is in a romantic relationship with his girlfriend, Aleah. Reportedly, the lovebirds met each other while working in Winchcombe in 2017. They have been together for quite a while now. Aleah is a supportive partner who has been with Evans in many hard times. 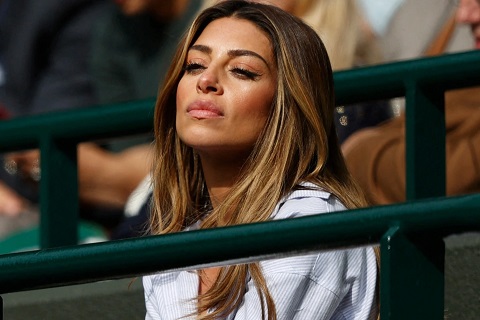 Dan Evans' girlfriend, Aleah, is in a tennis game.  SOURCE: The Sun

For your information, Evans was once banned after failing a drug test in 2017. So, Aleah was there with Evans comforting him. Once, Aleah was also seen cheering his partner in a game at Wimbledon. As the duo has lived a low-key life, further information regarding their relationship timeline remains under review.

Likewise, Evans has not shared a single post with his girlfriend on Instagram. But he sometimes shares updates about his professional life via IG, where he is verified as @danevo.official.

As said earlier, Evans once faced a ban, and his girlfriend was with him. On April 24, 2017, Evans provided a positive sample at the Barcelona Open. After that, Evans tested positive for cocaine. Due to failing a drug test, he was banned from playing professional tennis for one year. 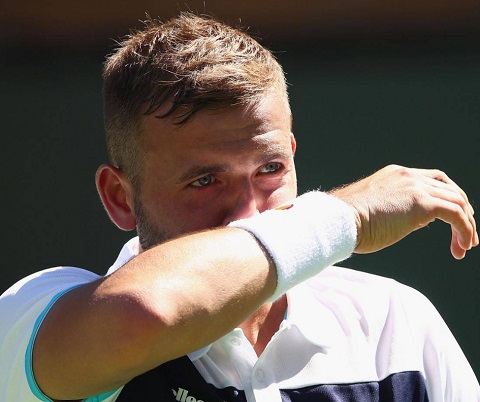 Evans said the samples had accidentally mixed with his medication in a wash bag. After that, Evans stayed lowkey and did not play tennis for eight-and-a-half months. So, with his girlfriend, Aleah, he spent time on the golf course and in Cheltenham. The right-handed tennis player was eligible to return to action on April 24, 2018.

Evans Enjoys a Net Worth in Millions: Find His Prize Money

Evans lives a lavish life having an impressive net worth of over $3 million. Evans has earned most of his gains from being a professional tennis player. The British player has collected total prize money of $6,370,157. In 2006, he turned professional, and in that year, Evans bagged himself $1,522. The following year, Evans earned a total of $429,026. Dan Evans is moving out for a tennis game.  SOURCE: Instagram @danevo.official

Daniel's racket is Wilson Pro Staff 97 V13, his bag is Wilson Super Tour, and his shoes are Asics Solution Swift FF. Furthermore, Evans signed a contract with an IT service company named HaloITSM in 2021. The IT company works with organizations of all sizes.

Dan Is a Native of Birmingham: His Parents and Family Background

Daniel Evans was born on May 23, 1990, in Birmingham, England. The 5 feet 9 inches tennis player grew up with his two sisters, Clare and Laura. The Evans siblings were raised by their supportive parents, David (father) and Bernadette (mother).

David is an electrician, while Bernadette is a nurse. Initially, Dan played squash with his father. At seven, he began playing tennis with his dad at a local tennis club. After turning 12, Dan left home and lived with a host family while training in Loughborough.

While growing up, Evans' idols were Tim Henman and Pete Sampras.