Money speaks the loudest, as seen by Cristiano Ronaldo leaving the Europe league was best for the soccer legend. During his time in the 2022 FIFA World Cup, Ronaldo was offered a place in Al-Nassr FC. Similarly, the Saudi Club offered a mind-numbing amount as his yearly salary. Despite his claims of wanting to play top-level football, Cristiano found no issue cashing in with Al-Nassr.

Ronaldo and his previous club Manchester United had parted ways before the coveted World Cup. The Portuguese legend joined the said tournament as a free agent, up for grabs by any club. A Saudi club offered Ronaldo a contract at the time as well. But to fully focus at the time, the soccer star rejected the offer.

Cristiano Ronaldo held no respect for the Man United manager and owners.

The year 2022 hadn't been kind to the Portuguese ace. After losing his chance to hoist the world cup, Cristiano Ronaldo sat with nothing going for him. Even before the FIFA tournament, Ronaldo had cut ties with his former club, Manchester United. 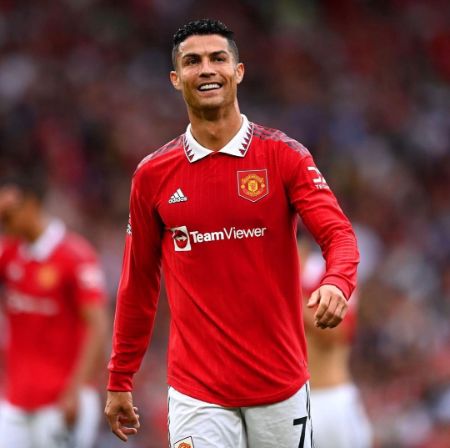 Cristiano went to the Piers Uncensored show and expressed his thoughts about Man United. The Portuguese forward said he held no respect for the manager, Erik ten Hag, and the owners of Man United. His interview snowballed out of control and caused a massive controversy.

Following the interview, Man United and Ronaldo decided to end their partnership. The ugly split between the player and the club remains fresh in the minds of many. After the football club and Cristiano terminated their contract mutually, the Portuguese forward entered the world cup as a free agent.

Ronaldo's Controversial Interview May Be The Reason he left Premier League.

Seeing the disrespect for the management, many clubs didn't want Ronaldo. Also, the salary demand of the Portuguese forward remains sky-high. Many top brace teams didn't want to pay him the amount he demanded.

Daily Mail stated after Ronald's interview many European clubs wanted nothing to do with the player. After the criticism of his previous club, finding a new place in Europe was impossible.

Cristiano Ronaldo will bag over 175 million Pounds a year!

Cristiano Ronaldo joining the Saudi soccer club Al-Nassr created a massive splash on the internet. Despite keeping the details about the deal hidden, leaks about his paycheque say everything that needs to be told. Cristiano Ronaldo and his deal with Al-Nassr makes him the highest-paid footballer. SOURCE: [email protected]

Cristiano said he wanted to continue playing in the top level yet moved to a mid-tier league.

The Portuguese footballer wanted to play top-level soccer. However, his sudden switch to a mid-tier league raised many eyebrows. Currently, the Suadi Pro League sits at the 27th slot. A far cry from the first place Premier League holds.

A top-level player joining somewhat of an unknown league may certainly pull viewers. However, will the players, including Cristiano Ronaldo, grow from the games? Or will it turn into a one-person show?

Two other teams besides Al Nassr wanted Cristiano Ronaldo under their Banner?

Cristiano Ronaldo holds a massive fanbase in football fandom. The legendary player brings enormous interest to the club. As such, another Saudi Club,  Al Hilal, offered Ronaldo an irresistible offer during the World Cup. 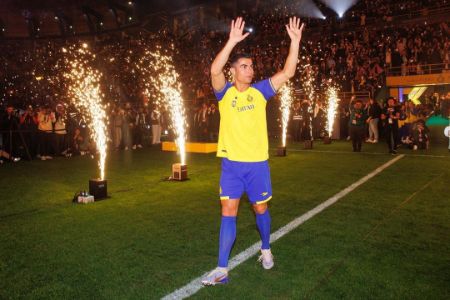 Al Hilal FC offered a whopping £305 million to the Portugues Ace. Despite his contract with Manchester United coming to an end, Ronaldo rejected the offer. However, the deal with Hilal FC stays in the past.

The Sporting Kansas City of the MLS offered a place to the legendary footballer. According to sources, the American football club offered a similar price to Al-Nassr. In the end, Ronaldo started his football journey in the Asian league.

Ronaldo will have a massive increase in his already huge net worth!

Cristiano Ronaldo led many years of success as a footballer. As such, the soccer legend earned a massive wealth playing for various top brace clubs. After signing his new contract, Ronaldo holds an estimated $500 million as his net worth. 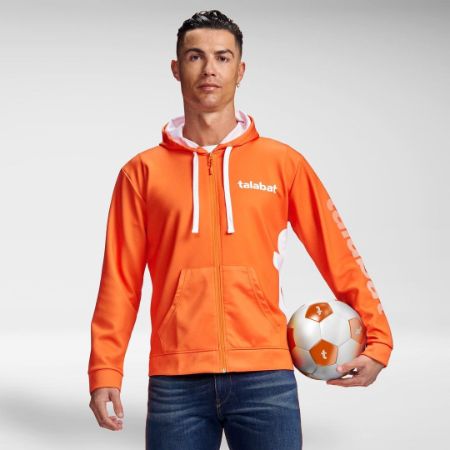 Ronaldo will bag $213 million in 2023 as his salary from Al-Nassr FC. Similarly, the Portuguese footballer also draws millions from his many endorsements. Cristiano signed a sponsorship deal with the following brands:

Ronaldo makes millions from these brands and more. But, the Portuguese footballer's biggest sponsor remains Nike. From Nike alone, Cristiano earns over £100 million.

Aside from being a talented footballer, Cristiano Ronaldo is also well-versed in business. After seeing his merchandise sales, Ronaldo started selling merch of his own. The footballer later started selling garments with his name on them.

Ronaldo also owns multiple hotels in Portugal. Firstly, the soccer star has an establishment in the country's capital Lisbon. His second hotel is located in his hometown Funchal, Madeira.