One of the prominent players in Baseball History, Craig Michael Kimbrel is an American Professional Baseball Pitcher for the Chicago Cubs of Major League Baseball. Yu Darvish is also one of the pitchers for the Cubs He is known for his fastball which bursts through the air in Triple-digit speed as well as his pre-pitch stare.

Michael was born on 28 May 1988 under the star sign Gemini in Huntsville, Alabama alongside Alan Kimberl and Matt Kimbrel. The three brothers were born to parents Mike Kimbrel and Sandy Kimbrel.

Kimbrel attended Lee High School and for his collegiate years, he enrolled at Wallace State Community College. Throughout his career in the field, he has achieved some outstanding awards and incredible achievements. He was the youngest player to have 200th save in June 2015 with the Padres and 300th save with the Red Sox in May 2018, making him the youngest player to reach this achievement. Want to know more about the star pitcher? Who is he married to? what is his annual salary?

Craig Kimbrel Net Worth in 2020: What are his contract details with the Cubs and Brave?

The Star Pitcher signed a three-year contract worth $43 million dollars in June 2019 with the Chicago Cubs. This contract will earn him an average salary of $14,333,333 annually. He currently plays alongside players such as Kris Bryant, Anthony Rizzo, and Kyle Schwaber. 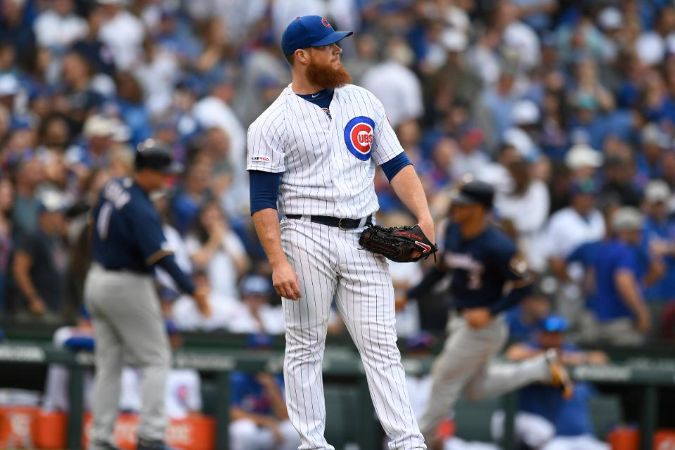 His first contract was with the Atlanta Braves where he signed a four years contract which was on average in his starting season but after his incredible performance in the Braves, they offered him a 4-years contract worth $42 million dollars in 2014. However, he only stayed with the team for a single season.

The 95 Kg weighing Craig has signed contracts with multiple other teams beside Chicago Cubs such as Atlanta Brave, Boston Red Sox, and San Diego Padres. Throughout his professional career, he has managed to accumulate a whopping total of $66,605,000 as salary.

Besides the income he earned from his professional career, baseball players also receive sponsorship deals and endorsement deals that add more value to his net worth. The right-handed pitcher for the Cubs has managed to gather a net worth of $50 million from his salary and other endorsement deals. Similar to Craig, the former baseball player David Wells also has a net worth of $50 million.

Being a millionaire, he is living a life of luxury with his wife traveling and spending his millions.

The 6 ft 0 in Kimbrel is married to the beautiful Ashley Holt who was the former cheerleader for Wallace State. After dating for a couple of years, the couple tied the knot in December 2012. They welcomed their first child, a daughter named Lydia Joy on 3 November 2017. 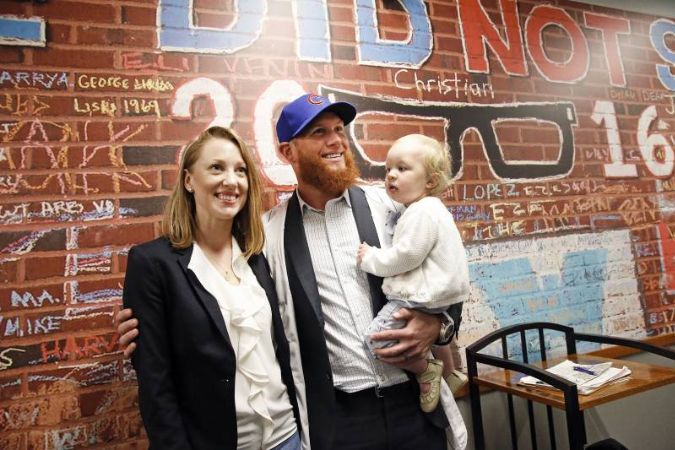 Craig Kimbrel with his wife and Daughter SOURCE: Bleacher Report

Tragic it may seem, their daughter was born with heart defects and has undergone two surgeries. They love their daughter to the moon and back and will always be there for her.

The couple is married for seven years and their bond is growing stronger every day. There is no news regarding any controversies or affairs between them and are happily living together.