Courtney Paris, who is an American professional basketball player, plays in Women's National Basketball Association (WNBA) for Seattle Storm. Courtney plays as a center for the team. Further, she was drafted on the 2009 WNBA draft in round one as a seventh overall pick.

Courtney Paris was born on September 21, 1987, in San Jose, California. Also, she is American by nationality and African by her ethnicity. Further, her zodiac sign is Virgo. Courtney went to Millenium High School for her high school degree and the University of Oklahoma for her further studies.

Courtney Paris is a WNBA player where they don't get paid as European players. However, her net worth might be in six digits as she is considered as a successful player in WNBA because she has been active for more than nine years. 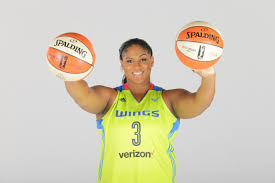 A professional basketball player, Courtney Paris might be currently single and yet to exchange her marital vows. Further, she might be focusing on herself and nourishing herself by growing immense strength emotionally, physically and mentally. 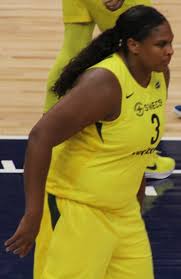 Courtney Paris is not active on social sites and seems to be introvert so information about her personal life is still behind the bar. Further, it seems like Courtney likes to keeps her personal life far from her professional life so her relationship status is quite unclear.