Earletha Kelly, well recognized as Cookie Johnson, is a wife of veteran NBA star, Magic Johnson. Her spouse, Johnson has been an advocate for HIV/AIDS prevention and safe sex, as well as an entrepreneur, philanthropist, broadcaster and motivational speaker since his retirement.

Huntsville, Alabama native, Cookie, was born on 20th January 1959, under the star sign Aquarius. The sixty-one-year-old holds an American nationality who came from the Afro-American ethnic background. Here we brought you interesting facts about Magic Johnson's wife and their love story.

Cookie and Magic first met in 1977 at the Michigan State University during their freshman year. Magic, a basketball star on campus, every girl wanted to meet him. Cookie recalls, "I just thought, 'forget it. There's no way he's going to pick me over all these other women.'"

However, the duo later got the way together and started dating. Sounds romantic, but yes, the basketball player told her and his parents after three months of dating that Cookie going to be the one, and the rest is history. 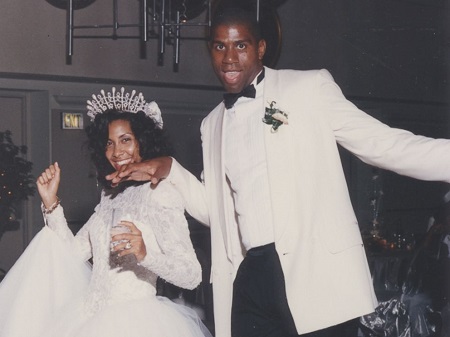 In 1991, the couple tied the knot in an intimate wedding ceremony in Lansing. Now, its almost three decades of their marriage, but the spark in their relationship is like day one.

on 14th September 2019, the couple celebrated their 28th anniversary, Magic giving a IG shoutout, "I told you and my parents after three months of dating that you were going to be the one I was going to marry. And by far, marrying you was one of the best decisions I've ever made. The job you've done as a mother and now a grandmother has been an honor to witness and I am so proud to call you my wife. I look forward to many more years together. I love you dearly… Happy Anniversary!"

A Proud Parent of a Son

Cookie and Magic shares a son named, EJ Johnson, born on 4th June 1992. He came out as gay at the age of 17 and now a famous TV personality and socialite. 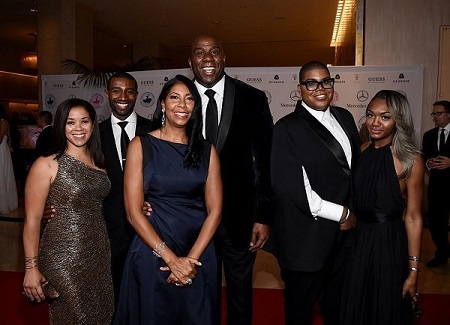 Further, the couple adopted a daughter, Elisa in 1995. Also, Cookie is step-mother to Andre Johnson, who was born to Magic's past-relationship with Melissa Mitchell in 1981. Andre is now married.

Ahead of the 191-92 NBA Season, Magic Johnson discovered tested positive for HIV and made a public announcement that he would retire immediately. He stated that Cookie and their unborn are safe from the disease and that he would dedicate his life to battle this deadly disease.

Despite the disease, Johnson was chosen to compete in the Barcelona 1992 Summer Olympics for the US basketball team, dubbed the "Dream Team" alongside fellow Hall of Famers such as Michael Jordan, Charles Barkley, and Larry Bird.

Since Johnson and his wife running a campaign as well as a charity for HIV patients.

Net Worth And Properties As Of 2020

Cookie Johnson is a full-time housemaker who devoted her life to take care of her husband, Magic Johnson, and family. Though Mrs. Johnson does not have any income source, she shares a jaw-dropping net worth of $600 million with her husband.

Not to mention, Johnson has made $24,560,000 as NBA career earning playing from 1979–1991, 1996 with Los Angeles Lakers. Upon retirement, he runs several businesses, worked for NBC as a commentator as well as coached Lakers. Also, he is a part of a group of investors that purchased the Los Angeles Dodgers in 2012 and the Los Angeles Sparks in 2014. 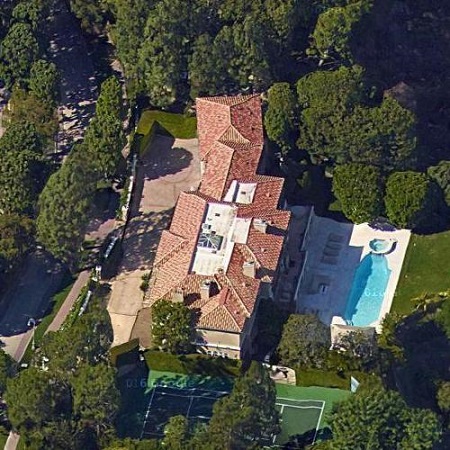 Currently, the Johnsons' family resides in a million-dollar house in Southern California. Further, the family head south to their house at the beach, a three-story, Tuscan-style villa during weekends or holidays.