People outside of the combat sports fandom know the name Conor McGregor. Joining Conor on the global fame is Jon Jones, and no, not from the DC comics. Jones, from the light heavyweight division of UFC, joins McGregor in his return to UFC after his last fight in 2020. But after a pay dispute, Jon left the UFC promotion.

Conor suffered a broken tibia in his third bout with Dustin Poirier on July 10, 2021. The Irish MMA fighter stopped fighting for a full two years, and now, McGregor will return to UFC in 2023. Likewise, Coner and Jon are former UFC champions of their respective divisions. As such, their return to the MMA promotion has created a massive buzz all over the internet.

Conor McGregor vs Michael Chandler would be a fun fight, said the UFC President!

After two years of MIA, Conor McGregor has turned himself buffer and looks more dominating than ever. And after his supposed return to UFC in 2023, who'd he be facing? Dana White once said McGregor vs Michael Chandler would be a fun fight. However, the UFC president also said those words unofficially and explicitly told the world the bout was a "What if" scenario. 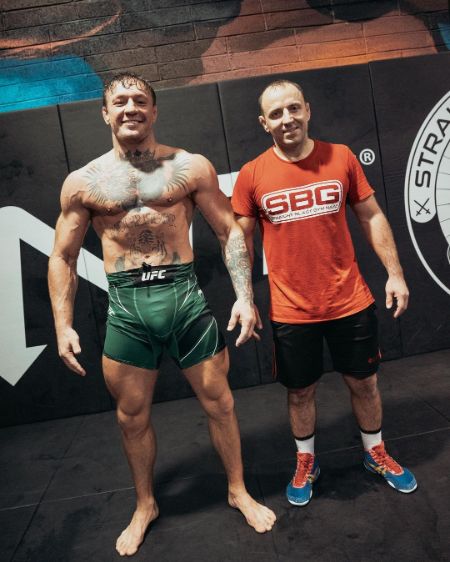 Conor McGregor was training for his return to UFC and shared about it on his social Media. SOURCE: [email protected]

The return of Conor in the octagon is closer as it turns 2023. White further stated that McGregor isn't retiring in the foreseeable future. Likewise, the UFC boss remains coy about who the talented MMA fighter will face after returning to the promotion.

While the idea of Chandler facing McGregor is fun, the bout hasn't been officially instated. As such, the opponent of the Irish fighter remains a mystery. But here are the possible bouts that Conor could be a part of:

Is Floyd Mayweather Jr. vs Conor McGregor the Rematch in the works?

In August 2017, Conor McGregor ventured into the boxing ring. McGregor faced the five-division boxer Floyd Mayweather Jr. At the time, MMA father fought the undefeated champion and what many called The Money Fight. 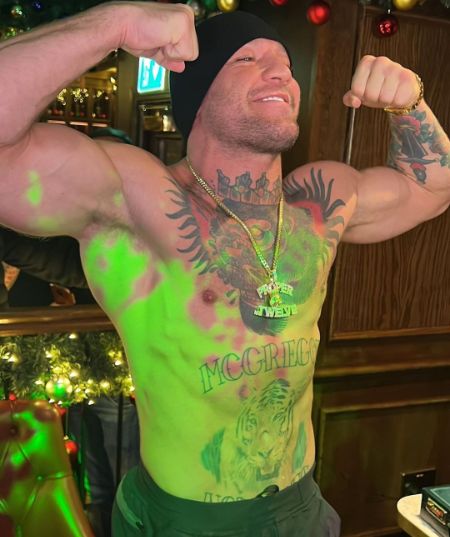 Conor McGregor showed off his muscle gain at a party and later posted it on his Instagram. SOURCE: [email protected]

On August 26, 2017, Mayweather and McGregor faced for the first time. It was Floyd that bagged the victory in their first bout, making his undefeated streak to 50. After his loss to Mayweather, Conor's MMA started going south.

Over half a decade later, Floyd talked about his rematch with McGregor. The legendary boxer told the world that the rematch between him and Conor is in the pipeline. Further insinuating the possibility of Floyd vs Conor Part II. Conor could take up the chance to defeat Mayweather, making it 1 and 1.

Jon Jones said to return after missing two years in the UFC!

Jon Jones left the UFC promotions after a falling out regarding his salary. After leaving the Ultimate Fighting Championships for two years, Jones decided it was time to return to the octagon. Fans loved his dominance in the ring. As such, Jon's return created a humongous buzz. 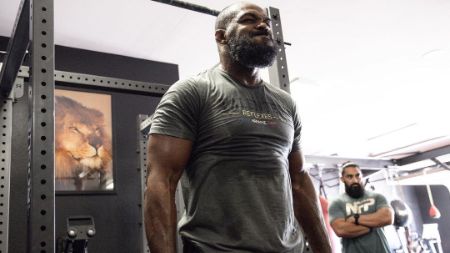 Jon Jones was training at the gym to build his muscle mass before moving to the heavyweight division. SOURCE: [email protected]

Pay dispute aside, Jones and his return to the UFC drew many fans' interest. Jon's bout partner remains undecided, like Conor McGregor's opponent. However, fans know who they want to watch Jon fight in 2023. The MMA fandom wants the bout Francis Ngannou vs Jones in 2023.

Both Francis and Jon hold a massive reputation in the MMA world. Similarly, they are considered some of the most powerful powerhouses of their division. As such, the fans salivate at the thought of Ngannou vs Jones.

Jon Jones Left the UFC promotion because of the pay dispute! Is the dispute settled?

In May 2020, Jon Jones and Dana White butted heads. Not in the octagon, of course, but about Jones' pay. Jon believed he deserved much more than what he was receiving at the time. Jonathan Dwight Jones bagged $500,000 per fight. 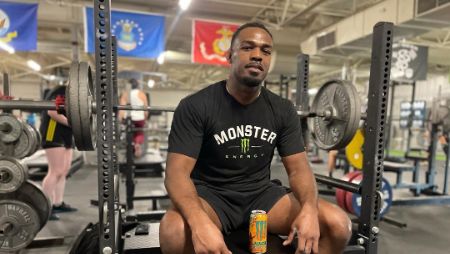 Jon Jones holds an endorsement deal with Monster Energy Drink and posts about the product on his social media. SOURCE: [email protected]

Jon was at the peak of his career and held an undefeated streak in his MMA journey. Out of his 28 bouts, Jon lost one match via disqualification and one no-contest. As such, Jones believed he deserved much more than what he was earning at the time.

On August 15, 2020, Jon announced his departure from UFC to his fans through social media. Jones relinquished his light Heavyweight title when he left UFC. At the time, Jon also stated his wishes to move up his division to heavyweight to his fans. With his return all but certain, Jon's paycheque might have grown.