Colten Brewer is an American professional Baseball player who plays in the Major League Baseball (MLB). As of 2018, Colten Brewer currently plays for the Boston Red Sox as their pitcher. Colten Brewer has played for other teams like Pittsburgh Pirates, New York Yankees, and San Diego Padres.

Colten Brewer was born on October 29, 1992, in Dallas, Texas. However, there are no any details about his parents. As per his nationality, he is American and belongs to White ethnic group. Further, his star sign is Scorpio.

Talking about his education background, Brewer attended Canton High School in Canton, Texas where he played for their baseball team.

Colten Brewer Net Worth And Salary

As of 2019, Colten Brewer has an estimated net worth of over six-digit figure. Further, the MLB player has an average salary of $535 thousand annually while J.D. Martinez is one the highest earners of the team with an annual salary of $23.75 million.

Colten Brewer so far has made earnings of $545,000 from his entire MLB career.

Brewer's Contracts and Earnings including bonus and incentive:

Further, the MLB Player Colten Brewer earns a good amount of money from various sponsorships, helping him to collect decent net worth.

You might want to see: Miguel Cabrera Bio, Salary, Net worth, Married and Personal Life

Unlike his professional career, it was a tough task to dig up his personal life and moreover about his marital status. Further, he hasn't dropped a single hint about his current relationship status as he maintains his life low profiled.

Additionally, the information about his past affairs, relationship, and girlfriend are out of the reach of media. 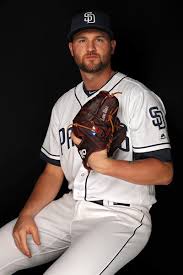 However, the famous pitcher might be in a relationship and living a happy life with his wife or girlfriend but there aren't any source to claim the fact till date. Talking about body measurement, the 26 years old MLB star is 6 feet 3 inches in height and weighs around 104 kg.

In the fourth round of the 2011 MLB draft, the Pittsburgh Pirates selected Brewer and signed him. He made his professional debut on April 12, 2018, where he recorded 1-3 with a 3.24 ERA in eight games (six starts).

After the 2016 season, the New York Yankees selected Brewer from the Pirates in the minor league phase of the Rule 5 draft and played for the Yankees till 2017.

Later, After the 2017 season, he signed a major league contract with the Padres. On 20 November 2018 Padres traded Brewer for Esteban Quiroz to the Boston Red Sox.

Currently, he is playing along with his star teammates such as Dustin Pedroia, Rick Porcello, Nathan Eovaldi and many more.