Colleen Vandeweghe a.k.a. CoCo is an American professional tennis player. She reached her career-high singles ranking of world No. 9 on January 15, 2018. Currently, she is ranked No. 172 as of February 21, 2022. She has won 2X WTA titles and a Grand Slam doubles title, which she won at the 2018 US Open with partner Ashleigh Barty.

New York, NY native, Coco Vandeweghe was born on 6th December 1991, under the star sign Sagittarius. The thirty years old holds an American nationality and is of white ethnic background.

How Much Is Coco Vandeweghe's Net Worth In 2022?

While the whole world just started believing Coco is single, the tennis player dropped a bomb talking about her first date via her official IG on 22nd October 2020. The guy on the post is Kyle Filippelli who has been featured previously a few times on her socials. 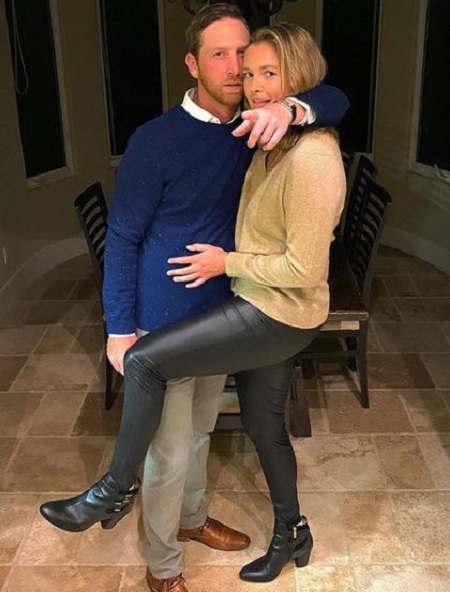 However, the duo is yet to come out with their love story such as: when they met, who approached first and started dating.

From A Sports Family

Coco is the daughter of Tauna Vandeweghe, 1 1976 Olympic swimmer, and Robert Mullarkey. Further, her maternal grandmother, Colle kay Hutchins is a Miss American while her grandfather, Erin Vandeweghe is a former New York Knicks basketball player. Likewise, her maternal uncle, Kiki VanDeWeghe is a basketball player Kiki VanDeWeghe, and her grandmother's brother, Mel Hutchins was an NBA player.

At the age tender age of eleven, Coco started playing tennis with her elder brother, Beau. Tennis was the last sport she chose in her early life which eventually turned into her profession.

As an amateur, Coco Vandeweghe won Junior US Open. At the age of fourteen, Vandeweghe made her WTA debut at the 2006 Acura Classic where she lost to Kateryna Bondarenko in round one.

A top 10 singles player, Vandeweghe also won two WTA titles, both at the Rosmalen Grass Court Championships in Den Bosch. In 2017, she reached two Grand Slam semifinals at the Australian Open and the US Open and the final of the WTA Elite Trophy to move into the top 10 for the first time. Additionally, she has twice reached the quarterfinals at Wimbledon in both 2015 and 2017. Vandeweghe also owns one Grand Slam doubles title, which she won at the 2018 US Open with partner Ashleigh Barty.

At doubles, Coco partnered with Martina Hingis in much of the second half of the 2016 season, the duo reached the semifinals of the US Open, which led them to lift to a then-career-high ranking of No. 18 in the world. That same year,  Coco reached two Grand Slam mixed doubles finals at the Australian Open and the US Open.

Vandeweghe's career's first Grand Slam title came in 2018, partnering Ashleigh Barty at the US Open. Subsequently the pair reached the semifinals at the 2018 WTA Finals, grabbing a new career-high ranking of No. 14.

Both singles and doubles helped Coco win all eight of her Fed Cup rubbers in 2017 across three different ties to lead the US team to its first Fed Cup championship since 2000.