Cheyenne Knight is an American professional golfer who currently competes in LPGA Tour. Turned professional in 2018, she has won 1 LPGA tour. Further, Knight finished his collegiate career playing golf for the University of Alabama where he was named three-time All-American as well as the 2017 SEC Player of the Year.

Texas native, Cheyenne Knight was born on 22nd January 1997, under the star sign Aquarius. The twenty-four years old holds an American nationality and is of white ethnic background. She stands 5 ft 10 in (1.78 m) tall in height.

How Much Is Cheyenne Knight's Net Worth In 2021? Prize Money

It's been over three years that Cheyenne Knight started playing golf professionally. Along with a name and fame, she has earned good deal of money in this short period of time. Not to mention, professional golfers are paid a percentage of the purse for each tournament they play in and finish in the money.

Turned professional in 2018, Cheyenne recorded four top-10 finishes on the Symetra Tour including a season-best T6 result at the Symetra Tour Championship after finishing college golf season. Further, she finihsed T27 at the inaugural LPGA Q-Series to earn Priority List Category 14 status for the 2019 season.

The following season, she became one of four rookies to make it into the season-ending CME Group Tour Championship. What's more? she was a Rolex First-Time Winner in her rookie season at the Volunteers of America Classic, where she became the first player from the University of Alabama to win on Tour.

Cheyenne Knight is currently in a relationship with his boyfriend, Robby, whom she often features on her official IG. Though there is no exact date when the two started dating their lovey dobby photo on IG started appearing in 2016. 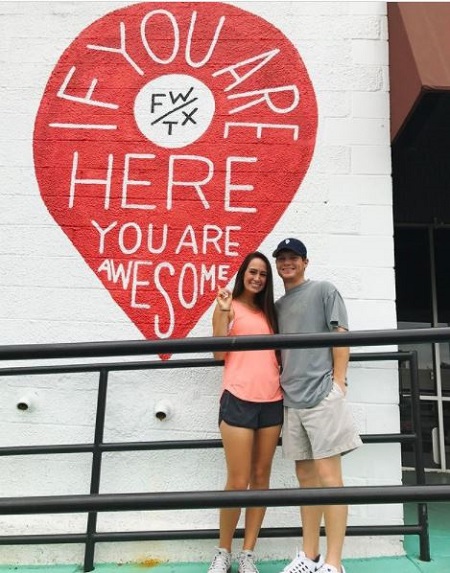 Since Knight has to move to different places frequently due to her game: Knight and Cheyenne make time for themselves from their busy schedule.

Besides, the tennis player enjoys sightseeing, visiting local coffee shops and cafes, drawing and journaling, shopping, and getting manicures. Also, she admits to being a foodie and loves to cook.

Cheyenne Knight was born to Gene and Jayna Knight. At her twelve, she lost her brother, Brandon Burgett, who was killed when a drunk driver slammed into his vehicle. Since then, Knight keeps his memory close to her heart when she’s competing. When she claimed her first LPGA title her late brother was “watching in heaven” and tribute her win.

She mentioned a group of about 25 family and friends, including her 80-year-old grandmother, Pat, and an aunt, were a source of consistent support.

Further, she added, “Growing up, I wanted to do everything Brandon did,” Knight told Golf Channel. “He was a great athlete, and I’m super competitive, I think, because of him. He really helped me become the athlete I am today. He was a great man, and I felt like he was watching today.”