Chance Adams is an American baseball pitcher currently signed to the Kansas City Royals of MLB. He was drafted by the New York Yankees in the 5th round of the 2015 MLB draft.

Scottsdale, Arizona native, Chance Adams was born on 10th August 1994, under the star sign Leo. The twenty-five years old holds an American nationality and belongs to the white ethnic background.

Currently, Chance Adams is signed to minor league of the Kansas City Royals. According to the source, the minor league pays its rooster $15,000 and is increasing the minimum salary for players in the minor leagues starting with the 2021 season. 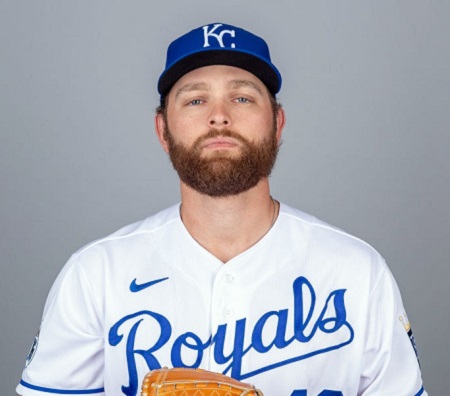 Chance Adams has an estimated net worth of $0.2 million SOURCE: Getty Images

Chance Adams is married to his long-time girlfriend, Mackenzie Adams. The couple started dating since June 2015. On their first anniversary on 18th June 2016, Mackenzie drove 16 hours to wish Chance.

After being in a relationship for almost four years, Chance proposed her in Niagara Falls State Park, in April 2019. 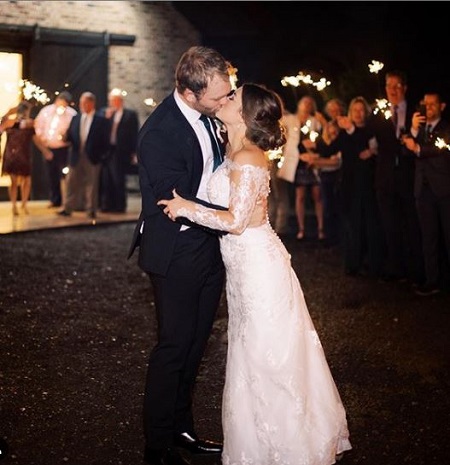 The following year, in January 2020, the couple tied the knot in an intimate wedding ceremony in the presence of their family and friends.

Chance Adams was born to Ash Adams and Brandon Short. He grew up, Chance shuttled between the homes of his mom, Ash Adams, and his dad, Brandon Short. Matter of fact his parents were never married, and Chance took his mom’s last name. As a kid, he was a standout ballplayer, though, he said, not much of a student.

Chance enrolled at Chaparral High School in Scottsdale, Arizona. Upon graduation, he joined Yavapai College where he played college baseball for two years before transferring to Dallas Baptist University. After one year at Dallas Baptist, he was drafted by the New York Yankees in the fifth round of the 2015 Major League Baseball Draft.

Adams made his professional debut via Class A-Short Season New York-Penn League of the Staten Island Yankees. Later, he was promoted to the Charleston RiverDogs of the Class A South Atlantic League and Tampa Yankees of the Class A-Advanced Florida State League. Adams started the 2018 season with Scranton/Wilkes-Barre.

On 4th August 2018, Adams was called up to the major leagues to play against the Boston Red Sox in his first career start. On 18th December 2019, he was designated for assignment.