Carson Soucy is a Canadian professional ice hockey player playing defense for the Seattle Kraken of the National Hockey League (NHL). He finished his collegiate career with the Minnesota-Duluth Bulldogs in the National Collegiate Hockey Conference. Concluding his collegiate career, Soucy started to play in the NHL and signed an entry-level contract with the Minnesota Wild on April 11, 2017.

Soucy played prominently for the Minnesota Wild, and since July 2021, he has been playing for the Seattle Kraken. Soucy is one of the most prominent players in his team, as he has helped them to win many games in big tournaments. With maintaining an impressive professional life, Soucy is also doing well in his personal life. He is a married man living happily with his wife, Shyla Soucy.

Carson Soucy is married to his girlfriend-turned-wife, Shyla Soucy. The couple has known each other for over a decade. The Soucy couple often posts images on their social media handles. As the ice hockey player keeps his love life very private, we cannot mention when he began dating Shyla.

Being in a romantic affair for a long time, Carson and Shyla thought of taking their relationship to the next level. So, in August 2021, Carson proposed to his girlfriend with a diamond ring. The ice hockey player also took to Instagram to share the happy news with the world. 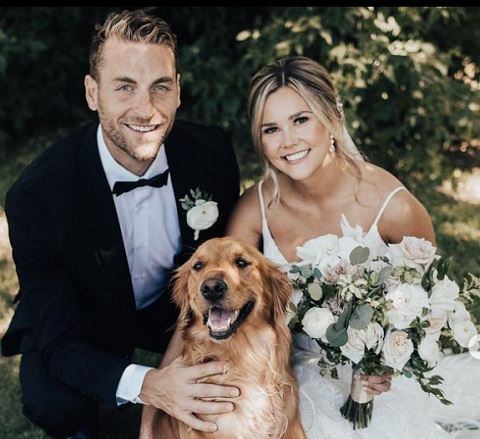 Carson Soucy with his wife, Shayla, at their wedding.  SOURCE: Instagram @soucy71

On August 12, Carson posted a series of their engagement moments, writing, "She said Yes! Can't wait to marry you." Many of his fans and well-wishers were quick to congratulate the couple. After their engagement, Soucy and his partner began preparing for their wedding.

The engaged couple walked down the wedding aisle on July 9, 2022. Their intimate wedding ceremony was organized privately in the presence of their family and close ones. The professional ice hockey player shared their wedding photos on his Instagram account.

Kraken's Carson Soucy Net Worth and Contract: His Salary

Soucy earns a decent amount of money from being a professional ice hockey player. He relishes a lavish life with an over $4 million net worth. Soucy is signed with the Seattle Kraken and earns $3,500,000. In his first season with the Kraken, he bagged himself $3,000,000. 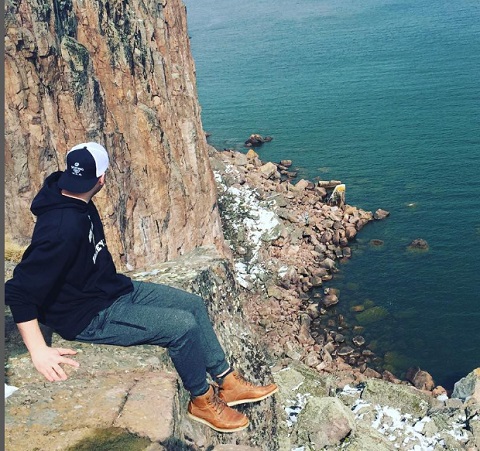 As Soucy is still active in this sport, we can expect that his income will skyrocket in the coming years.

Soucy's Journey From Junior Career to the National Hockey League

Soucy has an athletic family background, as most of his family members are engaged in sports. So, while growing up, Soucy competed at the Triple-A midget level. He also played one season of junior A hockey with the Spruce Grove Saints of the AJHL. After that, he competed in softball and represented the Canadian team at the 2012 International Softball Federation World Junior Championship.

After finishing his collegiate career, Soucy began his NHL career. The Minnesota Wild drafted him in the 2013 NHL Entry Draft with the 137th overall pick. On April 2, 2017, he was called to the NHL level following an injury to Ryan Suter, and his NHL debut came on the same night in a game against Edmonton.

Soucy is one of the most prominent players on his team. While representing the squad in many games, Soucy has faced some issues with his health. He has been injured multiple times. In February 2020, Soucy missed some games due to an illness. Tyson most notably played for the Elk Point Elks of the SaskAlta Senior Hockey League. As said earlier, Carson has received huge support from his family and has also talked about them in some interviews. When he was drafted in 2013, Soucy had a Q&A session with NHL. He was asked whom he was watching the draft with. So, he said, "My family. My mom and brother."

Besides that, Soucy has two cousins, Parker Mackay and Zach Mackay. Parker is also an ice hockey player who played for Irma Aces in the EastCSHL. In the same way, Zach has played for the same team.

Here Are Soucy's Height in Feet and Weight

Regarding his body measurement, Soucy is a tall guy standing at an impressive height of 6 feet 5 inches which is 196 cm.