Cam Bedrosian is an American professional Baseball player who plays in the Major League Baseball (MLB). As of 2019, Cam Bedrosian currently plays for the Los Angeles Angels as their Pitcher. In the first round of the 2010 MLB draft, the Angels selected Bedrosian.

Also, he is in a romantic relationship with his girlfriend,  Cassie Dunn.

How much is Cam Bedrosian's Net worth and Salary in 2019?

Thanks #Moms for teaching us what strength and courage means. In 2018, New Balance shall contribute 5% of the MSRP of each product sold from New Balance’s Lace Up for the Cure® Collection to Susan G. Komen® with a guaranteed minimum donation of $500,000. https://t.co/BaJMQ7fuNB pic.twitter.com/Ei8cpzyV9c

So with all the references, we can conclude that he is living a lavish lifestyle with the earnings he made from his playing career. Also, he has some of the luxurious cars collection but the details are yet to be revealed. 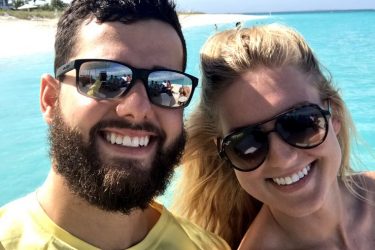 Cam and his love are dating for quite a long time but he hasn't posted any pictures of her in his social accounts. Further, he seems to be a secretive person. He likes to keep his professional and personal life separately.

As per the reports, they regularly go on vacation to spend some quality time together. They were last spotted spending a vacation in Turks and Caicos in 2016. Also, the couple shares a common interest, that is love for the good book.

Cam Bedrosian was born on October 2, 1991, in Senoia, Georgia to parents Steve Bedrosian and Tammy Bedrosian. As per his nationality, he is American and belongs to the White ethnic group. Further, his star sign is Libra.

He grew up along with his siblings Cody, Katelyn, Kyle, and Carson.

In Sharpsburg, Georgia, Bedrosian attended East Coweta High School. He's been called an all-American. He committed to a baseball scholarship at the Louisiana State University (LSU) to play for the LSU Tigers.

Cam Bedrosian was Drafted to MLB in 2010.

In the first round of the 2010 MLB draft, the Angels selected Bedrosian. He signed a $ 1,116 million signing bonus with the Angels.

He made his professional debut with the Rookie-level Arizona League's Arizona Angels that year. Bedrosian was 5-4 with one save in 2018 and recorded an ERA of 3.80 with 57 strikeouts in 71 games in 64 innings.

Currently, he shares a pitch with his famous teammates Cody Allen, playing for Angeles