Gossip Buffalo Bills' Safety Damar Hamlin: Collapses In the Mid-Game After a Tackle

Buffalo Bills' Safety Damar Hamlin: Collapses In the Mid-Game After a Tackle

American football can get physically threatening at times. However, in history, only one player, Chuck Hughes, died on the field. And yesterday's game became a chilling reminder that all NFL athletes are humans and can lose their life during a game. After a beautiful tackle, Damar Hamlin of the Buffalo Bills collapsed while the game was being played. And many of his teammates were stunned by the whole ordeal.

Damar was drafted into the NFL in 2021 and held much promise as a player. However, Hamlin comes into the spotlight after collapsing during the game on January 2, 2023. NFL suspended the Buffalo Bills vs. Cincinnati Bengals an hour after Hamlin's collapse.

Damar Hamlin and his family recently experienced a traumatizing event. And when Hamlin fell unconscious after receiving a tackle from Tee Higgins, the quick response of the paramedics saved his life. Seeing the NFL athlete motionless on the ground, the first responders jumped into action and whisked away the fallen player. 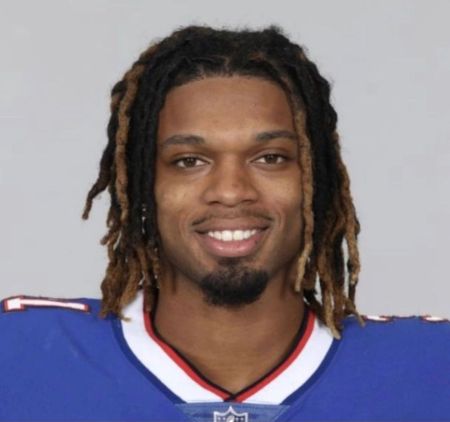 Damar Hamlin is an NFL athlete under the Buffalo Bills and took a picture with their jersey on. SOURCE: Instagram

As the paramedics placed Damar into the ambulance on a stretcher, the players of both teams gave way. The medics tried their best to stabilize Hamlin for ten minutes straight. After ten minutes of intensive care, the collapsed athlete was taken to the University of Cincinnati Academic Health Center.

Damar was admitted to the hospital at around 21:25 EST. However, the fight for his life turned rougher as time ticked away. According to Fox News, Hamlin suffered a cardiac arrest while in Cincinnati Health Center.

Why did Damar Hamlin suddenly collapse?

Damar Hamlin took Tee Higgins' tackle with massive force behind it. Tee's tackle hit the young player in the head and chest area, but Hamlin was quickly on his feet. A few seconds after he got up, Damar suddenly collapsed and remained still. Later, the Bills announced that Hamlin suffered a cardiac arrest after he took Tee's tackle.

Every fan and player present during Buffalo Bills vs. Cincinnati Bengals game was stunned when Hamlin suddenly collapsed on the field. Within seconds the paramedic arrived on the field, taking quick action and saving the NFL star's life.

Thankfully, Bills' safety didn't suffer the same fate as Chuck Hughes. Hughes is the only player to die on the field during a match. With the quick response of the medics on the field, Damar avoided a tragic end. Although Damar pushed through his critical condition, he's still listed as critical.

Damar Hamlin's collapse was a big shock to many watching the game. After he collapsed, the NFL suspended the Bills vs. Bengals, and many fans of the sport supported the decision. 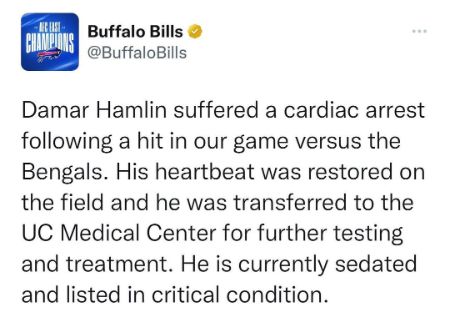 After the incident, Tee Higgins and the Bengal's Ja'Marr Chase offered their condolences to Damar's family. Likewise, James Franklin also voiced his condolence to the NFL player and his loved ones.

Damar Hamlin found his talent for football during his high school years!

Born and raised in McKees Rocks, Pennsylvania, Damar Hamlin started his journey as an American football player at a young age. By the time he reached high school Hamlin was well-adapted to the sport. As such, he played in the Central Catholic High School's football team. Damar also earned the Class AAAA Defensive Player of the Year in 2016. 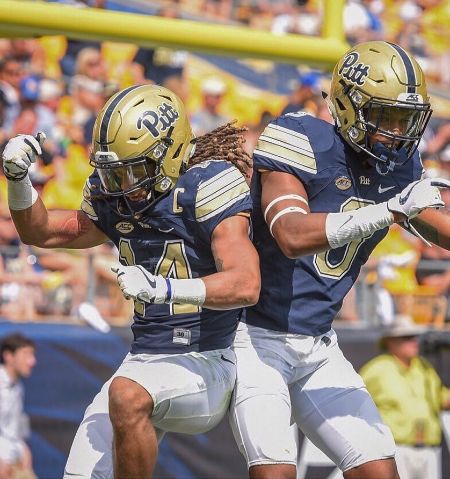 Many of the top brace universities wanted Hamlin under their banner. But in the end, Damar enrolled at the University of Pittsburgh. Likewise, the talented defensive player started playing for the Pittsburgh Panthers after joining the said college. Hamlin appeared in over forty college games and held a processing future in football.

After graduating from college, Damar was signed by the Buffalo Bills on May 21, 2021. And after an impressive display of skill in his rookie season, the Bills moved Hamlin as a starter in 2022. Micah Hyde suffered a season-ending neck injury in week 2 of the season. And after his collapse mid-game, it remains unclear if Damar will play again for the rest of the season.