Bronson Burgoon is an American professional golf player. He turned professional in 2010 and has competed in 101 events to date. Bronson competes in the PGA Tour and also played in Web.com and PGA Tour Latinoamerica. He has won two major tours in his career.

Bronson Burgoon was born on June 2, 1987, in The Woodlands, Texas. He is among the two children born to Richard Burgoon and his wife. He has an older brother named Goodwin. His brother is also a golf player. Bronson graduated from The Woodlands High School and enrolled at Texas A&M University. Talking about his physical appearance, Bronson stands six feet and two inches tall and weighs 86 kgs.

What is Bronson Burgoon's Net Worth in 2022? Know About His Career Earnings

Bronson Burgoon has an estimated net worth of more than $3 Million. Bronson earns a reasonable sum as a golf player and also makes money through his sponsors, endorsement deals, and advertisement deals. Last year, he took home a sum of $589,000 from 19 events he played and made cuts in 9 events. He owns two Australian Shepherd's named Briggs and Raley. 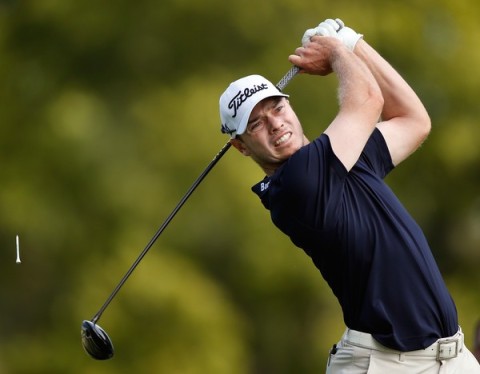 Bronson is a married man living a happy married life along with his wife and children. Bronson tied his wedding knot with his college sweetheart Katy Eudaly on April 2, 2016. The love birds had been dating each other for more than five years before their wedding. They met each other at the  Texas A& where Katy was a track athlete, and Bronson played golf in the University. 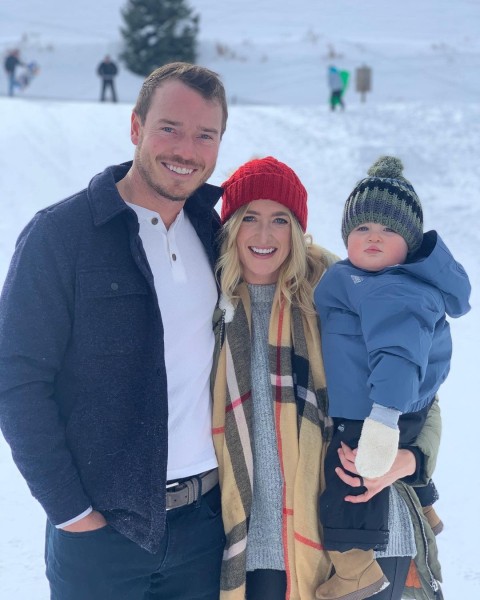 Bronson with his wife and child SOURCE: [email protected]

In February 2015, the pair got engaged. Bronson and Katy were on their visit to their University, where he popped up the question and Katy accepted the proposal. Soon after their wedding, the love birds welcomed two children, a son, Beckham, and a daughter, Rory Kate. The family of four is living a happy and peaceful life.

Burgoon won the 2009 NCAA Championship with his University team. He turned professional in 2012 and made his debut in PGA Tour Latinoamerica. Bronson got promoted to play for the Web.com Tour in 2014. In the following season, Bronson finished 18th on the regular-season Web.com Tour money list and graduated to the PGA Tour.

Bronson made his PGA debut in 2017 and finished the season 132nd in the FedEx Cup standings. He has been runner-ups at the 2018 John Deere Classic and the CIMB Classic in his PGA career. In 2012, The golfer won the 2012 Firewheel at Garland Classic, Twin Lakes Open. He has just played in 100 events and shall be earning much in the days to come.