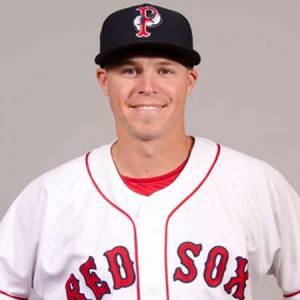 Brock Wyatt Holt is an American Professional baseball utility player. He is currently playing for Boston Red Sox of Major League Baseball (MLB) as an outfielder. Brock is also MLB All-Star player. He was born on June 11, 1988, in Fort Worth, Texas, the United States to Joel Holt (Father) and GayLynn Holt (Mother). He has a brother named Garrett Holt and sister named Shelby Holt. Brock is an American Baseball star. He belongs to white ethnicity and his star sign is Gemini.

Brock Holt enrolled to Stephenville High School in Texas before joining to Navarro College. There he started playing football for the All-District Team. Brock was leading player for his squad. Including his amazing defensive gameplay, later he earned all-district honors and was named a defensive player of the year in District 6-4a.

In 2009, Brock Holt was transferred to Rice University after attending 2 years at Navarro College. In that respect, he played numbers of matches where he was named to the ALL-NCAA Regional Team and the All-Silver Glove Trophy Series Team.

Brock Holt began his professional baseball career debut with the Pittsburgh Pirates. Firstly, he played for some Minor Leagues, for instance, the State College Spikes, Bradenton Marauders, and so on. During his minor league games, he also earned a name of MVP of the Eastern League All-Star Game.

Afterward, in 2012 Brock made his major league debut with Pittsburgh Pirates and played for only one year. Moreover, on December 2013, Pirates traded Brock to the Boston Red Sox where he began 2013 with the Triple-A Pawtucket Red Sox. Since then, he has been serving for Team Boston Red Sox. Up to now, Brock has won several awards. Some of them are FSL Mid-Season All-Star, EAS Mid-Season All-Star, World Series Champion, Roberto Clemente Award nominee, and so on.

Young and handsome Brock Holt is a married man. His spouse name is Lakyn Pennington. The couple got married on November 9, 2013. As of now, they have one son but they had not named yet. Their son is almost 2 months old at present. Currently, they are having a quality of life together. There are no rumors and affairs spread out of the couple.

SALARY, NETWORTH, AND OTHER FACTS

Talented Brock Holt is rising star of the current time. His skills are progressing day by day. Likewise, talking about his body figure, he stands a height of 5 feet 10 inch. His weight is 180 lbs, which are approximately 81 kg. Recently, he earns a salary of USD 606,000 and his net worth is estimated at $ 500,000.

Brock Holt has thousands of followers admiring him. His fans can follow him on his twitter account. Currently, he has 59.8K followers in twitter and almost 1400 tweets. You can check his Fangraphs in different sites.