Brian Dumoulin is an American professional ice hockey player playing for the Pittsburgh Penguins of the National Hockey League (NHL). The 6 feet 4 inches tall player played at Boston College. Before that, he attended the Biddeford High School (BHS) Tigers. During his high school career, he helped the team to win back-to-back state championships.

Furthermore, the Carolina Hurricanes drafted Dumoulin in the 2nd round of the 2009 NHL Entry Draft with the 51st overall pick. Meanwhile, he began playing professionally in 2012. Since then, he has had an active presence in this sport. He has been a part of the Penguins since being traded in June 2012. Being one of the most prominent players, Dumoulin has earned some awards and titles for his outstanding performances. In the 2010-11 season, he was named the Hockey East Best Defensive Defenseman.

How Much Is Brian Dumoulin's Net Worth? Explore His Salary and Contract

Dumoulin enjoys a net worth of over $12 million. Playing since 2012, he has signed massive deals with his team. At the time of this writing, Dumoulin has collected total career earnings of $26,200,000. Currently, Dumoulin has a deal with Pittsburgh Penguins. 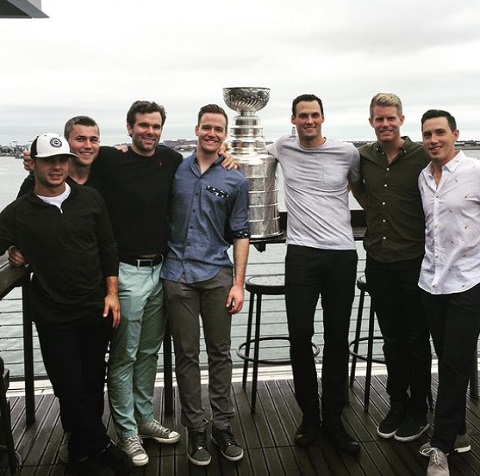 Brian Dumoulin in a visit with his mates.  SOURCE: Instagram @du24theboyz

Being a professional player, Dumoulin may have also received some brand endorsement. We can find him active on Instagram, where the ice hockey player showcases his lavish lifestyle.

Brian Dumoulin is a married man living a happy life with his wife, Kayla Dumoulin. Exploring their social media posts, it seems they have been married since 2018. Brian shared his first post about his wife on IG on January 2015. So, we can say that the Dumoulin couple has been with each other for more than seven years.

Dumoulin marked the couple's third marriage anniversary on August 5, 2021. He shared some snaps of himself with his wife and wrote lovely messages. Moreover, Brian and his wife are also the proud parents of a child, a son named Brayden Joseph, born in November 2019. 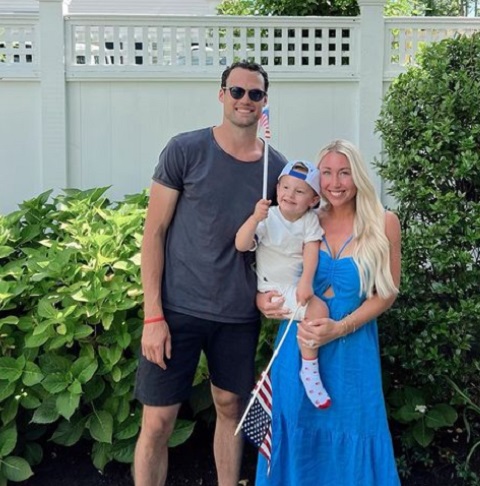 Brian Dumoulin with his wife and their son.  SOURCE: Instagram @du24theboyz

Brian keeps posting images of his son on Instagram. We can follow him as @du24theboyz to get more updates on his life.

Who Are Brian's Parents? A Look at His Family Background

Brian Joseph Dumoulin was born in Biddeford, Maine, U.S., on September 6, 1991, to his parents, Deb and Pete Dumoulin. His mom attended a nursing conference in California. After that, she taught her two sons, Brian and John, how to rollerblade. Later, the brothers began playing hockey in the driveway before enrolling in the learn-to-skate program at the Biddeford Ice Arena.

Not to mention, Dumoulin also has a sister named Katherine. Dumoulin also played Atoms hockey but was forced to take a year off due to the birth of his sister. At the age of seven, he returned and joined the select travel team Maine Renegades. 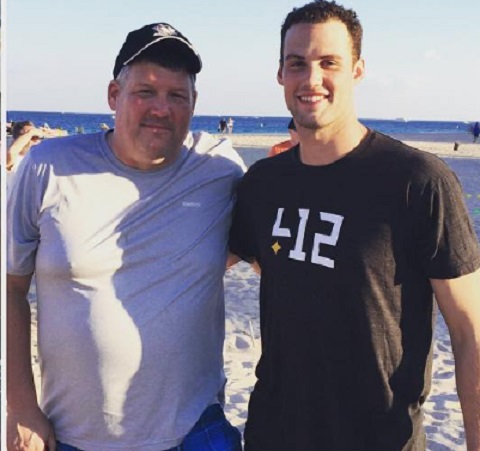 Brian Dumoulin with his father on a beach.  SOURCE: Instagram @du24theboyz

The Biddeford native also played for the national team of the United States of America. He has represented the nation at the junior level in some international games. He made his international debut after playing in the 2008 Ivan Hlinka Memorial Tournament.

Likewise, Brian was a part of the team that won a bronze medal at the 2011 World Junior Ice Hockey Championships. 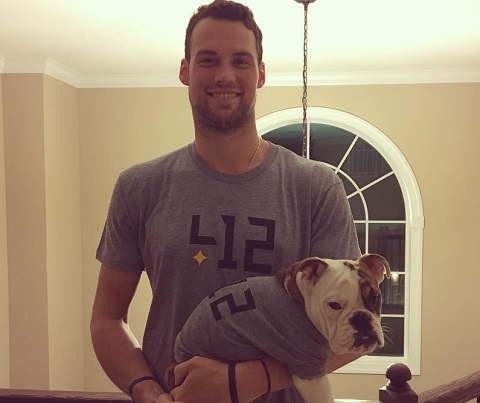 Dumoulin mainly shares updates on his professional games and events from his Twitter account. But we can find him on IG to get more details about his personal life.