Tupelo, Mississippi native, Brandon Woodruff was born on 10th February 1993, under the star sign Aquarius. He holds an American nationality and is of white ethnic background.

How Much Is Brandon Woodruff's Net Worth In 2021?

Brandon Woodruff is married to Jonie Woodruff for a long-time now. 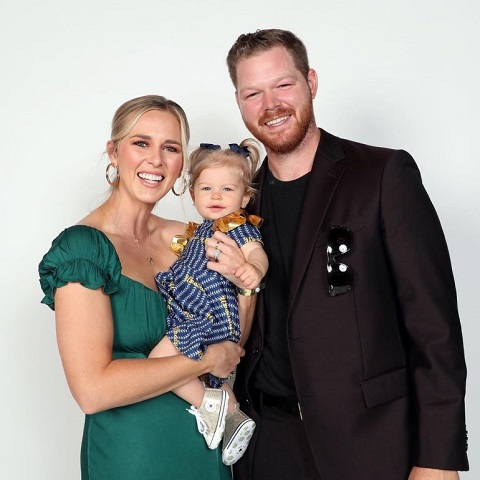 The couple is blessed with a baby girl named, Kyler. The baby girl was born on 31st August 2021. The Brew Crew shared a photo of Woodruff Family photo with newborn girl Kyler Alise Woodruff on Facebook, and they all look to be happy. Kyler weighed 7 pounds and was born at 11:07 p.m.

Woodruff enrolled at Wheeler High School in Wheeler, Mississippi. He was drafted by the Texas Rangers in the fifth round of the 2011 MLB draft out of high school but chose to attend Mississippi State University to play college baseball.

In 2014, Woodruff made his professional debut playing with the Helena Brewers and spent the whole season there. In 2015, he pitched for the Brevard County Manatees, recording a 4-7 with 3.45 ERA in 21 games (19 starts), and started 2016 there. In May 2016, he was promoted to the Biloxi Shuckers.

He began the following season with the Colorado Springs Sky Sox.

On 13th June 2017, Brewers promoted Woodruff to the major leagues.

He began 2018 with Milwaukee. In early April, he was optioned to Colorado Springs. In Game 1 of the National League Championship Series, Woodruff hit a home run off of Clayton Kershaw against the Los Angeles Dodgers, becoming the 22nd pitcher and the 3rd relief pitcher in postseason history to achieve the feat.