Brady Singer is an American professional baseball player who plays in the Major League Baseball (MLB). As of 2018, Brady Alan Singer currently plays for the Kansas City Royals as their pitcher. He played college baseball for the Gators of the University of Florida.

Brady Singer's Salary and Net Worth

Brady Alan Singer so far has made earnings of $2,147,500 from his entire baseball career.

Other than being a famous MLB pitcher, Brady Alan Singer is pretty famous in social media. He has 27k Instagram followers and 24.1k Twitter followers.

Brady Singer hasn't revealed a lot about his dating affairs. However, after going through his Instagram pages, he seems to be dating someone. He has posted a few photos of them together.

His girlfriend's name is Tori Hillen, who is recently a University of Florida graduate. As Singer also attended the same college, the couple might have met there for the first time and started dating each other.

The duo seems to be in a romantic relationship and their love chemistry is going on well.

Singer gifted his parents for Christmas 2018 by paying off a loan they had from the bank along with all of their debt.

Brady Singer had a great football career in college. While playing as a freshman at Florida in 2016, he played in a total of 23 games and finished the season with a 4.95 ERA and 38 strikeouts. As a sophomore, he helped lead Florida to the College World Series finals against the LSU Tigers and eventually won the national title. In 2018, as a junior, he led the SEC with ten wins and was named the SEC Pitcher of the Year. He finished the 2018 season with a 12-3 record and a 2.55 ERA. 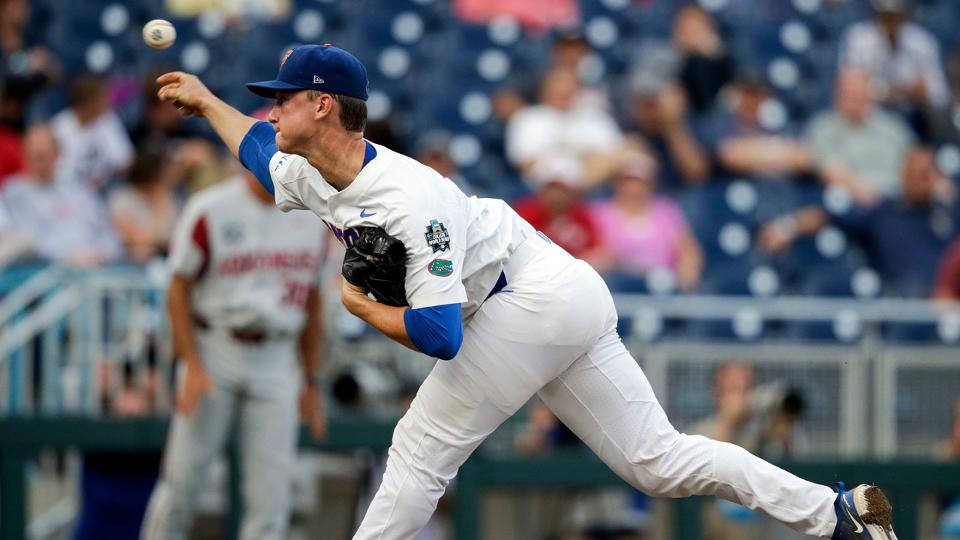 Brady Singer was drafted by the Kansas City Royals with the 18th overall pick in the 2018 Major League Baseball Draft. Finally, on July 3, 2018, he signed a contract worth $4.25 million dollars with the Royals.

Brady Alan Singer was born on August 4, 1996, in Leesburg, Florida to parents, Brett Singer and Jacquelyn Singer. As per his nationality, he is American and belongs to the White ethnic group. Further, his star sign is Leo.

Brady Alan Singer is not only a world-class athlete but also has a very attractive individual. The famous MLB star is 6 feet 5 inches in height and weighs around 95 kg.