The renowned American professional baseball pitcher, Brad Wieck plays for the Chicago Cubs in Major Baseball League (MLB). Additionally, Brad made his professional debut on September 14, 2018, playing for the San Diego Padres and played for the team until July 2019.

Brad Wieck, who was born on October 14, 1991, was drafted in the seventh round of 2014 Major League Baseball draft by New York Mets. As per Brad's birth, he is an American nationality and belongs to the white ethnic group. Also, Wiek was born under the star sign, Libra.

As an Amature player, he played college-level baseball, representing the teams of Cisco College and Oklahoma City University. Brad signed his first professional contract with the New York Mets and eventually was assigned to play for the Brooklyn Cyclones and Savannah Sand Gnats in 2014 and 2015 respectively.

The famous baseball player, Brad is yet to be economically stable as he has collected only $371,920 as career earnings. As of  2019, Brad receives a base salary of $555,000 for his team Chicago Cubs, making him 55th best-paid player of the team.

His earnings are much lesser when compared to the experienced players of the team like Jon Lester and Jason Heyward. Jon being the top paid player of the team has an annual salary of  $27,500,000 and the second-best paid Jason earns $22,500,000 as an annual average salary.

Brad is already in the marrieds' club. Well, he is married to his long-term girlfriend, Emily Wieck, making his love eternal. Further, he proposed the love of his life on September 3, 2015. Brad tied the wedding knot with his wife on September 17, 2016. 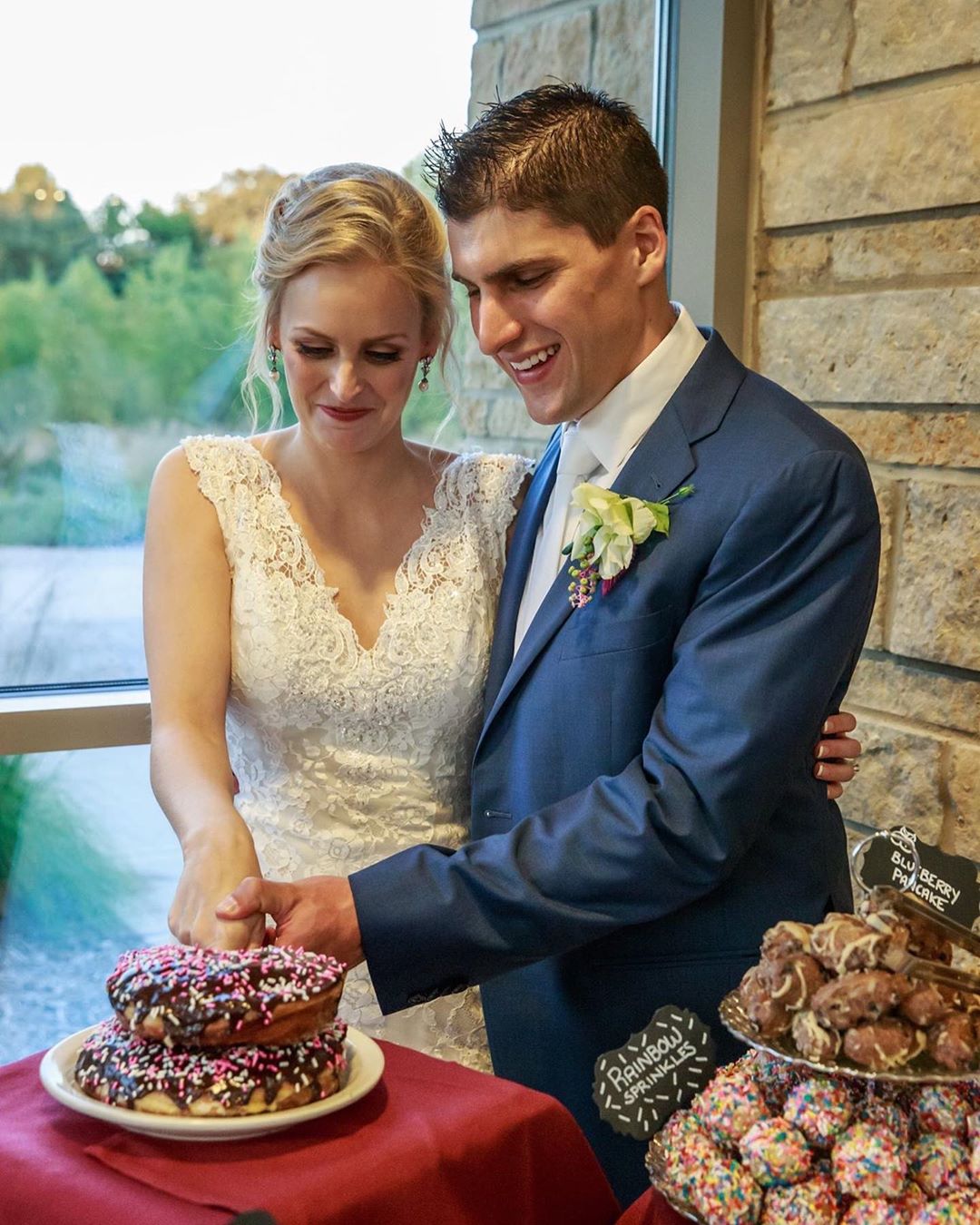 On the day of his wedding, he shared his happiness via his Instagram account, posting a picture with the caption of "I'm a lucky guy. Today's the day. Time to celebrate! #NewlyWiecks."According to the sources, Emily and Brad are living their life all smooth but they haven't planned for their baby yet.

In Love With Nature And Adventure

The young 27 years old baseball player seems to be a nature lover. Matter of fact, his Instagram account has a lot of pictures of natural scenery which suggests that he often visits naturally blessed places.

Specifically, he was spotted enjoying his time in places like The Cliff Laguna Beach, Supai, Arizona, Minnehaha Falls, and many more. Besides, he is also an adventurous person who loves surfing as well as exploring naturally challenged places.

Fishing Is His Hobby

Apart from fishing, he is also into photography. Additionally, he regularly involves himself by clicking pictures of natural beauty. His Instagram account clearly depicts his photography skills. 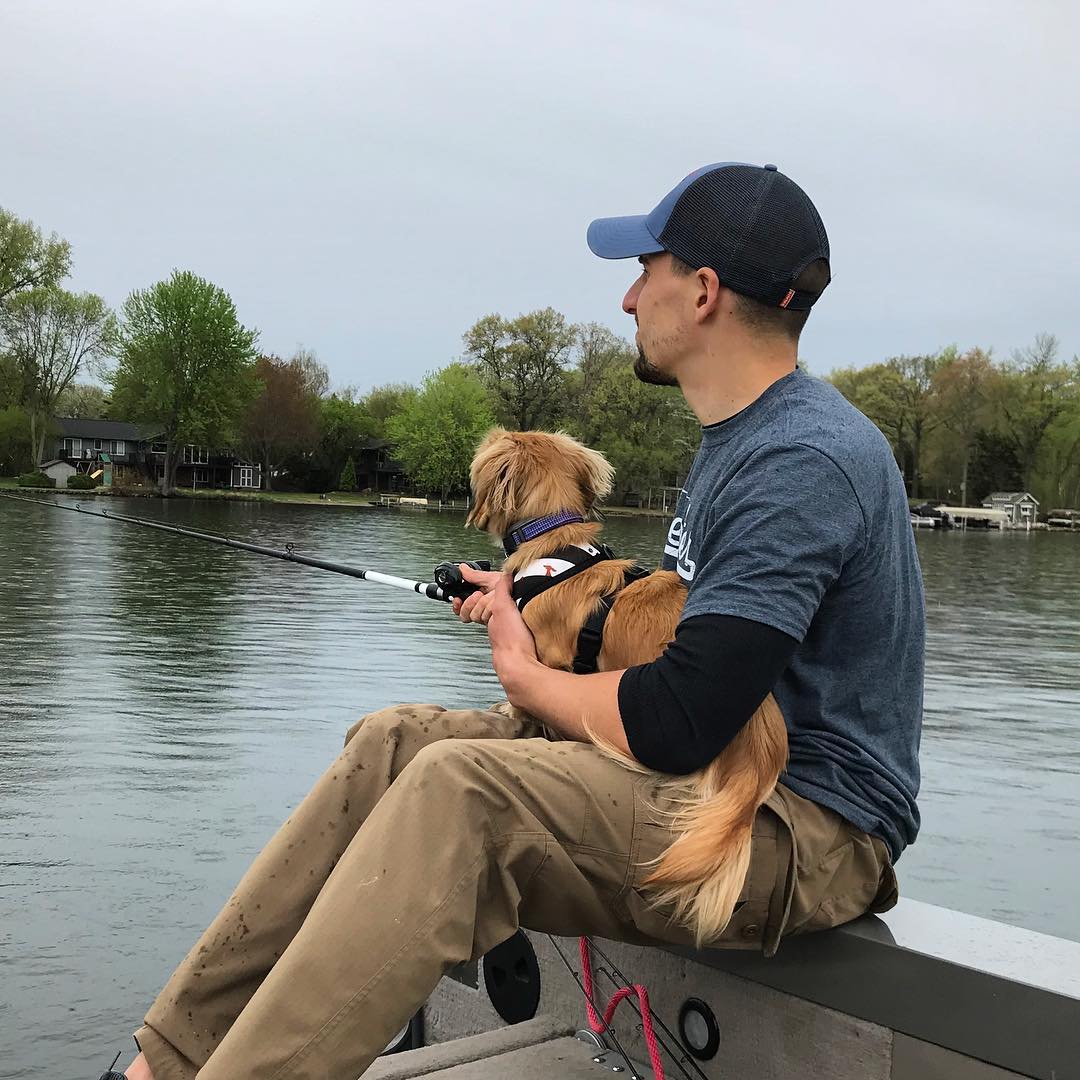 Previously, he adopted the dog named Annie on February 16, 2014 and unfortunately lost her after companion for nearly 16 years. He expressed his sadness after the loss of his dog, posting a picture of his late dog captioning: "One of my first photos with Annie, and my last. My little companion for nearly 16 years. My heart hurts so much without you. You are forever family. I’ll see you lakeside again someday. Rest easy, my girl. I love you."