Coric is a native of Croatia and helped Croatia capture the 2018 Davis Cup. Unfortunately, missed 12 months from March 2021 to March 2022, including Davis Cup Finals, due to a right shoulder injury. Currently, He is training under Mate Delic, a tennis coach and former tennis player. Likewise, Borna also received the ATP Star of Tomorrow in 2014.

Who Is Borna Coric's Wife or Girlfriend? Explore His Love Life

Borna is currently single, but the rumors of the tennis player having an affair have remained in the limelight for quite a while now. All his Instagram posts show that Coric is focused on his career and is not dating anyone. Like many tennis players, Coric keeps his distance from the media and does not discuss his love life with the press. 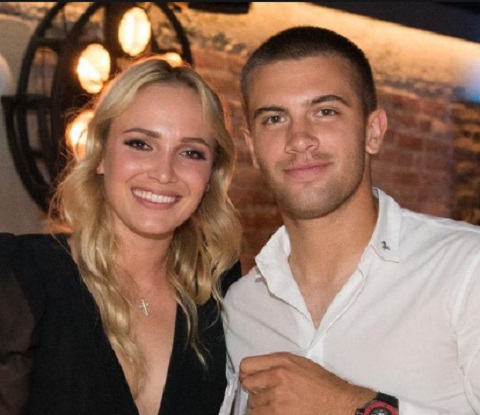 Despite staying lowkey, Coric was once rumored to have a relationship. He was linked romantically with Donna Vekic, a Croatian professional tennis player and businesswoman. Fans spotted her during Coric's match against Nadal in Cincinnati in August 2022. Donna came to support Coric.

Also, the camera kept panning at Donna, and people speculated that the pair were dating. As both of them have not responded to the dating rumors, we can't confirm whether they had a romantic affair. For your information, Donna once dated three-time Major winner Stan Wawrinka.

Coric makes a good amount of money from being a professional tennis player. His main source of income is prize money and brand endorsement. Considering his earnings, Coric holds an impressive net worth of over $5 million. As of now, Coric's total earnings are $10,259,405.

In 2022, Coric earned $1,603,586 through tournament wins. While turning professional in 2013, he earned $20,742 that year. Likewise, he has won 3 career titles in the singles category. From being a part of many tournaments, Coric has surely received decent cash. 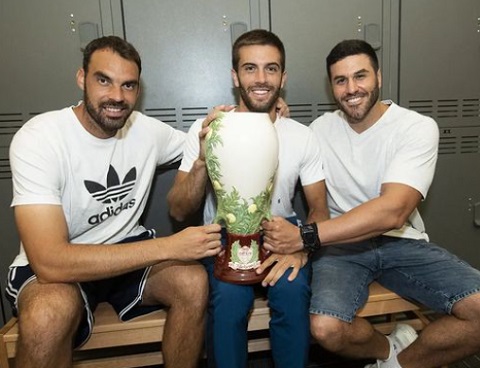 Borna Coric with his friends after winning a trophy SOURCE: Instagram @bornacoric

Enjoying a net worth of million of dollars, Coric relishes a lavish life. An online portal claims that he has a resident of Dubai, United Arab Emirates‎.

Coric also makes money from brand endorsement. He has worked with many sports brands. In 2020, he signed an apparel and footwear deal with Asics. So, he wears the Asics Court FF 2 shoes on the court. Before that, Coric had a deal with Nike. Similarly, Coric has a racquet deal with Wilson and uses the Wilson Ultra racquet. Since 2015, Coric has been serving as the ambassador of Hublot. Wang Xinyu has also worked with Hublot. In the same way, Coric became a brand ambassador for Old Pilot's gin in 2021.

Family Background: Who Are Coric Parents and Siblings?

Broan Coric was born on November 14, 1996. The Zagreb, Croatia native was raised by his loving parents, Damir Coric and Zeljka Coric. His father, Damir, was a recreational tennis player. He also owns a small business in Zagreb.

So, it can be said that Coric was inspired by his father to get involved in tennis. Coric began playing tennis after watching his father play at a local club. In his early days, Coric received great support from his parents. Meanwhile, he also has a sister named Bruna.

Coric had a decent career as a junior tennis player. In 2013, he reached the semifinals of both the Australian and French Open junior events. Likewise, he won the boys' singles event at the US Open against Australian Thanasi Kokkinakis in three sets. After that, he moved to No. 1 in the junior rankings.

Since 2013, he has played professionally and has been a major part of multiple tournaments. Playing in many games, Coric has also been injured a few times. In 2016, he was forced to retire during a quarterfinal match due to a knee injury. Later, it was announced that he would undergo season-ending knee surgery.

In the third-place match of the St. Petersburg Open in 2017, he withdrew from the match due to injury. In 2019 at the Australian Open, Coric retired due to a back injury. Likewise, in 2021, Coric announced that he had undergone shoulder surgery. 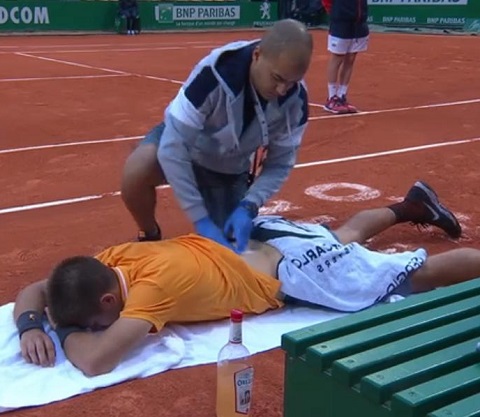 Coric spent the rest of the year recovering from it. Finally, in March 2022, he came back into action.

The tennis player Borna is a social media active. With a huge fan following, the tennis player is active on the Instagarm handle with the username @bornacoric. Borna has amassed over 258k followers on the platform and often communicates with his fans online.