Pettit went to Baton Rouge High School, where his basketball career kicked off. After completing high school, Pettit chose to play with Louisiana State University (LSU). In 1954, Pettit's number 50 was retired at LSU. Due to his amazing performances, he was honored with multiple titles, including being named a member of the LSU Hall of Fame. He has already retired from professional basketball and is enjoying a private life.

How Much Is Bob Pettit's Net Worth? All About His Salary and Career Earnings

During his professional career, Pettit played prominently for the Milwaukee/St. Louis Hawks. It is believed that Pettit has a net worth in the six figures, but the actual amount remains under review. There is very less information regarding his contract, due to which his salary remains unknown. It is reported that Pettit only had $100 when the Hawks signed him at Bob's NBA draft. Later, he and the Hawks team agreed on a deal worth $11,000. It was an all-time high contract for an NBA rookie then. So, we can say that Pettit may have earned a fair sum of money while playing with the Hawks team.

Jaylen Morris also plays for the Milwaukee/St. Louis Hawks, where he has an impressive salary.

Pettit's Wife Passed Away In 2010: Their Married Life & Children

Pettit now appears to be single, as there are no facts of the former player being married or having affairs. However, he was married in the past. Pettit tied the knot with his then-wife, Carole, in 1965. They led a happy married life sharing the bond of a husband and a wife for a long time.

Bob and Carole had also started a family of their own. They gave birth to three children throughout their marriage, but their names are missing from the web. In the same way, Pettit is the proud grandfather of 10 grandchildren.

The Pettit family faced a tragic incident in their life when his wife, Carole, passed away in 2010. The death cause of his wife remains unknown, and since then, Pettit has been leading a solitary life.

Everything From Bob Pettit Early to Professional Career

Bob had a humble beginning at Baton Rouge High School. After high school, he received offers from many universities but chose to play at nearby Louisiana State University (LSU). In 1952, Bob made his varsity debut at LSU. During his junior year, he helped the LSU sail through a 23-game regular-season program with only one loss (to Tulsa). Bob Pettit when he was at LSU.  SOURCE: Twitter @paulieknep

As a senior at LSU, Pettit averaged 31.4 points and 17.3 rebounds per game. Finally, in 1954, Bob's number 50 was retired at LSU. After finishing his collegiate career, Pettit's professional career kicked off after getting selected by the Milwaukee Hawks in the first round of the 1954 NBA Draft.

In each of his 11 NBA seasons, Pettit averaged at least 20 points per game and at least 12 rebounds per game. Not only that, but he never finished below seventh in the NBA scoring race. After finishing his contract in 1995, Pettit retired from professional basketball.

Bob was also inducted into the Naismith Memorial Basketball Hall of Fame in 1970. Michael Jordan is also a former player whose NBA career is mindblowing.

What Is Bob Pettit Doing Now? Life After Retirement

After retirement, Pettit left sports and started a different venture. For 23 years, he worked in the banking industry in Baton Rouge and Metairie. In 1988, he entered financial consulting. 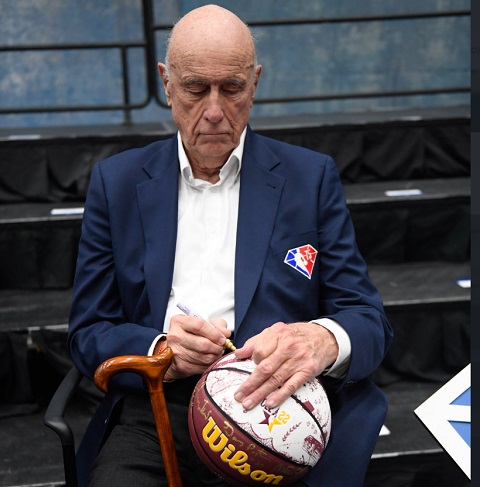 Likewise, Pettit retired from Equitas Capital Investors in 2006. It is a financial consulting company that Pettit co-founded. So, it is believed that Pettit is enjoying his retired life privately.

Bob's parents are engaged in different fields. His mother, Margaret, worked as a realtor, while his father, Robert, was a county sheriff. Robert served at East Baton Rouge Parish from 1932 to 1936. Furthermore, Pettit received huge support from his father as he pushed Bob to practice in the backyard of the Kemmerly house until he enhanced his playing skills.

So, his father's support worked as Bob became a starter and made the All-City prep team as a junior.

The former professional player Pettit is a tall guy whose height measurement is 6 feet 9 inches (206 cm). Meanwhile, he weighs 95 kg which is 205 lbs. 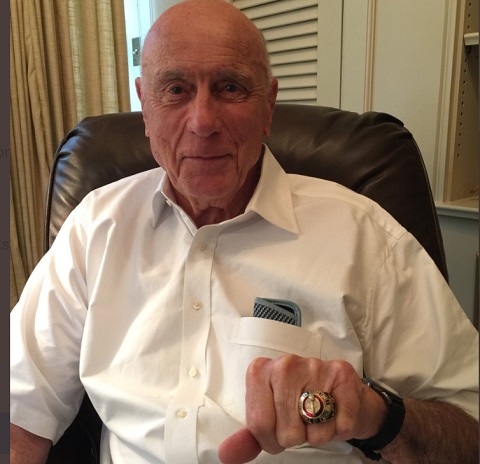 While being a professional basketball player at the Milwaukee/St. Louis Hawks and Pettit wore jersey number 9.

Is Pettit Active on Social Media?

Pettit won some awards and titles during his professional career due to his performances. Some of his accolades are listed below:-