Bo Van Pelt is an American professional golf player who has been playing in the PGA Tour and Nationwide Tour. Bo turned professional in 1998 and has played in more than 420 games. Van has won six major tours in his career including PGA Tour, European Tour, Asian Tour, Korn Ferry, and a few more.

Bo Van Pelt was born on May 16, 1975, in Richmond, Indiana. He seems to be the only child born to Bob Van Pelt and his wife. His father was also a sports personality. He is a former American football player and was selected in the fifth round of the 1967 NFL Draft by the Philadelphia Eagles. Pelt graduated from Richmond High School and enrolled at Oklahoma State University. Talking about his physical appearance, Bo stands six feet and four inches tall and weighs 90 kgs.

Bo Van Pelt has an estimated net worth of more than $20 Million. Bo has accumulated most of his net worth through his successful career with golf. Bo earned $70,000 in his very first season as a professional golf player. In the following season, he took home $4139,00. In the 2003/4 season, Pelt marked his million earning after he made $1.5 Million from 30 events he played. 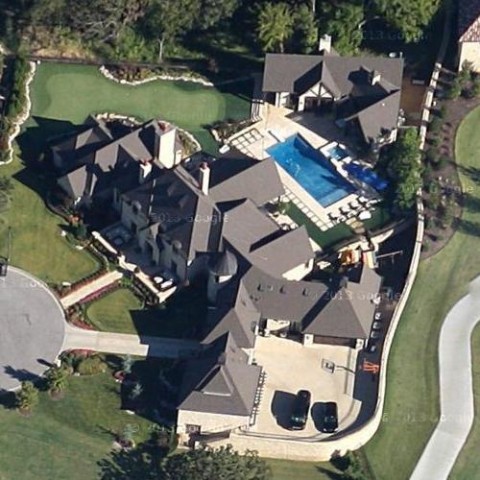 The American golf player must be earning millions from his endorsement deals, advertisement deals, sponsorships, and contracts. In the 2009/10 season, Bo earned more than $3.3 Million from his 30 events, which remains his highest-earning in a season. Lately, He has not been able to make much. Last season, Pelt earned $50,000 from 18 events.

Who is Bo Van Pelt's Wife? Know About His Wife and Children

Bo has been married for more than twenty years. Bo tied his wedding knot with Carrie Van Pelt in 1999. At the time of their wedding, none of them were in the limelight so, there is not much information about their first meeting and their wedding ceremony.

Richmond Native Bo is the proud father of three children, Olivia, Trace, and Crew. Pelt likes to keep his personal life away from the public. He is only active on Twitter, where he shares only about his games and training. The family of five must be living a happy life. There have been no rumors of the couple having ups and downs in their marriage life.

Bo won several Amateur tours in his early days. He has played in more than half a dozens of World leagues globally. The player started his career on the Nationwide Tour and won the Omaha Classic. Pelt began playing with the PGA in 2005 and captured his maiden victory in 2009 at the U.S. Bank Championship in Milwaukee.

In 2012, Van earned his first European Tour victory winning, the ISPS Handa Perth International. In 2012, He ranked at no.20 by World Golf Ranking, which remains the highest rank in his career. He went through surgery in 2017, which took him out of the game for three years. Bo is making his comeback in the last few years. Rory Sabbatini is another golf player playing professional golf since 1998.