An American professional golfer, William Harlan Hass, popularly known as Bill Hass, plays in the PGA Tour and has won the PGA tour for six times and is also a winner of FedEx Cup. Prior to playing at PGA Tour, he used to play at Nationwide Tour. He is one of the reputed and known golfers in America. Following his outstanding performance in the season, he was awarded the Haskins Award in 2004 and FedEx Cup Champion in 2011.

Bill was born on May 24, 1982, in North Carolina. He belongs to a distinguished family of golfers. His father is Jay Haas, who is a former professional golfer. He has been the nine-time PGA Tour winner.

Together with his father, he has won the CVS Caremark Charity Classic in  2004 which was an unofficial PGA tour Event. His brother, Jay Haas Jr. and uncle Jerry Haas are also former professional players playing in PGA Tours.

His nephew Bob Goalby was also a golfer who was 1968 Masters Tournament.

Bill was grown and raised in Greer, South Carolina. He grew up watching his father play and with the encouragement of his brother who also is a golf player.

Because of his family members being very fond and enthusiastic to golf, he also could not be void of it. He started playing golf since his young age, under the guidance of his father and other family members. He joined at the school near his hometown and also completed his high school therein.

He was in his school and college golf team. Later, he joined at Wake Forest University where he also played golf for the college team.

He then became the third member of his family to play golf at Wake Forest University following his father and uncle.

He had a very reputed and impressive college career as he was the three times first All-American, four-time All-ACC, two time ACC player of the year and 2001 ACC rookie of the year.

He had won ten college tournaments and in his senior year, he was awarded Haskins Award, Jack Nicklaus Award, and Ben Hogan Award. Following his success, he turned professional in 2004. Prior to playing at PGA Tour, he was a member of Nationwide Tour (Web.com Tour as it is known at present). 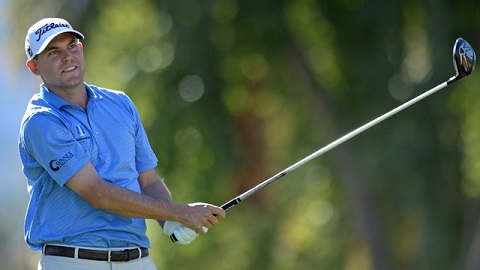 He got the card to play in the PGA Tour only in 2006 after he birdied the last two holes in 2005 PGA qualifying tournament. Gradually and slowly, he started to perform better and later on, he won the PGA tour and also being ranked in the money list.

He had a wrist injury that had hampered his performance in 2014. However, recovering with that, he grabbed his sixth PGA Tour victory in 2015 at the Humana Challenge which has been the second time of the victory of his career on that Challenge.

As a successful golfer, he has made a pretty amount of bank balance from his earnings. His total career earnings boosted his net worth. Bill has a high net worth of $16.1 million and enjoys a very good salary pay including the money prizes from the game.

Moving onto his personal life, he is happily married to his beautiful wife, Julie Taylor Arrington. She was born on 26, 1984 in South Carolina. She has graduated in BS and accounting from the University of South Carolina in 2006 and has completed her master’s degree from College of Charleston in 2007. It seems, the couple had met somewhere in their hometown and had started dating.

Prior to this relationship, there has been no record of his other affairs. The couple got married on June 11, 2011, at Farm located in Old Edwards Inn in Highlands.

This loving couple had welcomed their first baby on May 13, 2013. The child is very adorable and his name is William Haas. 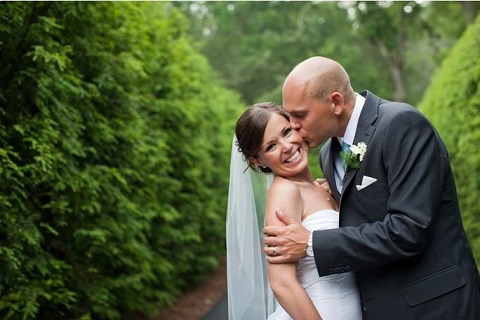 To learn more on Bill Haas, his fans can go through Wikipedia where his short biography is written. Besides, following him on his Facebook and Twitter accounts can be helpful to learn more on him going through his updates