Bethany Dempsey is an American educational psychologist who is well recognized as the spouse of Clint Dempsey, an American retired footballer. In 2010, she rose to fame after posed the national jersey in body paint for Sports Illustrated.

As of now, Bethany is living a delightful life with her husband and four children. Currently, the family resides in England.

Bethany Dempsey  Net Worth and Salary

As of 2019, Bethany’s net worth is yet to be revealed. Her husband, Clint Dempsey, on the other hand, has an estimated net worth of $16 million, mostly earned through his football career.

Bethany Dempsey is the beautiful wife of an American retired professional footballer Clint Dempsey. The duo met at Furman University in Greenville, South Carolina. At first, both became friends and later their relationship bloomed into a romantic dating.

According to the source, the pair dated for a year before the wedding. On 28th July 2007, Bethany and Clint got married at St. Anthony of Padua Catholic Church. Furthermore, the couple is blessed with four children: two son Jackson and Clayton and two daughters Elyse and Sophia.

I just wanted to thank my family, friends, and everyone else who supported me last year. I look forward to making the most in this one. Much love and God bless. photo cc @erin_crum_photography

Though Bethany is quiet in social networking sites, her husband often shares their beautiful family pictures via his official socials. Also, there is no news and rumors regarding conflict, extramarital affair, as well as divorce. Hence, Bethany is living a blissful life with her husband and children.

Bethany Dempsey was born as Bethany Jean Keegan in Boone, North Carolina. Regarding her nationality, she holds an American citizenship card and ethnic wise, she is white. She was raised alongside her sister Cyndy Keegan by their parents Patrick Keegan and Anita Keegan.

Upon her high school graduation, she enrolled at Furman University in Greenville, South Carolina. Further, she joined Appalachian State University where she received a Master’s degree.

There is very few information about her professional life. Bethany Dempsey is an educational psychologist by profession. She did an internship in Educational Psychology. Nonetheless, she rose to fame after she posed for Sports Illustrated in 2012, showing her hot body paintings. 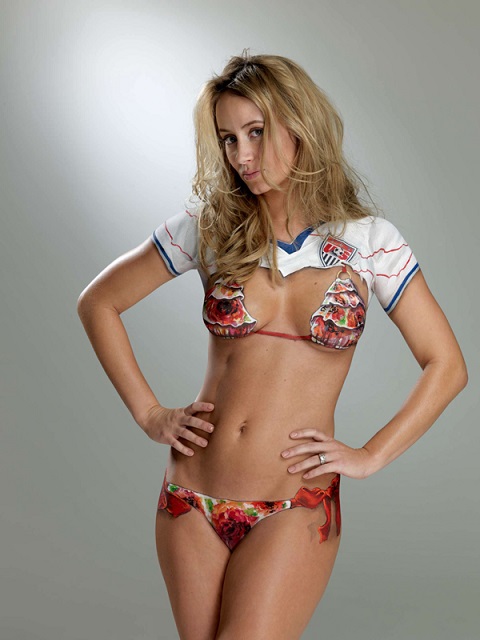