Ann-Kathrin Brommel is a model and singer who is a cast member on the television show Germany's Next Top Model and has also released two singles in Germany named "This Is Me" and "Body Language. She is also popular among football fans as the long term partner of German footballer Mario Gotze.

Having been together for around a decade, has the couple taken their relationship to a new level? Read below to know everything about Goetze's spouse in detail.

,Who is Ann Kathrin Brommel?

She was born as Ann-Kathrin Vida on December 6, 1989, in Emmerich am Rhein. She has two siblings; both brothers named Sebastian and Nils. She studied at Willibrord School and graduated in 2010. She took singing, ballet, and piano classes during her childhood and was an aspiring singer when she was very young.

Ann-Kathrin also released her first music single labeled 'This Is Me' under the stage name Trina B in 2010 and came up with a second single, 'Body Language' in 2011. 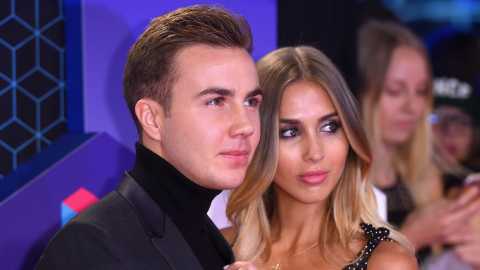 Brommel started her modeling career when she was 16 and appeared in a modeling contest in the seventh season of Germany's Next Top Model in 2012. She is signed to German Agency Rockstar Models since 2009 and also works with IMM models.

Ann Kathrin Brommel met her then-boyfriend Mario Gotze in 2012 and started dating in  July 2012. Her partner Gotze revealed that he would marry Ann someday in 2014 which came true after her footballer proposed her for marriage in June 2017.

Ann and Gotze tied the knot on May 7, 2018, in Palma de Mallorca in a secret ceremony. 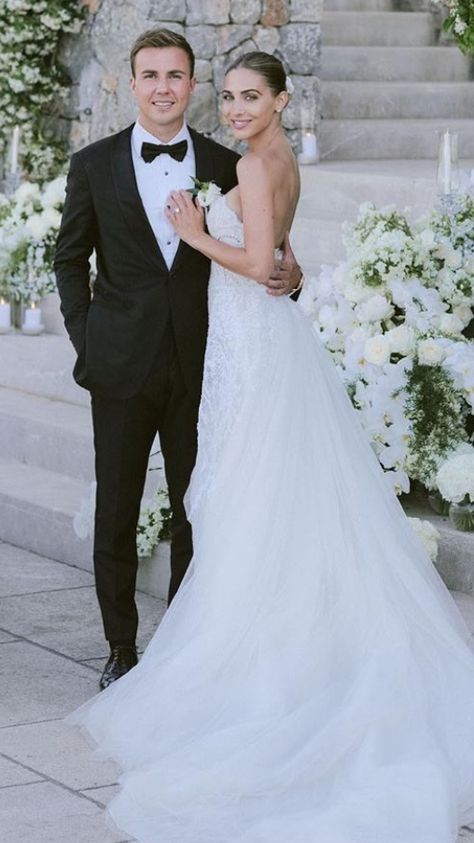 Her husband Mario Gotze is a German footballer who currently plays for Borussia Dortmund of the Bundesliga League. He was also a member of the World Cup 2014 winning team and also scored the winner against Argentina in the final.

Ann first signed with Metro Models GmbH, a Swiss model management company, and also did a photoshoot for GQ and FHM magazines. She has also worked for lingerie brand Lascana, while big brands such as Dior and Cluse watches frequently make appearances on her social media streams.

In 2014, Brommel was part of an advertising campaign for Ax body spray (Lynx in the UK) during the World Cup and posed for Lambertz chocolate company's 2015 calendar.

What is Ann's Net worth?

The model has worked with several companies and has earned pretty well through her career. Besides, she also has been promoting several products on her Instagram which add a pretty good value to her net worth. Her husband is a popular player with an annual salary in millions. His net worth in 2020 is $50 million approximately.