Andrew Putman was born Andrew David Putnam on January 25, 1989, in Tacoma, Washington. He is among the two children born to Dan Putnam and his wife, Karin Putnam. He has a brother named Michael Putnam, who is also a well-established American professional golfer. Putnam enrolled at Pepperdine University after graduating from Life Christian Academy. He won two tournaments and was a three-time All-American in his University career.

How Much is the Net Worth and Career Earnings of Andrew Putnam As of 2021?

Andrew has been earning millions in his professional career. A golf player has multiple incomes likes Prize Money, Endorsement deals, Advertisement, Sponsorships, and Contract. Also, a golfer earns as per his/her scores in the game. Andrew has an estimated net worth of more than $5 Million. 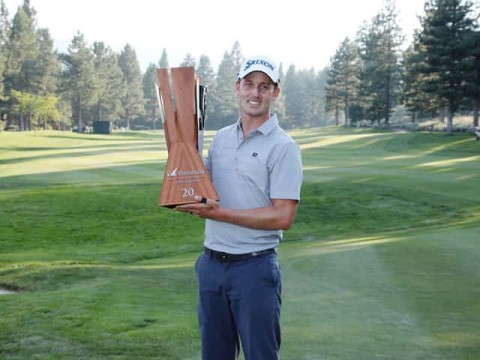 Andrew has earned more than $700,000 from two events, i.e., Sony Open in Hawaii and FedEx St. Jude Classic. Although Putnam turned professionally in 2011, He did not earn much in his early season. The golfer earned $282,000 in the 2014/15 season. In the following season, Andrew took home $2.4 Million, which remains the highest earnings in his single season. Adding all the prize money from his games, It sums up to $5.7 Million.

Who is Andrew Putnam Married To? Know About His Married Life

Andrew married his longtime girlfriend, Tawny Frans Putnam, in August 2017 in a private wedding ceremony. The love birds had been dating each other for sometime before tying their wedding knot. Nothing much about their first meeting instance is shared with the public. 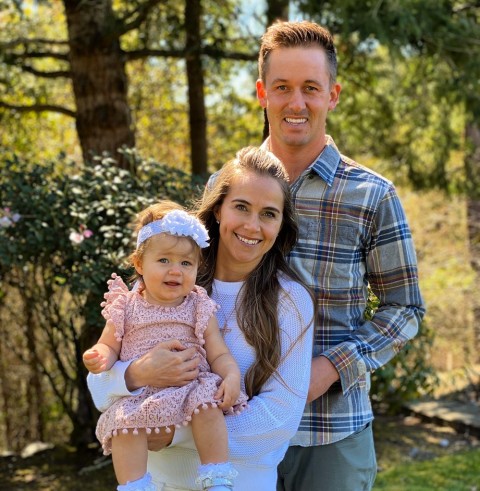 Andrew Putnam with his wife and daughter SOURCE: [email protected]

Tawny is a yoga instructor in the Phoenix area, where the couple lives. Andrew and Tawny are the proud parents of two children Pepper Marie Putnam and Paxley Putnam. Both of them are an active social media user and keep posting each other photos and videos regularly in their timelines.

The golf player played college golf in southern California at Pepperdine University in Malibu. He made his professional debut in 2012 with the eGolf Professional Tour.  After turning professional, Andrew played on the Web.com Tour in 2013 and was 49th on the money list. The golfer won his first event in April 2014 at the WNB Golf Classic on the Web.com Tour. After this phenomenal win, Andrew qualified for the PGA Tour.

Andrew made his PGA Tour debut at the Shell Houston Open in 2014. In the 2016 Web.com, He earned $125,000 after finishing 41st on the list. He also won the Panama Claro Championship in February 2017. Putnam tied for 4th in the WGC-HSBC Champions tournament in China in the following season, earning $393,000.