Andre Burakovsky is an ice hockey player playing for the Seattle Kraken of the National Hockey League (NHL). He is a native of Austria but represents Sweden at the national and international levels. Burakovsky is a very gifted player with great hands and puckhandling ability. Wearing jersey number 95, Andre plays as a forward.

Burakovsky has been playing ice hockey for over a decade and has achieved great success in his long-term career. Before beginning his NHL career, Burakovsky played in the Kontinental Hockey League (KHL). Furthermore, Burakovsky's NHL career kicked off after getting drafted by the Washington Capitals. Meanwhile, Burakovsky received great support from his family as he grew up in an athletic background.

How Much Is Andre Burakovsky's Net Worth? Contract, Salary, Career Earnings

Burakovsky enjoys a lavish life as he has a net worth in the six figures. Andre is estimated to have a net worth of over $13 million. Andre has added most of his gains from being a professional ice hockey player. He plays with the Seattle Kraken and has a whopping deal of $27,500,000 which helps him earn $5,500,000 as an annual salary. 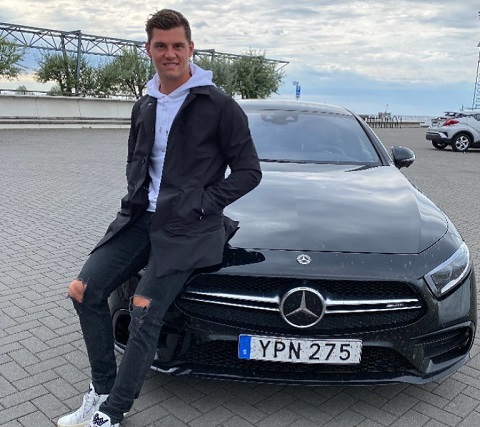 In the 2022-23 season, Andre's base salary will be $6,250,000, carrying a cap hit of $5,500,000. Jared McCann is another player playing at the Seattle Kraken whose net worth is in the millions. Before joining the Kraken, Burakovsky was a part of other NHL teams.

Andre Is in a Longterm Relationship With His Girlfriend, Johanna Scortea

Moving into his love life, Andre is already taken, and he relishes his romantic life with his gorgeous girlfriend, Johanna Scortea. The lovebirds also keep their matters to themselves, keeping their distance from the press. Due to that, we are unknown when and how the pair met and began dating. 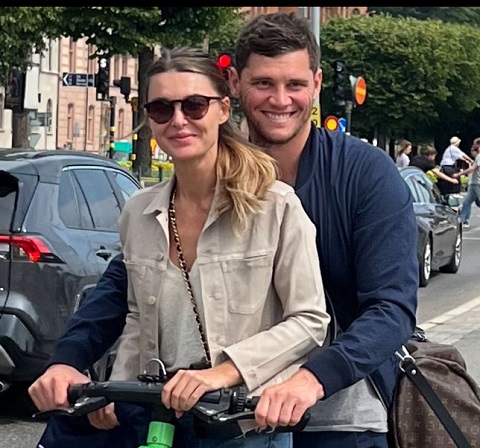 However, their social media posts show they have been together for a long time. Burakovsky frequently shares snaps with his partner on his Instagram handle. Together, the couple has gone to many places. In 2021, they were spotted biking around the Washington monument.

Also, the duo attended Nicklas Backstrom's wedding in July 2022. Furthermore, the pair celebrates Christmas together. Apart from that, Johanna is an active Instagram user whose username is @miss.scortea, and her IG bio shows that she is based in Seattle, USA.

Johanna Scortea Is a Model: Her Personal Life

Johanna Scortea was reportedly born on January 26, 1992, in Kristianstad, Sweden. Her mother is Georgeta Scortea, while her father's name remains unknown. Regarding her educational background, Scortea went to Kristianstad University and earned a bachelor's degree in business administration, economics, and international marketing in 2018. 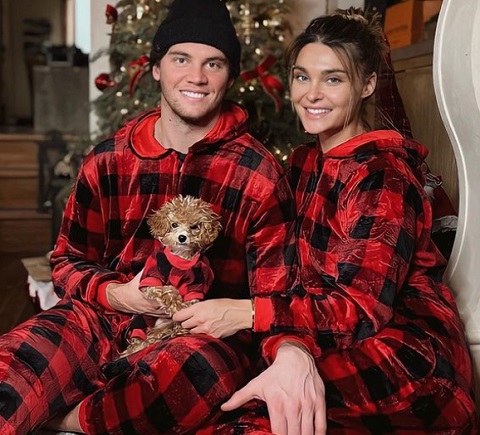 After that, Scortea went to Halmstad University, earning a double degree in real estate. After finishing her education, Scortea started working as a model. She has also worked with Zasha Swimwear. She is also a television personality who appeared in season 4 of Bachelor & Bachelorette Sverige (Sweden).

Andre Burakovsky was born on February 9, 1995, in Klagenfurt, Austria. Besides, he was raised by his parents, Robert Burakovsky and Pernilla Burakovsky, in Malmo, Sweden. It is the hometown of his father. So, Andre holds dual nationality of Austrian and Swedish. 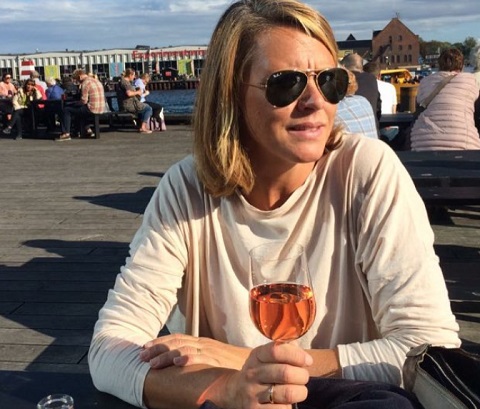 Regarding his ethnicity, Burakovsky has Russian-Jewish descent. Andre is not only the child of his parents as he was raised alongside his two siblings, both sisters named Alexandra Burakovsky and Anna Burakovsky. His father inspired Burakovsky as he is a former ice hockey player.

Andre's Father Is an Ice Hockey Coach and Former Player

Andre's father, Robert Burakovsky, is a professional ice hockey coach and former player. Currently, he serves as head coach for the Malmo team in Sweden's U16 Elit league. Robert played 23 games in the National Hockey League (NHL) during his career. He mainly played with the Ottawa Senators.

Besides NHL, Robert played for other teams, including Leksands IF, AIK, EC KAC, HC Ambri-Piotta, and MIF Redhawks. In 2012, he retired from playing ice hockey and began his career as a coach.

The Washington Capitals selected the Austrian native in the 1st round of the 2013 NHL Entry Draft with the 23rd overall pick. He signed an entry-level deal with the team on September 4, 2013. For the 2013-14 season, he joined the Erie Otters of the Ontario Hockey League. Andre Burakovsky in one of his professional games.  SOURCE: Instagram @andreburakovsky

On October 9, 2014, Andre scored his first NHL goal playing against Dustin Tokarski of the Montreal Canadiens. With the Capitals, Burakovsky played in five seasons and moved to play with the Colorado Avalanche on June 28, 2019. He was traded in exchange for Scott Kosmachuk.

Andre made his debut with Avalanche on October 3, 2019, in the opening game of the 2019-20 season against the Calgary Flame. He played with them for two seasons and helped them to win some major games. Since July 13, 2022, he has been a major part of the Seattle Kraken.

Apart from that, Burakovsky is also a national player who has played for Sweden's national ice hockey team. He was a part of the national side that took home a silver medal at the 2012 IIHF World U18 Championships. In the same way, Burakovsky has played in other tournaments, including the 2016 Ice Hockey World Championship.