Anastasia is the daughter of a famous Russian actress and film director, Vera Galgolevia. Anastasia is also known by her nickname Nastasiya Ovechkina. Currently, she is living happily living with her husband and their nearly 2 years old child, Sergei Alexandrovich Ovenchkin.

Anastasia Shubskaya's Net Worth and Earnings

Anastasia Shubaskaya is a famous Russian model and filmmaker. Besides being a famous model, she has been living a kind of secretive life. A very little is known about her net worth and earnings. Hence, her net worth and other earnings are still under review.

But, her husband Alex Ovechkin, is a famous ice hockey winger and has a stunning amount of net worth which is calculated to be $60 million. Further, he is estimated to have an annual salary of $3 million.

Besides, we don't have any rigid details about the couple's properties and assets. however, as soon as the news related to Anastasia's net worth flashes, we will update the data.

Anastasia Shubskaya's Personal Life; Know about her husband and children

Anastasia Shubskaya is currently married women. She is happily married to a professional ice hockey winger, Alexander Mikhailovich Ovechkin, also known as Alex Ovechkin. There is a little information about the duo but it is known that the couple met for the first time in 2008 Olympics Games tournament in Beijing, China. 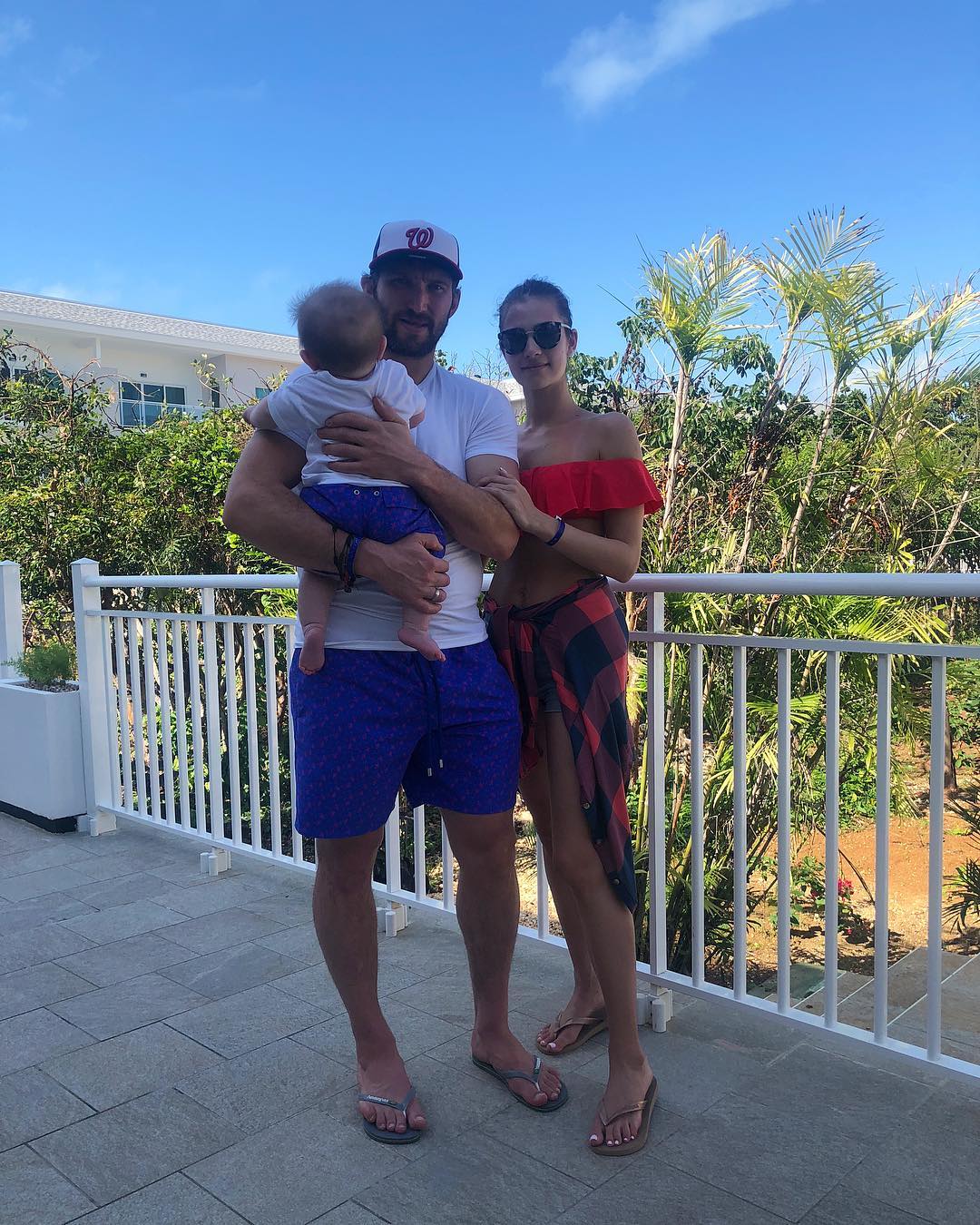 CAPTION: Anastasia Shubskaya with her husband and child SOURCE: Instagram

In September 2015, the dating couples were tied in a marital relationship, after barely one year after their engagement.

The couple welcomed their first child, Sergi Alexandrovich Ovechkin on August 18, 2018. The family is currently happily living in their large mansion located in Washington D.C.

Anastasia Shubskaya was born on November 16, 1993, in Switzerland. She spent her early childhood in her hometown until her parents moved to the capital of Russia, Moscow. Further, there are not many details about her early life. Unfortunately, there is also no account of her educational background and family background.

From an early age, Anastasia Shubskaya was drawn towards drams and entertainment. She also worked in some of her mother's project. She is a top model and film producer of Russia. She has appeared in Ferris wheel, Ka-de-bo and a television show, A Woman Wants to Know. In 2014 she was enlisted by Elle Magazine among the top 10 bachelorettes in Russia.

She has also generated decent popularity on her Instagram with 400K followers. She shares her personal life and modeling career with her followers.